What it's like to visit one of the most Instagrammable spots in the world, a giant salt flat that can take days to reach The world's largest salt flat, also known as Salar de Uyuni, is located in southwest Bolivia and it covers over 4,000 square miles (6,000 square kilometres) of the Earth's surface.

Over the years, it has become quite a tourist attraction - the main lure being the quirky perspective photos you can snap on the white salt. It is also known for being a bit tricky to travel to.

Here's what it's like visiting the largest salt flat in the world, one of the most breathtaking places I have ever been to.

I traveled to Bolivia during my five-month backpacking trip across South America in 2018. Like many other travellers, I flew into La Paz, the highest capital in the world which lies over 10,000 feet (3,000 metres) above sea level.

From there, I travelled by bus to Tupiza, a town in southern Bolivia.

I began my tour from Tupiza, a town that looks as if it's from a beautiful, old Western movie. The salt flats in this area are protected, so you can't freely enter them - you must be on a tour.

As soon as I arrived in Tupiza, I found plenty of places offering tours to the salt flat.

I didn't set up a tour ahead of time, so I browsed a few different options for quite a while and selected the one that seemed the best for me.

Getting to the salt flats was quite a journey that involved multiple days of driving. I jumped in an eight-seat, four-wheel-drive Land Rover and began my shared tour with three other travellers.

The tour company I used also brought along an English-speaking guide, a cook, and a driver.

We began the tour with three days of driving across Bolivian Altiplano to end in Salar de Uyuni on the fourth and final day. Along the way, I got to see and experience Bolivia's incredible landscape.

For the first three days of the tour, we drove up to 10 hours per day. Our meals were provided and prepared by the cook and we stayed in simple accommodations, including a hotel made entirely from salt.

Along the way, we stopped in plenty of beautiful places. The first day of the drive was tough because we drove up in elevation for about eight hours, since the salt flat is about 12,000 feet (3,600 metres) above sea level.

I drank tons of water, since it's important to stay hydrated in order to ward off altitude sickness.

On the second day, we jumped in hot springs, took photos at Laguna Verde, a famous green-coloured lake, and watched geysers spring from the earth.

We also saw a red-coloured lake. During the third day, we visited Laguna Colorada, a famous shallow lake, and Árbol de piedra, an isolated rock formation.

We saw animals, too. We also stopped by Lagunas Altiplanicas, where we spotted a few different species of pink flamingos.

By the fourth day, we had arrived at Salar de Uyuni. We woke up at about 4 a.m. on the final day of the tour, driving an hour across the salt flat to get to a place called Isla Incahuasi (Cactus Island) so we could watch the sunrise.

The island is a little hill on Salar de Uyuni filled with thick, giant cacti. We got to the top of it just in time for the sun to rise and shine on the pure white salt flats.

The salt flat is known for looking like a magical sea of mirrors — but it doesn't look like that year-round. I visited during the dry season, so I didn't experience the magical reflective effect firsthand.

The mirror effect of the salt flat occurs during the wet season, which is from around December or January to April.

During these months, a thin layer of water covers the surface of the salt, which makes it look like a perfect mirror in perspective photos.

I visited Salar de Uyuni during November, which is part of the area's dry season. When I visited in November, the salt flat looked like a sheet of fresh snow, but it was crunchy to touch.

Even though the salt was not quite as cold as snow, it was winter when I visited and it was quite chilly so I wore as many warm layers as I could.

Visiting during dry season did not hinder my experience - in fact, I think it's better to go during this time because visitors can access more areas of the landscape and there's less of a risk of tours getting canceled due to excessive rain (which is common).

We had two hours to take photos on the salt flats. 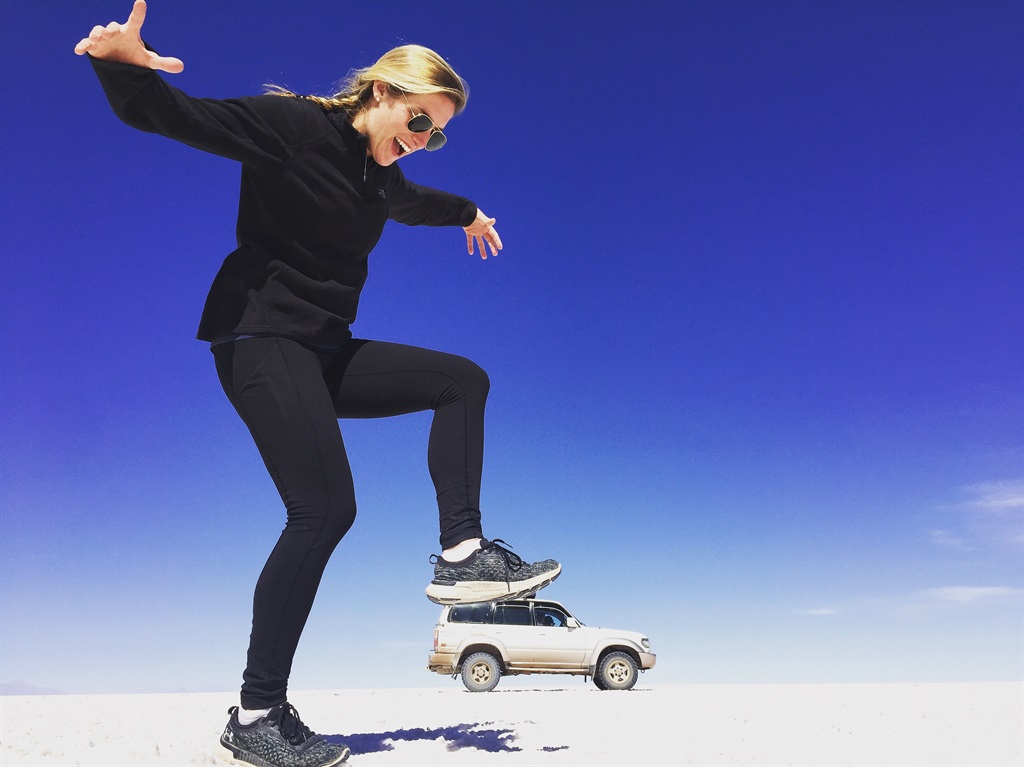 After we arrived, the tour guide took us across the salt flat so we could take pictures in a more secluded spot.

Here, we had about two hours to be goofy and snap tons of perspective photos.

To get the perfect shot, the photographer must get low to the ground. For some photos, the props (toy dinosaurs, boots, soda bottles) should be close to the camera, while the model is farther away in the background.

You can also do the reverse, standing close to the camera and moving props far away, which might make you look like a giant.

It took us a few tries to get this perspective thing just right, but once we did, it was super fun to pose and snap photos.

Taking pictures was especially cool because we had a group of people to work with. 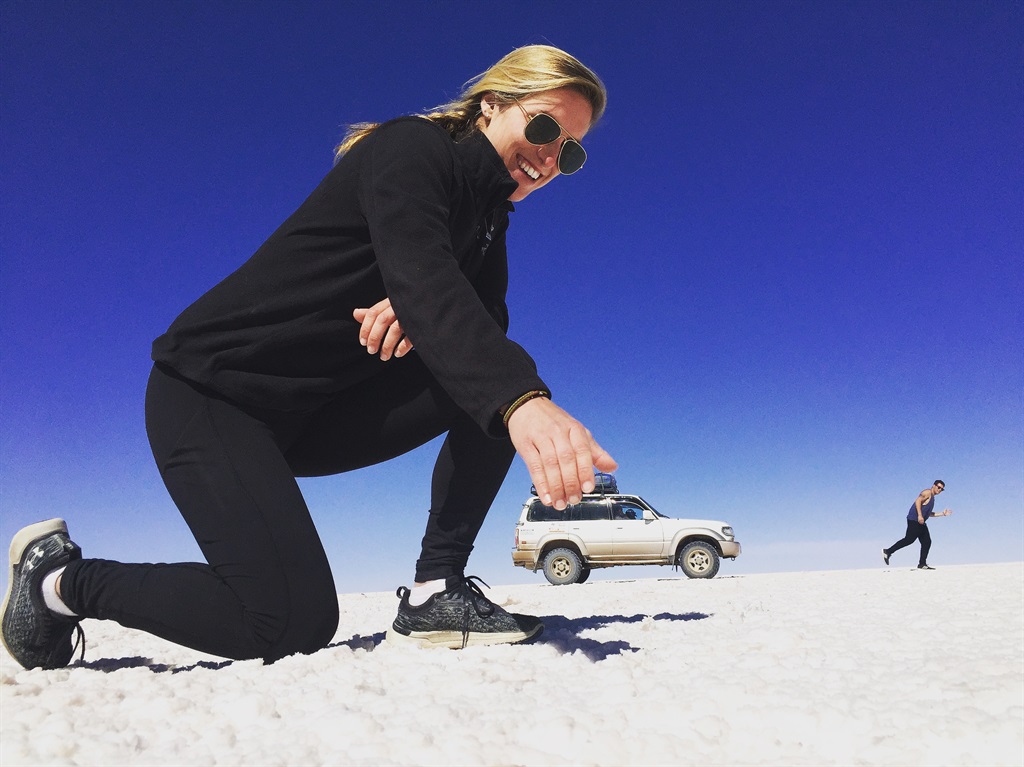 We did a couple of theatrical videos, such as having one person pretend to be a giant while they chasing the rest of the group, or having the group pretend to walk on a tightrope between two shoelaces.

It was such a breathtaking experience to be on the salt flat. I could look for miles and not see anything but a flat, white surface. I found it to be peaceful, stunning, and extraordinary.

I'm also really glad I brought my sunglasses, since the white was incredibly bright.

That said, I wish I knew a few things before I went. 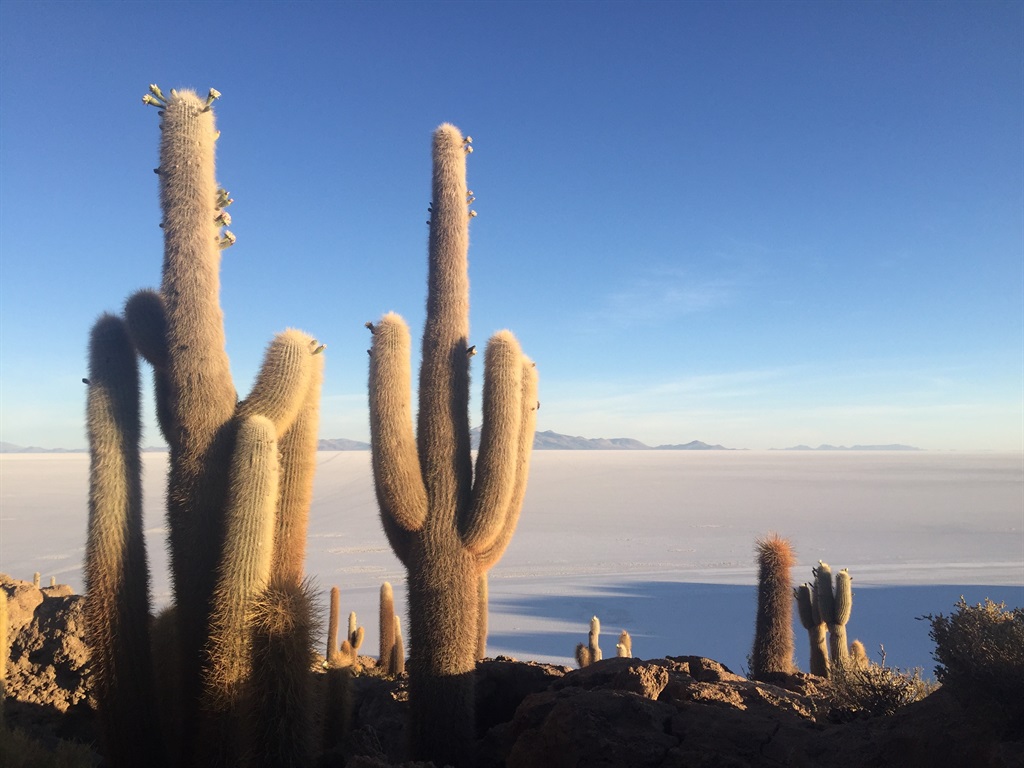 I wish I knew how cold it was going to be at night in this part of Bolivia since temperatures dropped well below freezing and our accommodation on the tour didn't have heaters.

If I were to do this again, I would bring a really warm jacket.

I also wish I had brought more props for photos, but I am glad I wore black. 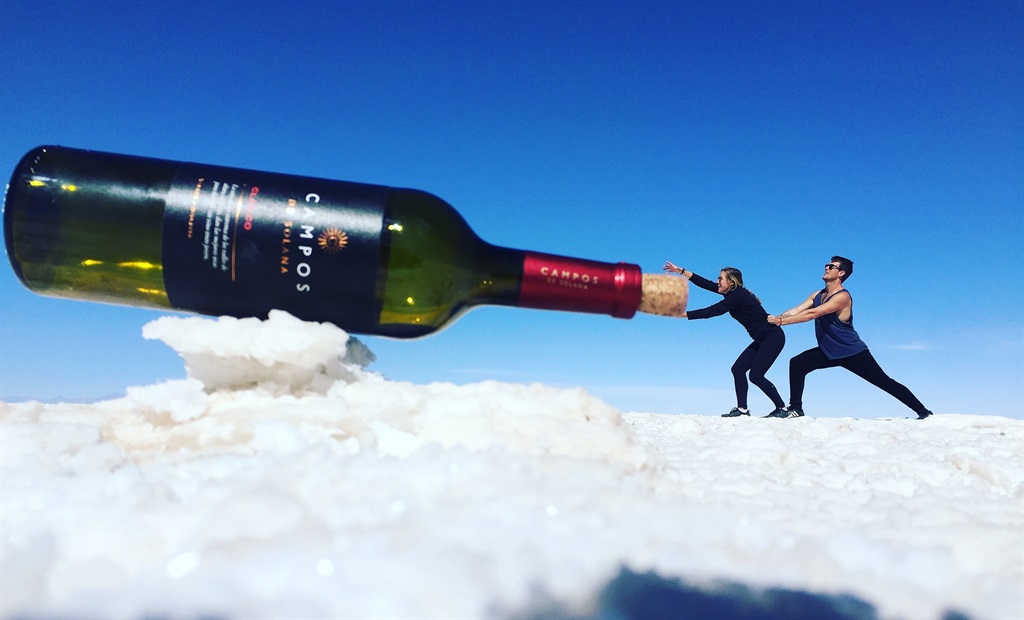 I learned later on that a lot of tourists bring toys, such as dinosaur figurines, to use as props. We weren't prepared for this, and we only had a bottle of wine and a jar of Vegemite.

Still, they made for some hilarious photos.

I'm also glad I wore dark clothing, since it seemed to really pop against the white and blue backdrop of the place.

All in all, this was a once-in-a-lifetime experience that I am glad I did. 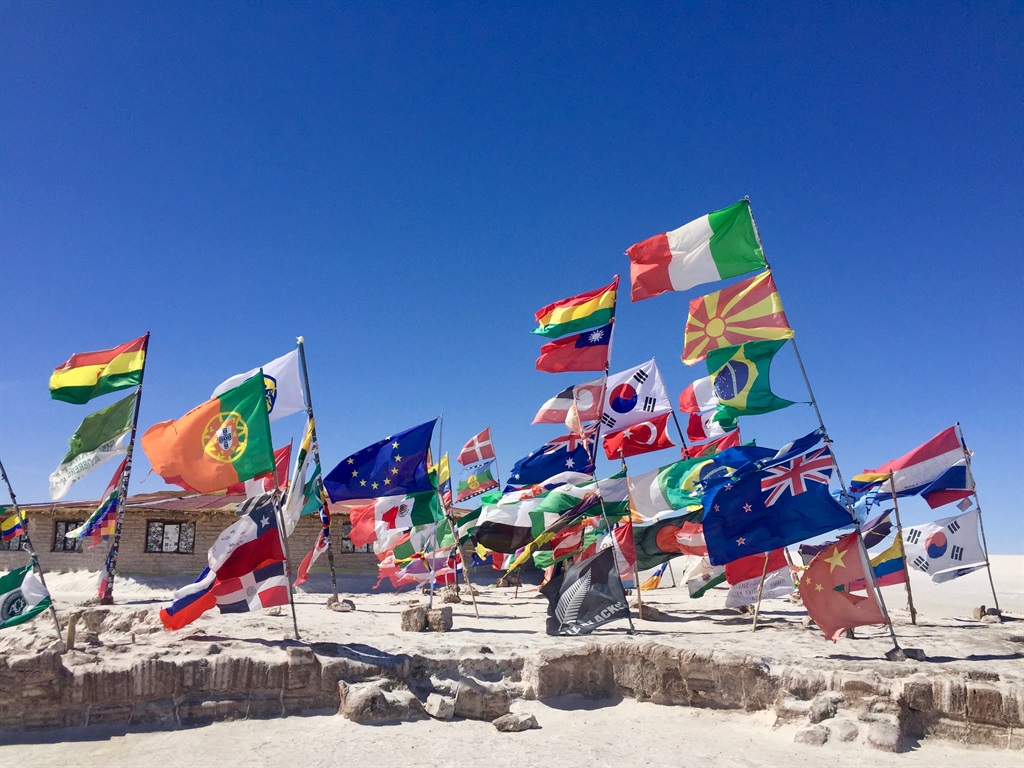 I had a wonderful adventure to and on this famous Bolivian salt flat and I'm glad I did my research about tours before I went.

All in all, whether you visit during the wet season or dry season, Salar de Uyuni will surely take your breath away.