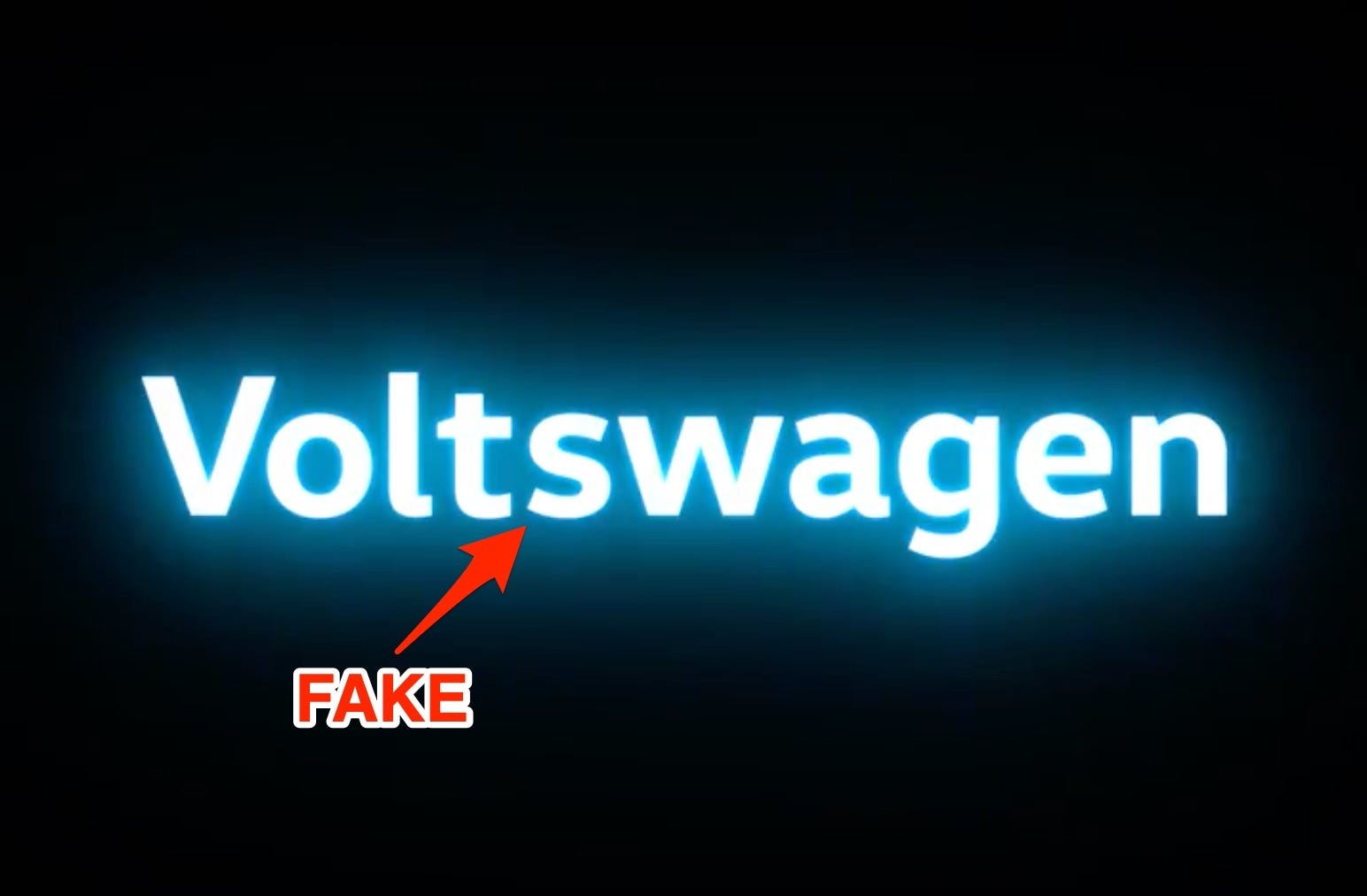 April Fools' Day came early this year for Volkswagen. Unfortunately, nobody got the joke.

The German automaker's US subsidiary said Wednesday that a previous press release announcing that it will rebrand in the US as "Voltswagen" was just a prank, as the media spectacle surrounding the possible renaming dragged into a third day.

"Volkswagen of America will not be changing its name to Voltswagen," a Volkswagen of America spokesperson told Insider. "The renaming was designed to be an announcement in the spirit of April Fool's Day, highlighting the launch of the all-electric ID.4 SUV and signaling our commitment to bringing electric mobility to all."

The fiasco began on Monday (March 29), when the company briefly published an unfinished press release announcing plans to rebrand as "Voltswagen of America" and add "Voltswagen" badges to its electric vehicles, CNBC first reported. On Tuesday - March 30 - VW posted an apparent finished release, which said, among other things, that the move was "a public declaration of the company's future-forward investment in e-mobility."

Volkswagen did not immediately respond to further questions about the timing of the prank.

If there was any winking or nudging in Tuesday's announcement, it was lost on the media and the public, which largely took it at face value. Wall Street took it seriously too, and Volkswagen's stock popped more than 10% Tuesday. Investment firm Wedbush Securities published a bullish note about the decision.

What began as an April Foolâ€™s effort got the whole world buzzing. Turns out people are as passionate about our heritage as they are about our electric future. So whether itâ€™s Voltswagen or Volkswagen, people talking about electric driving and our ID.4 can only be a good thing. pic.twitter.com/e6my2N0VO2

Volkswagen is in the midst of a massive push to reinvent itself and become a global leader in EVs - and the supposed name change was meant to reflect that - but just four years ago it pled guilty to deceiving US environmental regulators by cheating emissions tests. In the wake of the scheme to sell roughly 590,000 dirtier-than-promised diesel vehicles, VW was ordered by the US Department of Justice to pay $4.3 billion in civil and criminal fines.

Some users on social media speculated as to whether VW intended for the rebrand to be legitimate, but then walked it back following a flood of posts online deriding the move.

"Anyone who was involved in this decision should be fired immediately," one Twitter user said.