Princess Diana was always eager to meet with people of all ages and backgrounds while traveling.
Princess Diana Archive/Getty Images

Princess Diana is one of the most well-known members of the royal family and is still beloved by people all over the world.

In her short life, Princess Diana made a legacy for herself as a humanitarian, mother, and friend. However, many fans of the "people's princess" might not know interesting facts about her life, including how she met Prince Charles, how much her wedding dress cost, and who she called her friends.

Here are 16 things you might not know about Princess Diana.

Princess Diana's parents divorced when she was 7 years old. Princess Diana ended up living with her father after her parents' divorce and a vicious custody battle between her father and mother over Diana and her siblings.

When Diana Spencer was young, she wanted to be a ballerina. However, her dreams would never become a reality, as she soon grew to be too tall for the profession and was forced to give it up. Princess Diana was 5 feet and 10 inches.

Diana became Lady Diana Spencer when her father inherited the title of Earl Spencer in 1975. "Lady Di" became her unofficial nickname, even after she became the Princess of Wales when she married Prince Charles.

Princess Diana struggled in school and dropped out when she was 16. The soon-to-be princess struggled in school and eventually dropped out. While she was in boarding school, Diana failed her O-level exams twice before dropping out of school.

She later enrolled at a finishing school in Switzerland but was only there for one semester before meeting Prince Charles and dropping out.

When Princess Diana and Prince Charles met, he was dating her older sister.

Prince Charles and Princess Diana officially met when she was 16 years old and Charles was nearing 30.

According to The Sun, Prince Charles and Diana's older sister, Sarah Spencer, were rumored to be dating in 1977, before the royal couple got together. In fact, the older Spencer sister even reportedly takes the credit for introducing Charles and Diana.

"I introduced them. I'm Cupid," Sarah Spencer reportedly said at the time.

"I remember thinking what a very jolly and amusing and attractive 16-year-old she was," Charles recalled in a 1981 interview with The Telegraph. "I mean, great fun, and bouncy and full of life and everything."

The couple only met 13 times before they tied the knot. 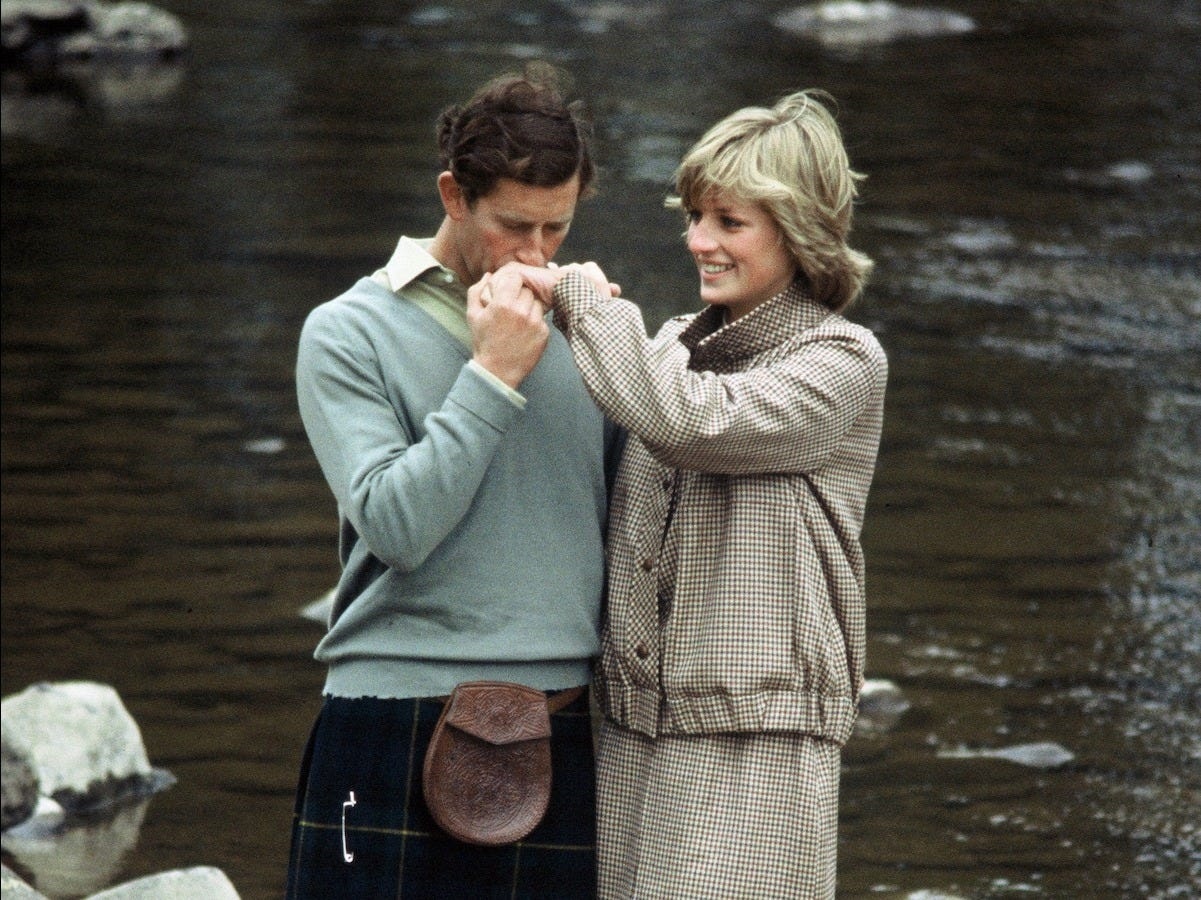 However, according to Town and Country, many of their conversations took place over the phone and it's reported that the pair only met in person a dozen or so times before they tied the knot in what would be called the "wedding of the century."

When Diana married Charles, she was just 20 years old. Princess Diana and Prince Charles on their wedding day on July 29, 1981.
AP

From the very beginning, Diana appeared to be a young woman totally in love. However, she still had her doubts about her soon-to-be husband.

"We had this ghastly interview the day we announced our engagement," she said in the documentary, "Diana: In Her Own Words."

"And this ridiculous [reporter] said, 'Are you in love?' I thought, 'What a thick question.' So I said, 'Yes, of course, we are,' and Charles turned around and said, 'Whatever love means.' And that threw me completely. I thought, 'What a strange answer.' It traumatized me."

Princess Diana reportedly chose her own engagement ring from a catalogue.

According to Brides, the ring was designed by crown jeweler Garrard but was chosen by the princess-to-be from a catalog, meaning that technically anyone could have purchased the sapphire and diamond ring.

According to Vogue, the royal family didn't approve of this and didn't want commoners having the same access to jewels fit for royals. At the time of its original purchase in 1981, the ring was estimated to cost about $36,000. Today, however, the ring is priceless.

When Prince William proposed to Kate Middleton, he proposed to her with his late mother's stunning engagement ring.

Princess Diana's wedding dress is estimated to have cost $115,000.

The dress was designed by husband-and-wife team David and Elizabeth Emanuel and featured sequins, lace, 10,000 pearls, and a 25-foot train.

Princess Diana was the first royal to give birth in a hospital. On June 21, 1982, Princess Diana broke with royal tradition when she gave birth to Prince William, and later Prince Harry, at the Lindo Wing at St Mary's Hospital in London. Prior to Princess Diana becoming a mother, it was usually custom for members of the royal family to give birth at the palace.

Duchess Catherine later gave birth to all of her children, Prince George, Princess Charlotte, and Prince Louis, at the same hospital. Prince Harry and Meghan Markle's son, Archie, was born at Portland Hospital in London.

Princess Diana chose both of her sons' names and disagreed with Charles on what William and Harry should be named. Princess Diana with Prince William and Prince Harry on a chairlift during a ski holiday in Lech, Austria, in 1991.
Tim Graham Photo Library/Getty Images

According to Diana herself in Andrew Morton's book, "Diana: Her True Story," Charles originally wanted William to be named Arthur and for Henry — who goes by his nickname "Harry" — to be named Albert.

Both names, however, were used in some regard. Prince William's full name is William Arthur Philip Louis, while Harry's is Henry Charles Albert David.

Princess Diana quickly became one of the most popular royals in modern history, a worldwide phenomenon called "Diana fever." Princess Diana was always eager to meet with people of all ages and backgrounds while traveling, and refused to wear gloves when meeting people, which was typically customary for royals.

Nearly 100,000 people cheered for Prince Charles and Princess Diana as they drove through the streets of Tokyo, exemplifying that Diana's popularity reached far beyond the borders of the United Kingdom.

In Andrew Morton's book, "Diana: Her True Story," the Princess of Wales also opened up about her mental health and struggle with bulimia as a result of her troubling marriage and complicated relationship with the press, who would make comments on her appearance.

In a 1995 interview with BBC, Diana described bulimia as a "symptom of what was going on in [her] marriage," and described it as "a secret disease."

"You inflict it upon yourself because your self-esteem is at a low ebb, and you don't think you're worthy or valuable," she said. "You fill your stomach up four or five times a day — some do it more — and it gives you a feeling of comfort."

"I was crying out for help, but giving the wrong signals, and people were using my bulimia as a coat on a hanger: they decided that was the problem — Diana was unstable," she said. 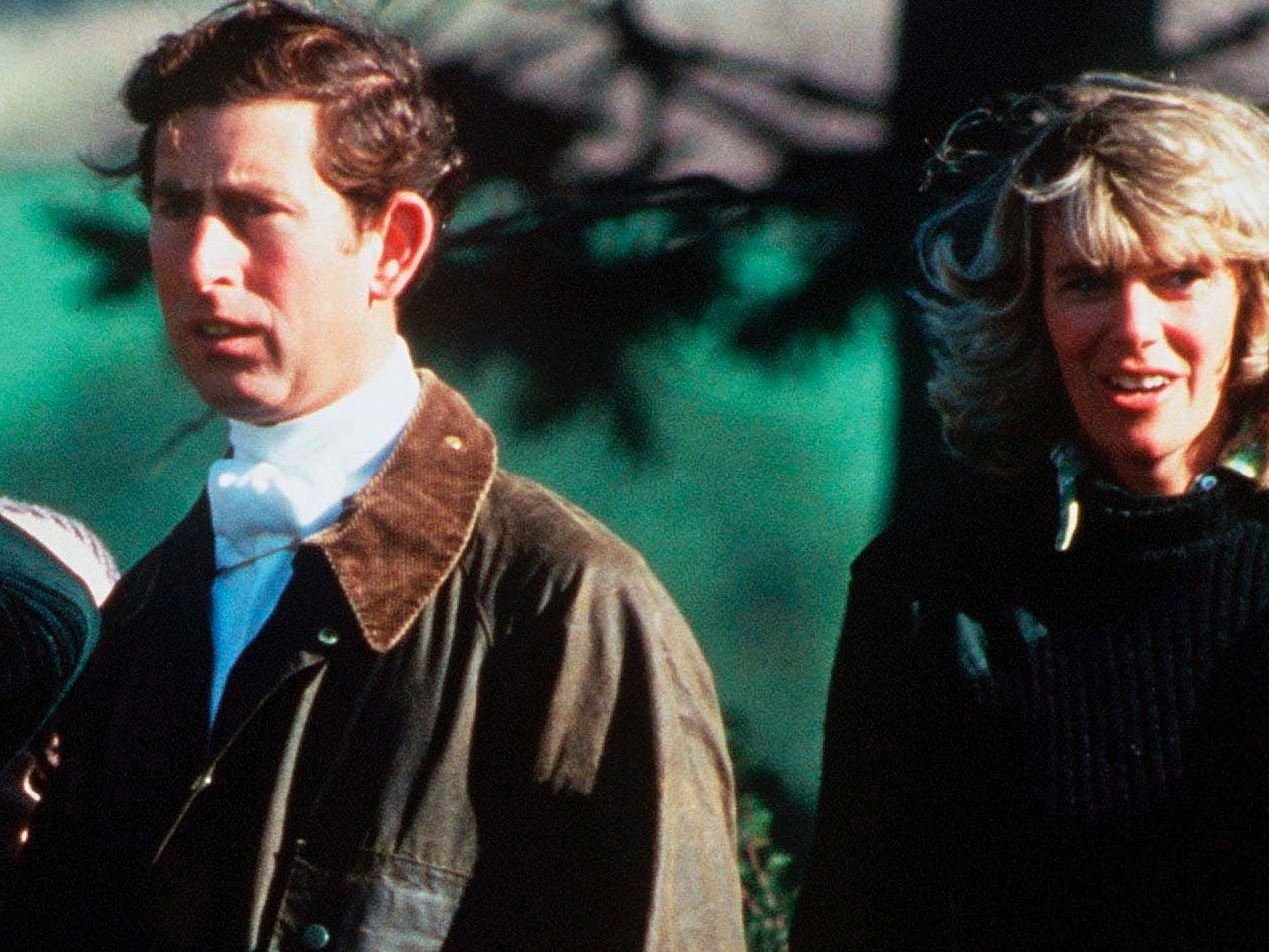 According to archived recordings from National Geographic and the documentary, "Diana: In Her Own Words," Princess Diana approached Camilla at a party after becoming suspicious of her involvement with her husband.

According to the recordings, Diana went downstairs where she found her husband speaking with Camilla and another friend. After her husband and the friend left the room, Diana told Camilla, "I'd just like you to know that I know exactly what is going on."

Diana then recalled Camilla defending herself by saying that Diana had "all the men in the world." However, when asked "what more could she want," Diana replied by saying, "I want my husband."

Diana had a number of famous friends in her inner circle. Princess Diana's grave can be found on a small island at the Spencer family's Althorp home in Northampton, England. General view of the Althorp home of Princess Diana of Wales on July 28, 2008, in Althorp, Northampton, England.
Barry King/WireImage/Getty Images

After her heartbreaking death in 1997 due to a car crash in Paris, Princess Diana was laid to rest at Althorp House in Northampton, which has been in the Spencer family for more than 500 years.

Her memorial is located on a small, tranquil island across from a lake, where visitors can go to pay their respects to the "people's princess."