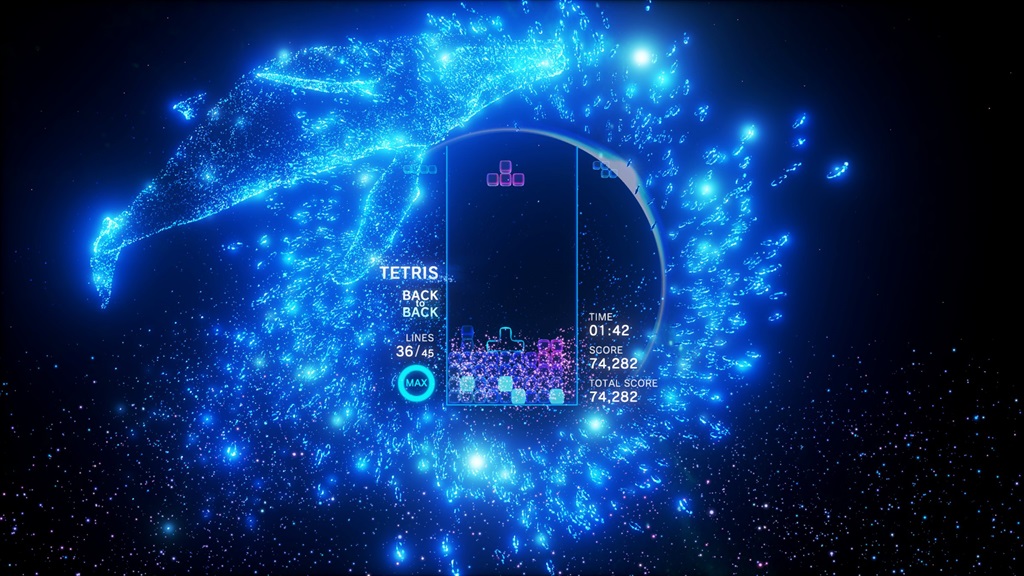 This autumn,  Tetris is coming to the PlayStation 4. But this isn't quite like any Tetris game you've ever played before.

"Tetris Effect" looks like a new, trippy and breathtaking way to play one of the most popular video games of all time. It's inspired by a scientific phenomena of the same name — Tetris players reported seeing the game's iconic puzzle pieces, hours after playing. "Tetris Effect," the game, is designed to stimulate the same effect with gorgeous visuals.

The game won't be out until autumn, but expect to hear more about "Tetris Effect" at E3 over the next week.

Take a look at our first glimpse of "Tetris Effect:"

First, let's talk about how this game got its name. The Tetris Effect is the actual name for what happens to your brain after playing Tetris (or another game) for so long that your brain starts to see the game's images everywhere, even when you're not playing.

In 2000, a Harvard study found that 60% of test subjects who had played at least seven hours of Tetris over the course of three days reported seeing falling blocks hours after they had stopped playing.

The Tetris Effect also manifests in a player dreaming about the game, or becoming more observant of the way that objects in real life — like bricks on the side of a building, or books on a shelf — fit together.

This new game plans to capitalise on the Tetris Effect, by playing up the game's hypnotic imagery and addictive nature. The game will feature at least 30 mesmerising stages, complete with stunning art, enchanting music, uniquely styled blocks, and even animated backgrounds that react to the player's actions—all designed to maximise the Tetris Effect.

"Tetris Effect" will also support the PlayStation VR headset, so players can be fully immersed and surrounded by this acid trip of a game.

In a post to the official PlayStation blog, the developer said every stage will have its own theme, and that "they’re all meant to make you feel something — to convey a mood, or even provoke an emotional response." If the levels are anything like the game's trailer, it's safe to say we're in for an incredibly nostalgic (and a little emotional) ride.

Ultimately, Tetris is still all about falling blocks, and "Tetris Effect" is no different. In the same post, Enhance CEO Tetsuya Mizuguchi said that the core game mechanics won't be changing. He wrote, "When it comes down to it, the core of 'Tetris Effect' is still Tetris — one of the most popular puzzle games of all time — but like you’ve ever seen it, or heard it, or felt it before."

Mizuguchi and Enhance are known for their trippy, musical takes on video games. Related Links
Google Maps has a new plan to cash in on the growing crop of delivery, gaming and ride-sharing...
The biggest game in the world can't allow Xbox and PlayStation players to play together — and it...
The world of Fortnite keeps changing, and players are loving it
Next on Business Insider
Meet the new owners of Mara Phones in South Africa which include the owners of Arena