US stocks dropped by as much as 1.8% on Wednesday after the Federal Reserve decided to lower interest rates for the first time since the financial crisis.

Here's a look at the major indexes after the announcement, as of 3:23 p.m. ET:

The Fed cut the benchmark lending rate by 25 basis points to a range of 2% to 2.25%. The central bank pointed to "muted inflation" and "implications of global development for the economic outlook" as the reasons for the cut.

After a muted reaction to the initial rate-cut announcement, stock dove sharply after Chairman Jerome Powell called the rate move a "mid-cycle adjustment," indicating there may not be other cuts in the future. He later walked back those remarks, clarifying that there's still a chance of further easing, which pared losses.

Investors and analysts widely expected the move, while President Trump has consistently pressured the Fed and Jerome Powell to lower rates to boost the economy. 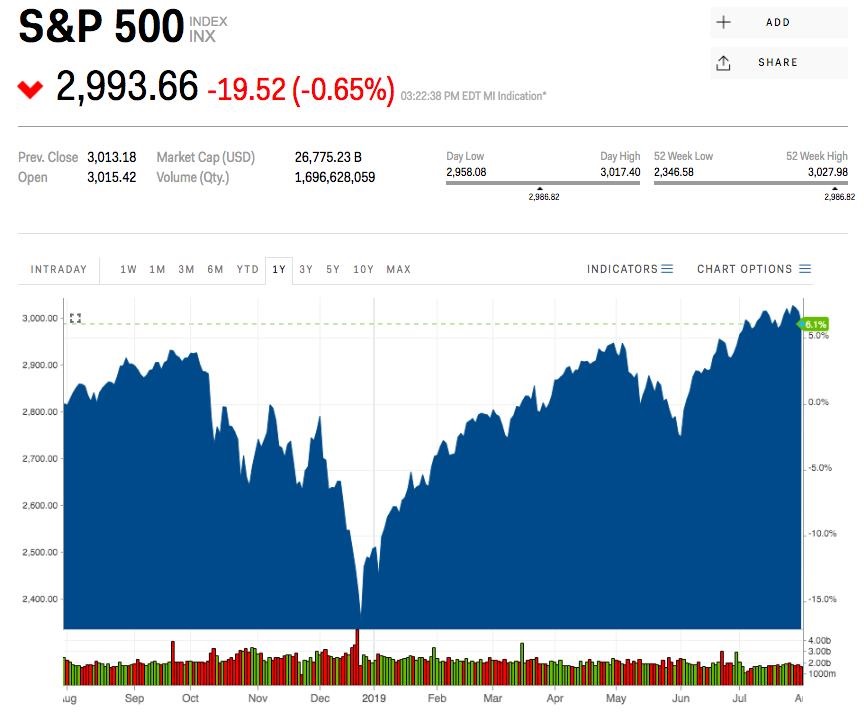