Gourmet Grubb, the company which brought Capetonians bug ice cream, has dipped into the realm of ‘savoury’, opening a pop-up bug restaurant called the The Insect Experience – believed to be South Africa’s first all-insect restaurant.

Business Insider South Africa got a preview of bug-inspired meals designed by chef Mario Barnard, who first started cooking with bugs after a trip to Thailand where he was encouraged to eat tarantulas and scorpions. “They were a little bit hard for me to eat. But, since I started experimenting with [insect-based] powders and messing with the food and hiding in it in a kind of gourmet way, I’ve found its a much easier way to eat,” said Barnard.

“We try to present it as visual as possible to Westerns to make it easy to eat.”

Gourmet Grubb was launched in 2017 on the back of research from product manager Leah Bessa, who studied food science and insects as a protein source initially turning black fly larvae into protein power. It then transitioned to making black-fly-larvae milk and using that to make ice cream.

“Insects are very under-utilised. I was looking at modern ways of bringing insects into the food processing and how Western consumers eat, that was the original inspiration. Gourmet Grubb was a way to bring it to the forefront of people's minds and transform consumer perception about eating insects, one of the biggest barriers to entry,” said Leah. “The store is about introducing South Africans to the concept of eating insects” said co-founder Jean Laurens.

With sponsorship from True Food and Mane South Africa, they have been able to start up The Insect Experience and include other scrumptious insects like mopane worms to their menu. The store officially opens on 11 July, but is already up and running at the GOODFood market, in the Iron Works shopping centre in Woodstock, Cape Town.

This is what we ate:

You can bug out on Chickpea black-fly-larvae croquettes served with a mopani hummus dip, topped with mirco-coriander, basil dressing, and bits of dried meal worms, all for R40. Our favourite dish was the mopane polenta fries served with a tomato-chilli chutney, also R40. 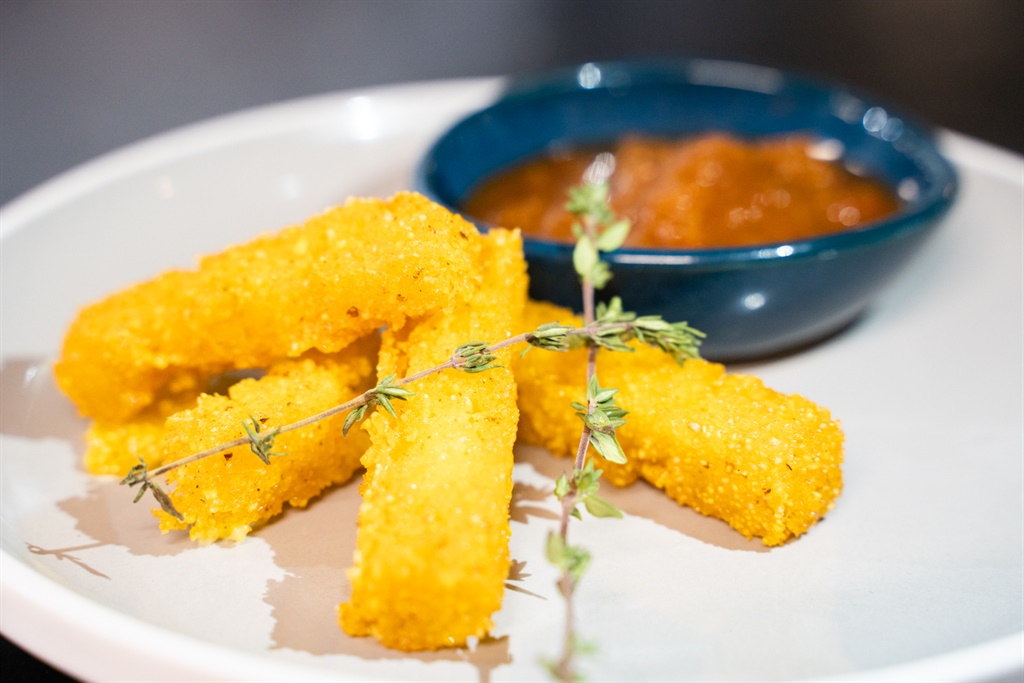 Related Links
More South African animal feed and pet food now contain insect larvae - thanks in part to Bill...
We blind-tasted ice-cream made from insect milk – and couldn’t believe the taste
10 mistakes you're making that are ruining your sandwiches
Next on Business Insider
13 benefits of sex that can improve your mental and physical health