Atlas was brought onto Trump's coronavirus task force in August, after appearing on Fox News for several months, where he often echoed the president's views — including an opposition to lockdowns.

He is a senior fellow at the Hoover Institution, a conservative think tank at Stanford University.

Unlike the other experts on the task force, Fauci and Dr. Deborah Birx, Atlas does not have a specialty in either infectious diseases or public health. Instead, he focuses on healthcare policy and has a background in neuroradiology, which is the reading of X-rays, CT scans, and MRIs.

Nonetheless, Atlas has become a favourite of the president, appearing often at the White House's coronavirus briefings. Birx and Fauci have not spoken in those briefings as much in recent weeks.

On Friday, an NBC News reporter overheard CDC Director Robert Redfield referring to Atlas in a phone conversation, saying "everything he says is false." Redfield confirmed to the reporter after the flight that he was indeed talking about Atlas. 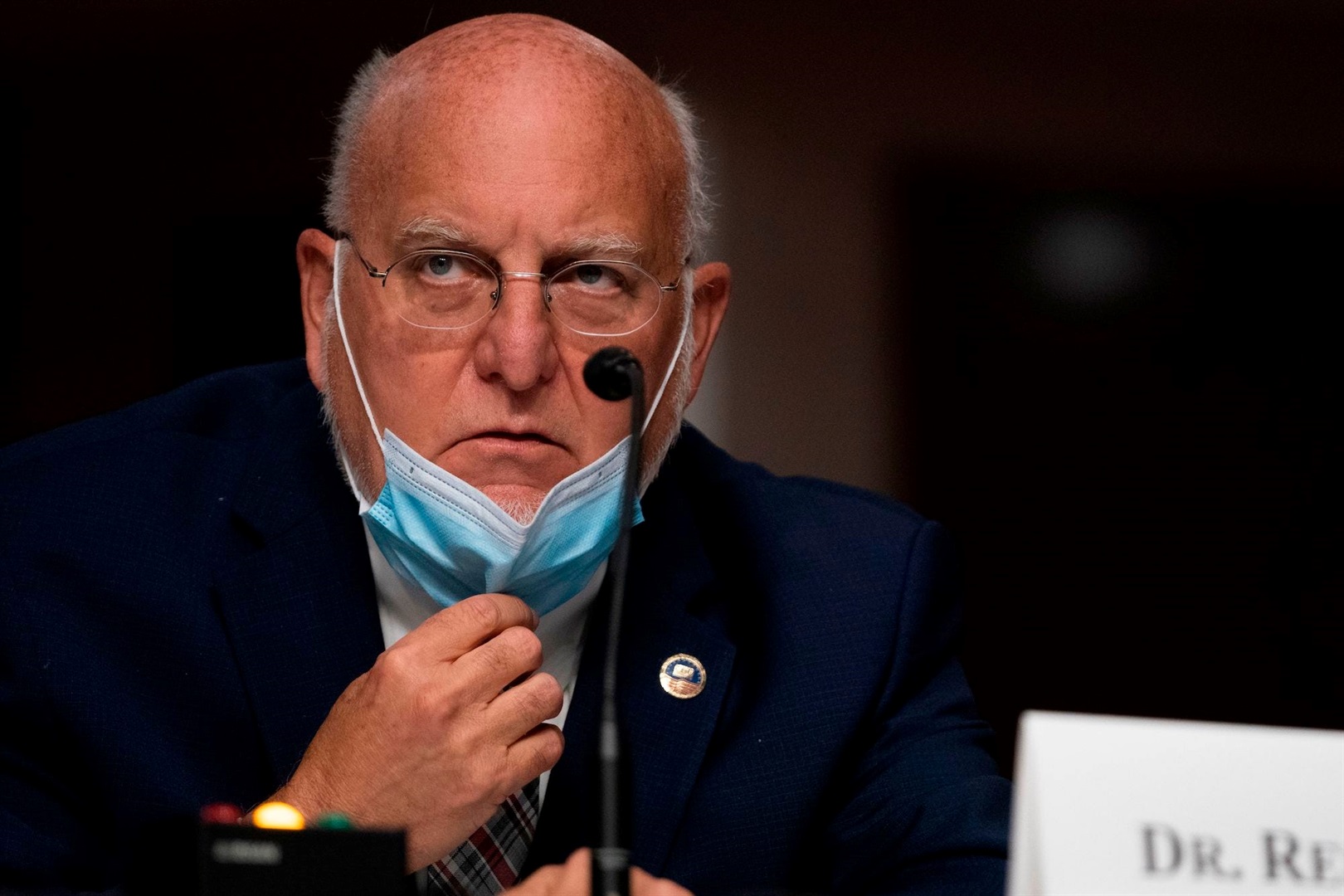 CDC Director Robert Redfield seen testifying before the Senate on September 23, 2020. Redfield was overheard on a flight recently saying that "everything" Atlas says "is false."
ALEX EDELMAN/POOL/AFP via Getty

And in a Monday interview with CNN, Fauci described Atlas as an "outlier" when it came to his opinions on the virus.

"You know my differences with Dr. Atlas, I'm always willing to sit down and talk with him and see if we could resolve those differences," Fauci said.

Business Insider has contacted Atlas for comment on Redfield and Fauci's remarks.

Since the beginning of the US coronavirus outbreak, Atlas has spoken out against imposing lockdown measures, saying it impedes herd immunity and is costing the lives of people too afraid to seek emergency medical treatment for other issues.

"In the absence of immunization, society needs circulation of the virus, assuming high-risk people can be isolated," he wrote in an op-ed for The Hill in April. "It is very possible that whole-population isolation prevented natural herd immunity from developing."

The Washington Post reported last month that Atlas had been pushing for the US to embrace herd immunity, though he has since denied it.

Experts including Fauci have spoken out against herd immunity, a scenario where enough people in a population become immune to a virus to stop it from spreading, warning that it would cost even more lives. Dr. Anthony Fauci testifying before the Senate on September 23, 2020. Fauci recently called Dr. Scott Atlas an "outlier" in his beliefs on the coronavirus.
GRAEME JENNINGS/POOL/AFP via Getty

Since May, Atlas has also appeared on Fox News regularly to speak on the US coronavirus crisis, and shared opinions often at odds with many public-health experts' warnings.

For one, Atlas has said that he thinks schools should reopen and that the college football season should be able to start without any issues.

These ideas seem to line up with the president's own ideas about the pandemic.

When he hired Atlas in August, Trump called him a "very famous man who's also very highly respected," according to a pool report.

"He has many great ideas," Trump said. "He thinks what we've done is really good, and now we'll take it to a new level."

In an interview with Fox News after his hiring, Atlas said about his new appointment: "Any way I can help, I will do so." Atlas has pushed for college football and schools to reopen

During the interview Atlas also said that it was perfectly safe for the college football season to start this fall.

He said that athletes would be in a "very sophisticated environment" to prevent the spread of the coronavirus, and claimed that being "physical specimens" meant there was "virtually zero risk" of the virus hurting them.

While young and otherwise healthy people have a lower risk of contracting a severe version of COVID-19, several athletes have tested positive for COVID-19. Athletic people have also contracted severe coronavirus symptoms.

However, Atlas did acknowledge that there may be some coaches or players with other health conditions who may need to sit the season out.

"There is such fear in the community and unfortunately it's been propagated by people who are doing some really sloppy thinking and really sensationalistic media reporting," Atlas said.

Trump and many other top Republicans have recently called on organizing bodies to continue with the fall season of college football, though several conferences and players have already dropped out over coronavirus fears.

According to a pool report from the event, Atlas said that the "risk of the disease is extremely low for children, even less than that of seasonal flu" and that the "harms of locking out the children from school are enormous."

His comments came two days after the American Academy of Pediatrics and the Children's Hospital Association reported that more than 97,000 children in the US had tested positive for Covid-19 in the last two weeks of July.

Studies have also shown that children can be carriers for the disease, posing threats to the adults who teach them if schools reopen. Forbes has pointed out that Atlas is not an infectious-disease expert, like Fauci, but focuses on healthcare policy instead.

Prior to joining the Hoover Institute at Stanford, Atlas was the chief of neuroradiology at the school's medical center from 1998 to 2012, according to his profile on Stanford's website. Neuroradiologists analyze X-rays, CT scans, and MRIs.

Atlas has also previously advised on the presidential campaigns of Rudy Giuliani and Mitt Romney, according to Forbes.