Saudi Arabia's government deleted a video where it called feminism an "extremist idea," following a backlash.

The General Department for Counter Extremism warned in a video on Friday that "extremism and perversion are unacceptable," despite the country's recent scaling back of restrictions on foreign women visiting as tourists.

The now-deleted video, retained by Insider, goes on to list atheism, homosexuality, and feminism as "extremist behaviour," the punishment for which is imprisonment and a fine, or in some cases flogging, Saudi newspaper al-Watan reported.

"Don't forget that excess of anything at the expense of the homeland is considered extremism," the male voiceover to the government video says in Arabic.

Saudi Arabia launched a landmark tourist visa in late September, signaling that the kingdom was ready to open up and slowly scale back restrictions impeding women's rights.

A number of female and male Instagrammers were invited in advance to visit the country and document their experiences of the real Saudi Arabia. 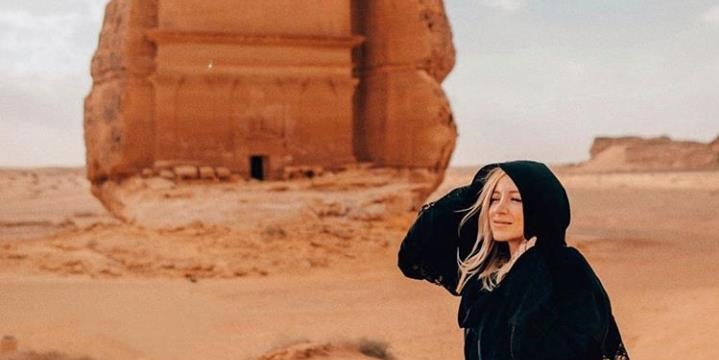 Alongside the visa, Saudi Arabia passed a law stating unmarried and unrelated women and men were permitted to share hotel rooms. Women, including Saudis, are now allowed to rent hotel rooms by themselves too.

The video condemning feminism as extremism contrasts with these recent moves, but the kingdom has long sought to crush dissenting female voices critical of crown prince Mohammed bin Salman's regime.

Just before the landmark ban on female drivers was scrapped in June 2018, 11 prominent feminist Saudi activists were imprisoned. All of the women were accused of "coordinated activity to undermine the security, stability and social peace of the kingdom." Amongst them were Loujain al-Hathloul, who along with three others, was tried in a specialist court for terror offenses in March 2019.