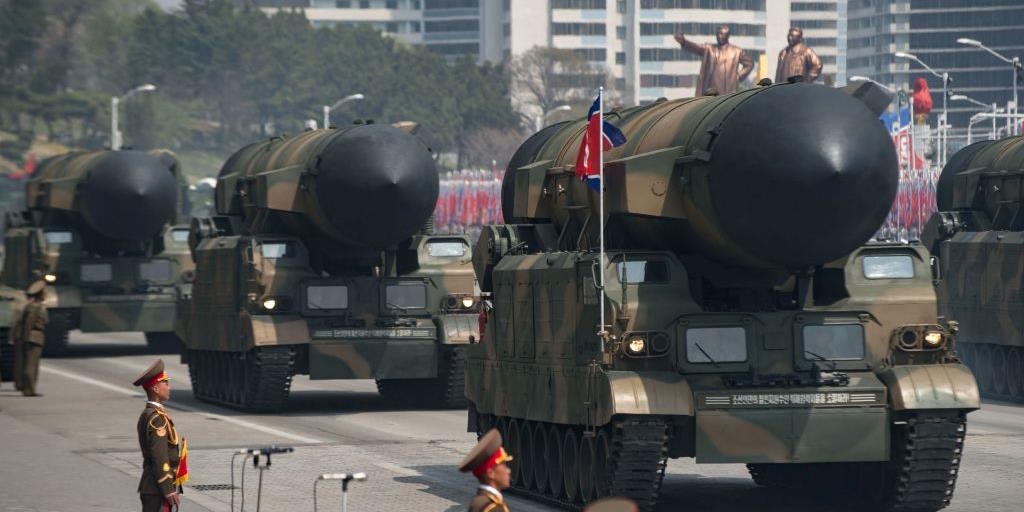 North Korea has almost completed construction of a giant facility large enough to hold nuclear missiles capable of reaching the United States, according to a new analysis of satellite photography.

The facility "is almost certainly related to North Korea's expanding ballistic missiles program," according to the analysis by the Center for Strategic and International Studies, a Washington-based think tank.

One building within the facility "is large enough to accommodate an elevated Hwasong-15 intercontinental ballistic missile and, therefore, the entirety of North Korea's known ballistic missile variants," the report states.

CSIS suggests the facility is located 11 miles north-west of Pyongyang and features an underground storage facility large enough to house all known North Korean ballistic missiles as well as their support vehicles. The site's existence had not previously been disclosed.

It also features an "unusually large" covered rail terminal, which could be used to transport missiles and supporting equipment, and interconnected buildings designed for drive-through access, the report states. The site is also relatively close to ballistic component manufacturing plants near Pyongyang.

"Taken as a whole, these characteristics suggest that this facility is likely designed to support ballistic missile operations and for the interim is identified as the Sil-li (??) Ballistic Missile Support Facility," said Joseph Bermudez, the report's author.

"As such, it is another component of the North Korean ballistic missile infrastructure that has been undergoing both modernization and expansion during the past 10 years."

North Korea debuted its most powerful ballistic missile, the Hwasong-15, in 2017, which experts say could reach "any part of the continental United States."

Donald. Trump has since met with Kim Jong Un on three occasions as he tried to broker a deal designed to halt North Korea's nuclear missile program.

But talks between the two powers broke down in February last year at a summit in Hanoi, Vietnam.

Trump was said to have handed Kim Jong Un a piece of paper which included a blunt call for the transfer of Pyongyang's nuclear weapons and bomb fuel to the United States in return for the lifting of economic sanctions.

A lunch between the two leaders was subsequently cancelled, and a North Korean official subsequently accused the US of issuing "gangster-like" demands, heralding a significant cooling in relations since.