The millennial CEO at the head of one of the most controversial luxury watch brands in the world credits his success to two key factors: passion and luck 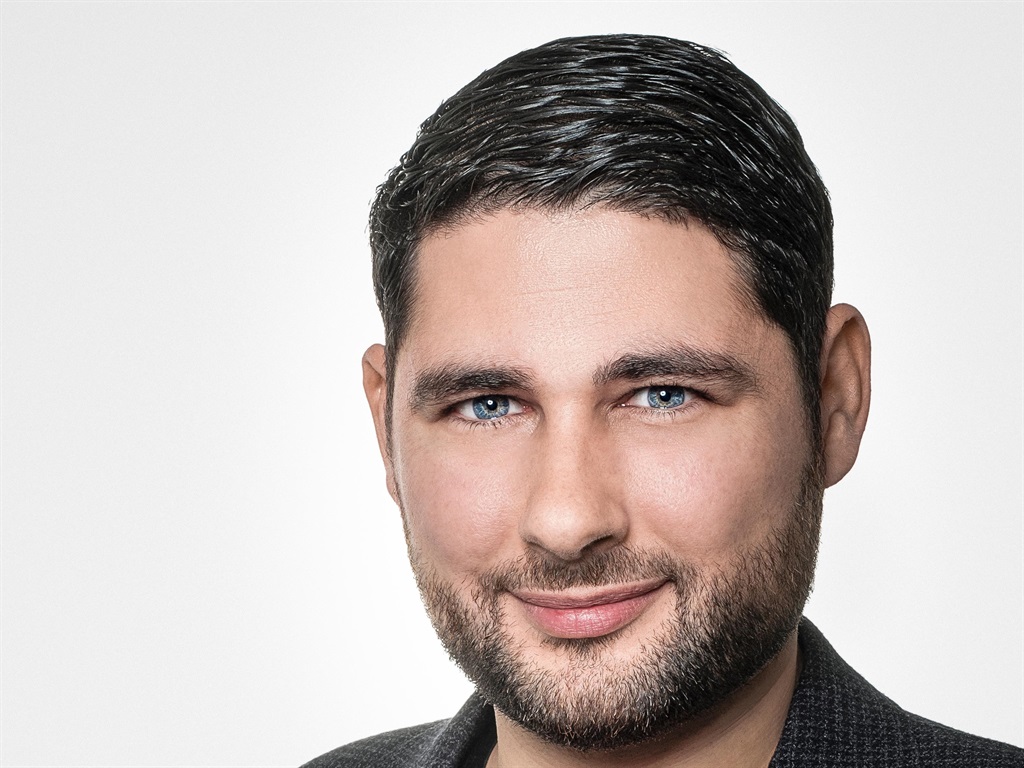 At 34, Marco Tedeschi represents a youthful shift in the luxury watch industry - and the CEO says his meteoric rise is partially thanks to having met the right people at the right time.

In January 2018, Tedeschi was appointed CEO of Romain Jerome (now called RJ). The luxury watch company, founded in 2004, had by that point already been making waves across the industry as a controversial brand, with products like its "Titanic DNA" watch, which was created under prior CEO Yvan Arpa. The company said the limited edition watch was made with actual rusted steel harvested from the Titanic.

Under the new CEO's leadership, Romain Jerome was rebranded to simply "RJ." Tedeschi has overseen the release of several new watches in the brand's ongoing pop culture collaboration collection, including a $15,700 (R2.3 million) limited edition timepiece inspired by Batman's archnemesis, the Joker. Prior to taking the reins at RJ, Tedeschi worked for Hublot, another, longer-established Swiss watch company founded in 1980 and currently owned by French billionaire Bernard Arnault's LVMH group of luxury brands.

"I started as a product director, then I moved to the commercial side, being in charge of all the operations in the Middle East and Africa," Tedeschi told Business Insider at an RJ-sponsored special screening of "Joker."

Knowing he wanted to take a leadership position, Tedeschi said he was intrigued by RJ's design concepts, particularly the "DNA" concept ("having materials that belong to the history actually within the watch, like the steel of Apollo") and the pop culture-inspired collaborations with beloved brands like DC and Marvel.

On becoming the youngest CEO in the luxury watch industry

So how did Tedeschi manage to become the luxury watch industry's youngest CEO? It all boils down to two key factors: passion and luck.

The RJ CEO told Business Insider that he'd often spent time in his father's watch store as a child: "I've been passionate about the watch industry since I was eight years old ... When I started, I was visiting my father's boutique, I fell in love with the product." And in the 1990s, he had the chance to meet with Franck Muller, which he called "the hot brand of the moment."

This love of horology inspired Tedeschi to go to engineering school, which is when the luck factor came into play.

"After completing my engineering school, I had a chance to meet [then Hublot CEO] Jean-Claude Biver," Tedeschi recalled. Biver took over leadership and creative direction for Hublot from founder Carlo Crocco in 2004; prior to that, Biver, a watchmaking industry veteran, was the president of Swatch Group's Omega division. Biver is currently a non-executive chairman with LVMH's watchmaking division.

"[Biver] believed in me. He believed in the project I presented him," Tedeschi said, referring to "the single-axis watch movement concept" he developed, patented, and presented to Biver while still in his second year of school. "He hired me at the age of 22 as a product director for Hublot. And I was lucky because he offered me the chance to prove that I could fit the position. I worked hard of course, but I got the chance with someone who could trust a 22-year-old guy!"

Other successful people across industries have varying takes on whether their career trajectories came down to luck. Shopify's billionaire CEO Tobias Lütke, for instance, has said his success is "90%" luck, comparing the timing of his company's launch to "winning the lottery five times in a row" on an August 2019 episode of NPR's "How I Built This with Guy Raz."

Similarly, Anthony Casalena, the CEO of Squarespace, has said he thinks "anyone who possibly claims that they didn't get lucky is crazy."

"I've been lucky so many times in my life," Casalena told NPR in March. "I'd say that there are qualities I probably have that have helped me stay here, you know, perseverance, and pain tolerance, and some level of adaptability, in my best moments some kind of self-awareness."

On the flip side, there's Bumble founder Whitney Wolfe, who stressed that hard work, not luck, helped her dating app become a billion-dollar business: "If people think I was just at the right place at the right time and just snapped my fingers and twirled a couple of times and here's Bumble, I mean, they're really wrong," Wolfe told NPR in April.

LinkedIn founder Reid Hoffman takes the middle ground, telling Business Insider's Richard Feloni in November 2017 that success is always some combination of the two: "The short answer is, it's both massively luck and massively hard work. Sometimes it's more luck than hard work, and sometimes it's more hard work than luck. But every success requires both."