Sotheby's is auctioning off some of the rarest sneakers ever made, and some could go for more than R1.3 million 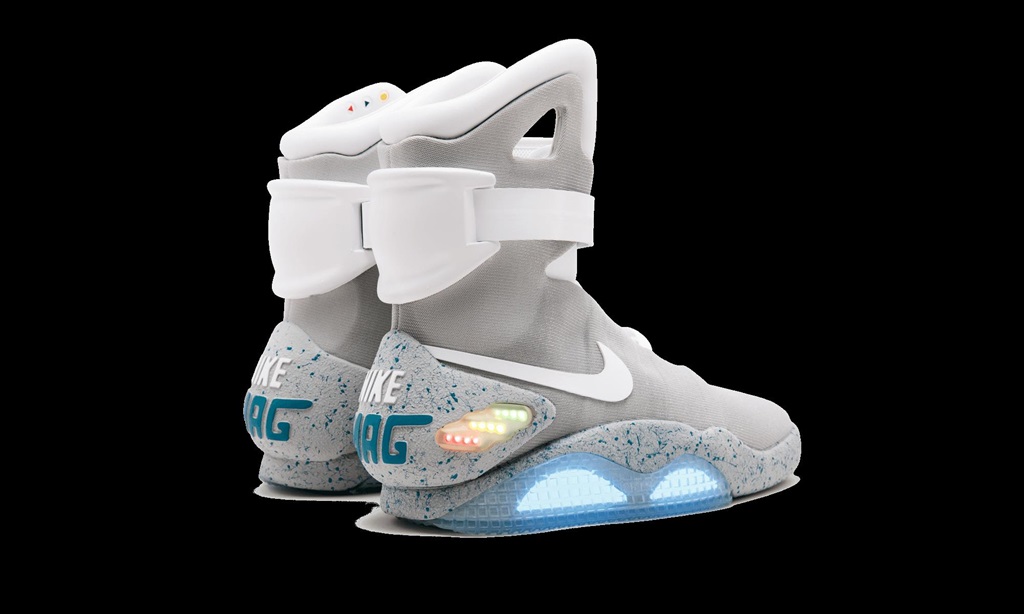 This pair of automatically lacing shoes is based on the shoes worn by Marty McFly in the 1989 film "Back To the Future Part II", the Nike Mag. It's expected to fetch up to $70,000.
Sotheby's

Sotheby's first-ever rare sneaker auction will feature sought-after shoes made famous by athletes, musicians, and movies. But they won't come cheap: the bidding starts at tens of thousands of dollars for most pairs.

The auction was made possible through a collaboration with Stadium Goods, a sneaker reseller famous for its collection of rare and expensive footwear.

Some of the more noteworthy items include the automatically lacing Nike Mags from "Back to the Future Part II" and a pair of Nike "Moon Shoes," which were handcrafted and designed by Nike cofounder Bill Bowerman.

The online bidding for the sneaker auction closes July 23. Take a look at some of the most popular listings below:

These automatically lacing shoes are based on the pair worn by Marty McFly in the 1989 film "Back To the Future Part II." There are only 89 pairs of this self-lacing version of the Nike Mag, which was released in 2016. A 2011 release saw 1,500 pairs released, but they did not lace themselves.

Only five pairs of this Air Jordan 11 model were ever created. The most expensive sneaker up for auction is the Nike "Moon Shoe." Only 12 pairs were made of these shoes, and few of those are still around today. Handmade and designed by Nike co-founder Bill Bowerman, it was famously made with a waffle sole pattern to allow for a better grip and cushion on the field.

This purple suede design was produced in a limited run for select acquaintances of rapper Travis Scott. These rare Adidas sneakers were born out of a collaboration between rapper Pharrell Williams and Chanel and were sold in a Paris pop-up in limited quantities. This pair of Adidas sneakers was also a result of the collaboration between Pharrell Williams and Chanel. But this unique pair - which replaces the word "Chanel" with "Karl" on top of the right shoe - was originally a gift to Karl Lagerfeld and is likely the only one of its kind.

These sneakers from Kanye West's Yeezy collection are one of the more talked-about listings in the auction. This design earned the name "Oreo" because of its resemblance to the famous sandwich cookie. The shoe was released in 2016 in limited quantities.

These Air Jordans were part of a special release in 2011 for the Tokyo 23 basketball tournament in Japan. They were released in limited quantities only in Japan.

One of the most coveted silhouettes of the Kanye West and Nike collaboration is the Nike Air Yeezy 2 NRG Pure Platinum. The edition was sold in limited quantities in 2012 and is famous for being the final Air Yeezy sneaker.