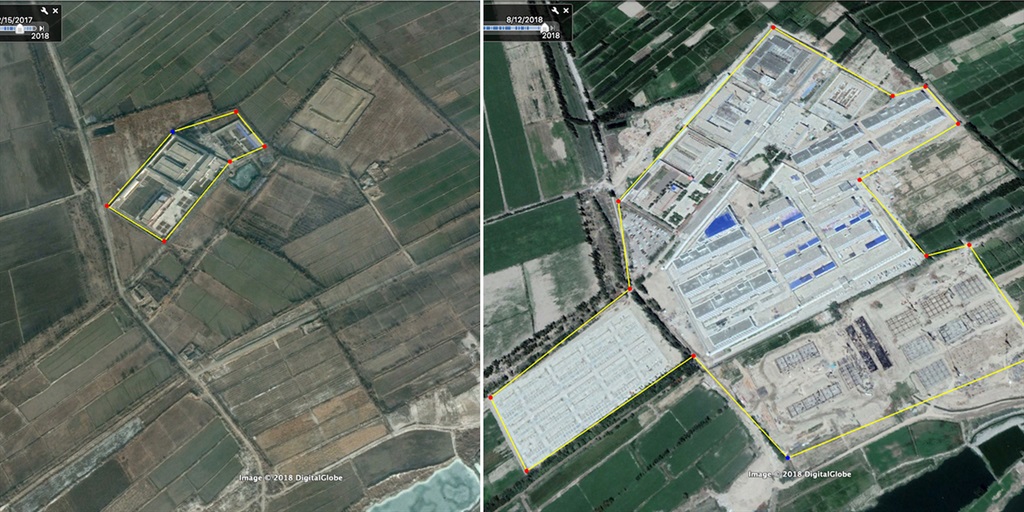 Shawn Zhang, a law student in Canada, on Wednesday posted photos of a re-education camp in the western region of Xinjiang, where about 8 million Uighurs live and are mostly detained. Many Uighurs refer to the region as East Turkestan.

The dramatic expansion of the Kashgar camp appears to be a sign of China's growing crackdown on the Uighur people, which has seen more and more people being imprisoned in detention camps or re-education centres.

Rights activists accused China of keeping 1 million Uighurs in such camps. This number may even be growing, with Radio Free Asia citing unnamed regional authorities this week as saying they have had to transfer inmates out of Xinjiang to other regions across China because "we are experiencing an overflow of inmates."

Hu Lianhe, a senior Communist Party official, claimed in response that there were "no such things as re-education centers," but acknowledged that the government had detained people it considers extremists. Beijing justifies its surveillance on Uighurs as a counterterrorism measure. Police patrol on a scooter as an ethnic Uighur boy stands in his doorway on June 27, 2017 in the old town of Kashgar, in the far western Xinjiang province, China.
Kevin Frayer/Getty Images

Uighurs who had been inside those camps have described witnessing and experiencing physical and psychological torture, including being shackled to a chair, beaten up, and deprived of sleep.

Others have described seeing detainees being forced to sing patriotic songs about Chinese President Xi Jinping in order to be fed.

Zhang, who posted the photos, has long been critical of the Chinese state and long used satellite imagery to track and identify potential camps throughout Xinjiang.

His family, who lives in China, has been contacted by police over his critical social media posts.