When the apocalypse arrives, life goes on.

That's the possibility some are preparing for, at least. In 2008, Larry Hall purchased a retired missile silo (an underground structure made for the storage and launch of nuclear weapon-carrying missiles) for $300,000 (R4.2 million) and converted it into apartments for people who worry about Armageddon and have cash to burn.

Fortified shelters, built to withstand catastrophic events from viral epidemic to nuclear war, seem to be experiencing a wave of interest in general.

Hall's Survival Condo Project, located in Kansas, in the US, cost about $20 million (R286 million) to build and accommodates roughly a dozen families. Complete with food stores, fisheries, gardens, and a pool, the development could pass as a setting in the game "Fallout Shelter," wherein players oversee a group of post-apocalyptic residents in an underground vault.

Take a look inside one of the world's most extravagant doomsday shelters.

The Survival Condo Project is no ordinary condo development. It lives inside a missile silo built during the height of the Cold War. The structure housed a nuclear warhead from 1961 to 1965 and was built to withstand a direct nuclear blast. Larry Hall, who previously developed networks and data centres for government contractors, got the idea to convert the base after the attacks on September 11, 2001, when the federal government began reinvesting more heavily in catastrophe planning. Though the exact location is top-secret, Halls said it's situated north of Wichita, Kansas, surrounded by rolling hills and farmland. 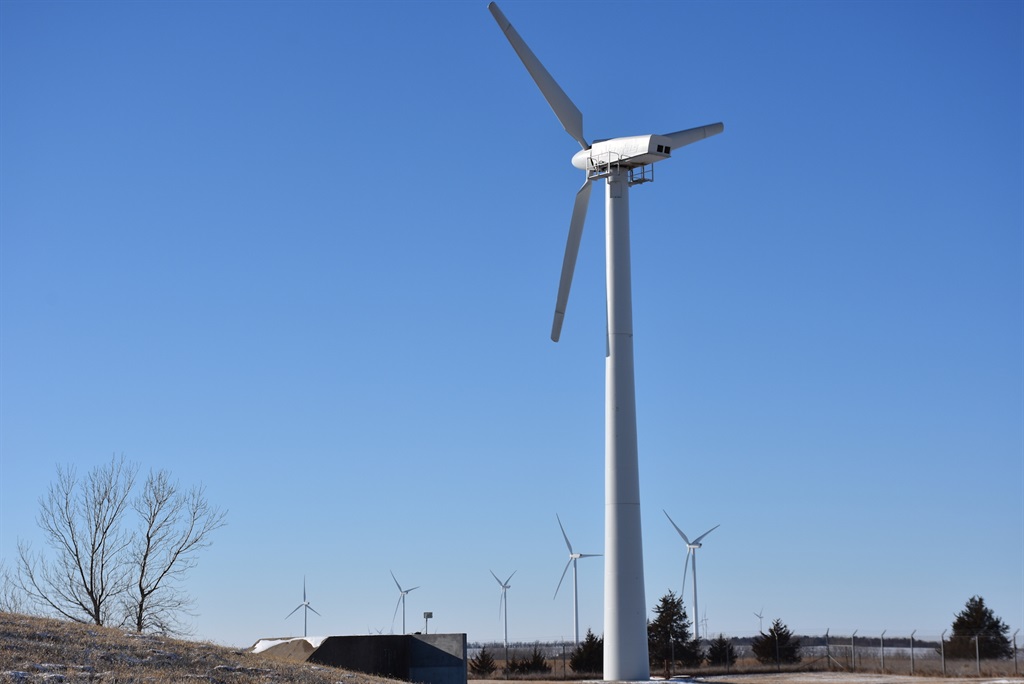 The construction costs were nearly $20 million. The once-vacant chamber now has 15 floors divided into 12 single-family homes, as well as common areas and space for operations. The quarters are comparable in size to smaller city dwellings. A full-floor unit covers about 1,820 square feet (about 170m²), which is little more than a third of a basketball court. It fits six to 10 people. The typical full-floor apartment includes three bedrooms, two baths, a kitchen, a dining room, and a great room. Bunk beds are a necessity for fitting in the whole family. Tenants will hardly be roughing it. The homes each have a dishwasher, washer and dryer, and windows fitted with LED screens that show a live video of the prairie outside. A full-floor unit is advertised for $3 million (R42 million), and a half-floor unit goes for half the price. But good luck getting in. The units sold out before construction ended in 2012. Halls has a second silo that is expected to wrap construction this year. About half of the units have been spoken for, with more available for purchase, he said.

Halls told The New Yorker in 2017 that when North Korea conducts a test of its nuclear weapons, he experiences a surge in calls from interested buyers. The bunker plans to feed homeowners for years to come. It raises tilapia in fish tanks and vegetables under grow lamps. A miniature grocery store is also in the works. The swimming pool stretches 22 metres and includes a water slide. 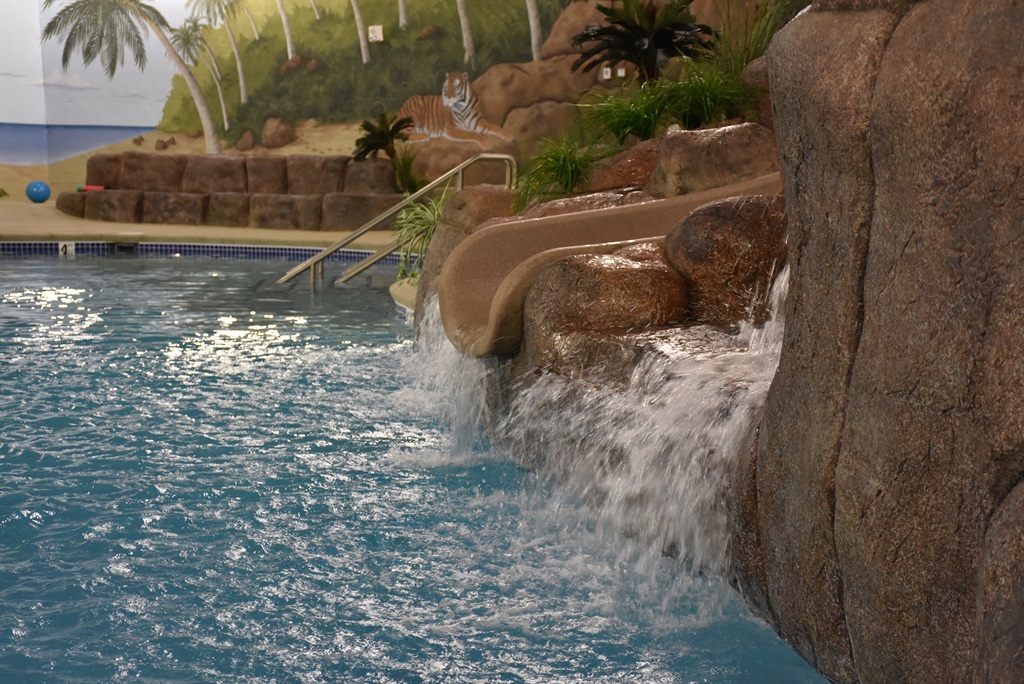 Future tenants can burn kilojoules at the gym. Or take their pet for a walk in the dog park. It has a rock climbing wall. 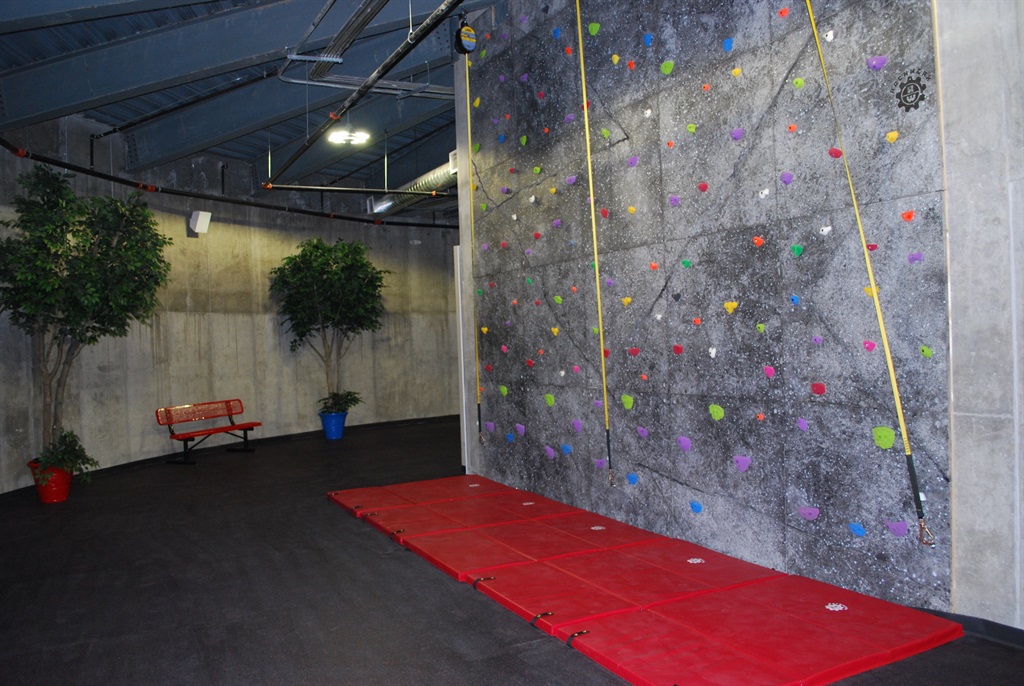 There's an armoury equipped with guns and ammo, so homeowners can defend themselves against intruders. They can practice their skills at the indoor shooting range. A high-speed elevator (that looks like it could be a prop from "Blade Runner") connects all 15 floors.

In the event of a crisis, Halls told The New Yorker that adults are prohibited from leaving the property without permission from the Survival Condo Project's board of directors. If Armageddon, nuclear warfare, or a viral epidemic ever comes, SWAT team-style trucks are ready to pick up homeowners within a 640km-odd radius of the bunker. These days, Halls told Business Insider that it's the "ever-increasing threats to society, both natural and man-made" that keep him awake at night. What it's like inside a doomsday bunker for millionaires.
Courtesy of Survival Condo Project

Fortunately, he has a safe place to crash.