Look inside Meteora, a remote complex of monasteries built meters above the ground in Greece Meteora is a rock formation located in Greece, and houses one of the largest - and most remote - Eastern Orthodox monastery complexes in the world.

The monasteries date back to the 14th century and once required an intricate system of ladders and baskets to scale the sky-high rock formations they sit atop.

Here are 17 stunning photos of Meteora in Greece, a complex of monasteries that sits hundreds of meters above the ground.

The monasteries of Meteora are located just outside the town of Kalabaka, Greece. The name Meteora means "suspended in the air" in Greek.

The rock masses were formed some 60 million years ago. 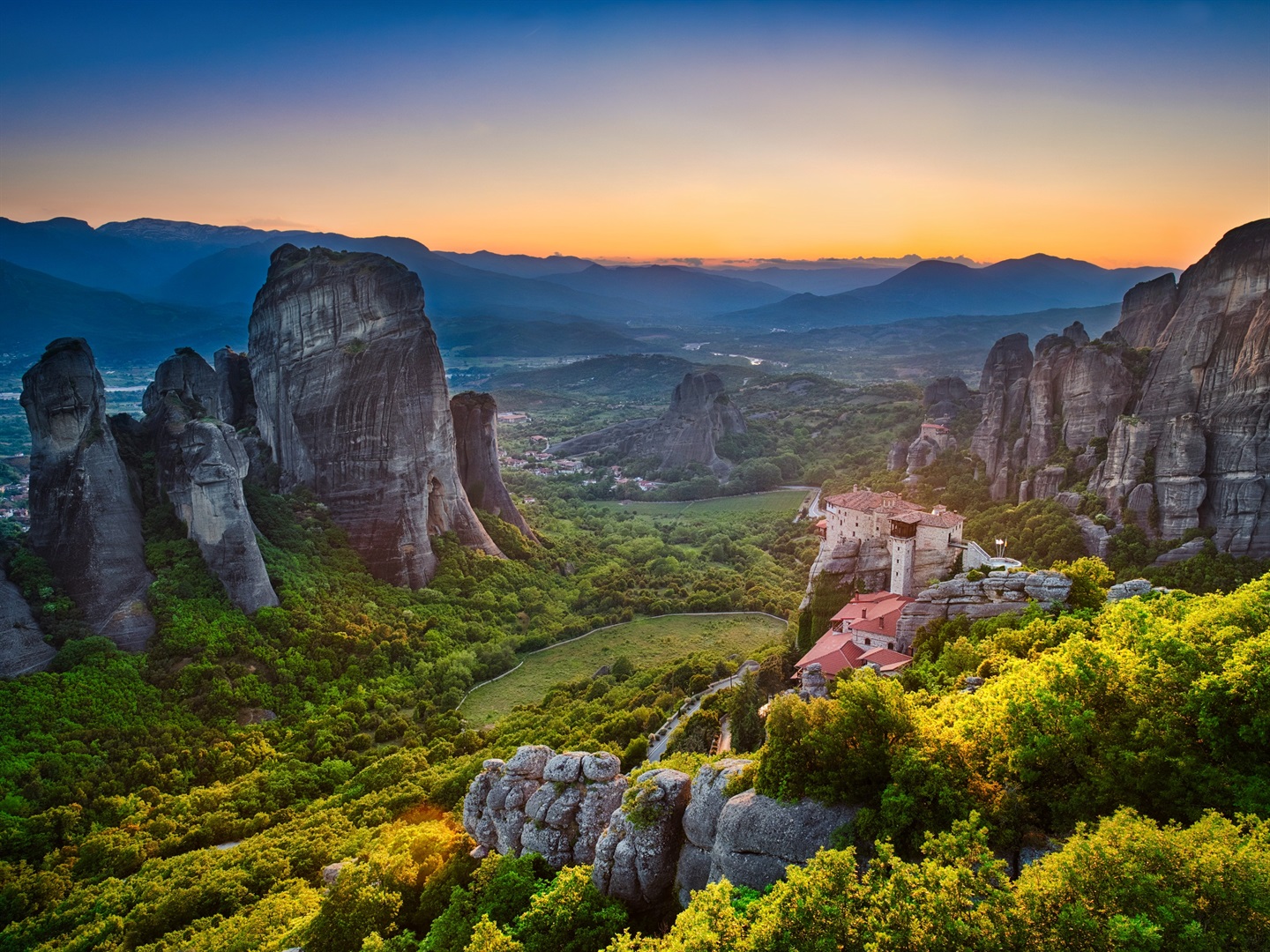 According to Britannica, the unique, sky-high rock formations have been eroded over time by earthquakes, rain, and wind. The area has been connected to religious groups since 1000 CE when hermit dwellings were built in the lower-down areas of the rock formations.

Over the centuries, around 30 monasteries were established in Meteora. Meteora today is made up of six active monasteries, a few of which date back to the 1400s.

Monks built monasteries atop the rock formations in an effort to be closer to God.

The complex of monasteries reaches heights of more than 2,000 feet (600 meters) in the air.

Today, the monasteries are accessible by paved roads, bridges, and stairs cut into the mountains. 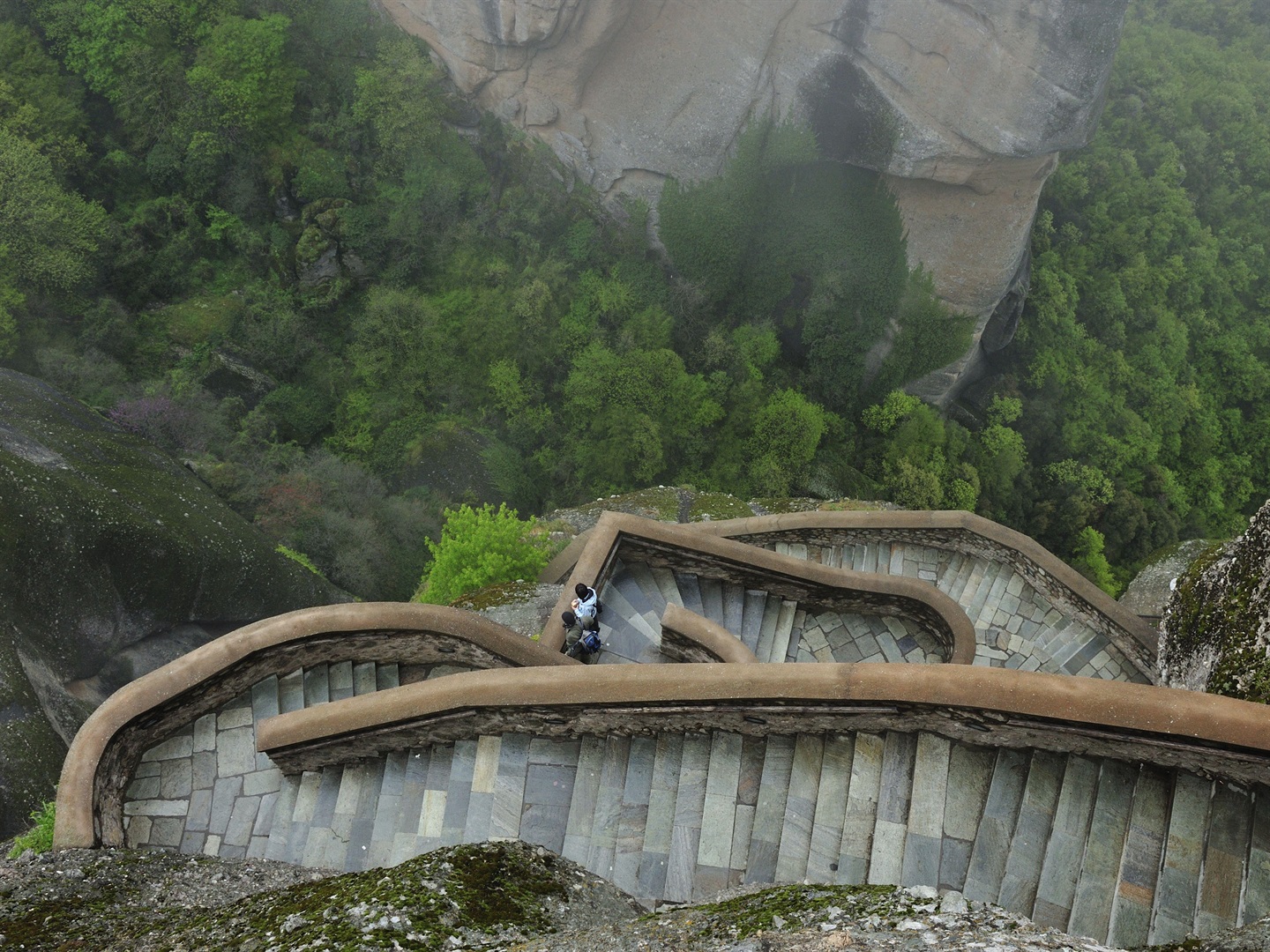 This makes it possible for both visitors and the monks still residing in Meteora to reach the peaks of the rock columns.

However, it was not always so easy to get to the monasteries. Before the 1920s, monks would scale the sandstone rock columns by climbing up ladders or being lifted up by a system of ropes and nets. This could mean a perilous climb to the top of the monasteries.

The oldest and largest of all the monasteries of Meteora is the Great Meteoron Monastery, otherwise called the Holy Monastery of the Metamorphosis. It is an all-male monastery and is built on the greatest rock of the complex, the Platys Lithos or Playtlithos.

The Great Meteoron monastery serves as the main museum for visitors to Meteora. 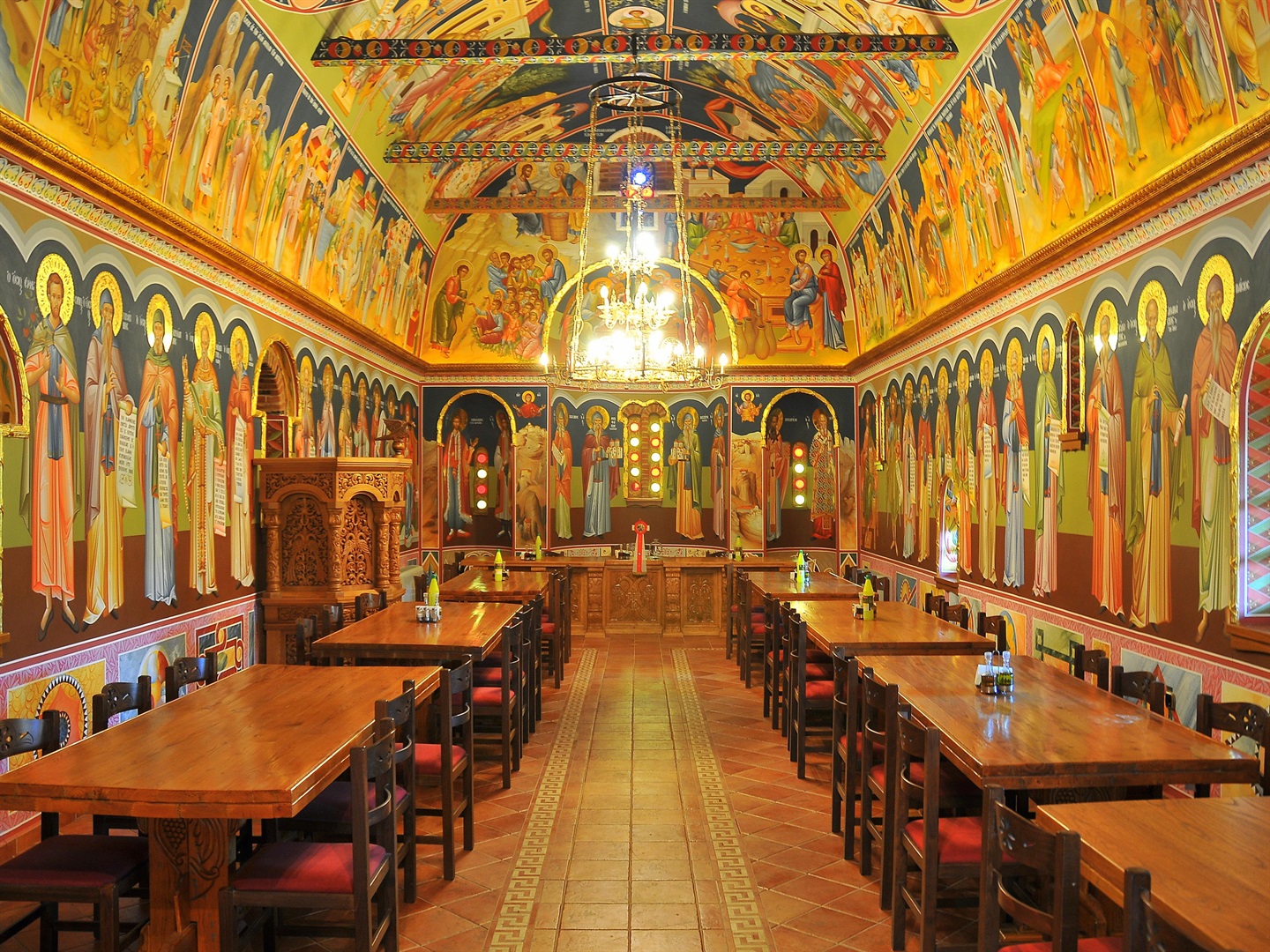 After the Serbian king, then in control of Thessaly, granted the monastery religious privileges in 1388, the monastery was enlarged by the king's son. This made the Great Meteoron monastery the wealthiest and most prominent monastery in the region.

Between the ornately decorated dining room and other historically preserved areas, this monastery is a true wonder to behold.

The monasteries house priceless artifacts and items dating back hundreds of years. Today, six of the monasteries are active, but only a handful of monks or nuns still reside on Meteora. The architecture of the space embodies the historic beauty of the monastery complex.

Inside the wine cellar, visitors can find traditional artifacts like these woven wine jugs. Wine is still produced in the northwestern part of Thessaly, near Meteora.

The Great Meteoron Monastery also houses an ossuary filled with the skulls of monks who once lived at the monastery. Ossuaries were common in monasteries built on mountains.

In the Mount Athos monasteries, it was common for monks to reuse their graves because graveyards were small and space was limited due to the mountainous terrain. When monks died, their bodies would be buried without a coffin, so that the body would decompose quickly.

A few years later, the remains would be exhumed, washed, and placed in an ossuary similar to the one shown at Meteora.

The Varlaam Monastery was constructed in 1350 and named for the first monk to establish a monastery on the rock. After his death, no other monks lived in the monastery, and it lay abandoned for 200 years. However, in 1517, two monks named Theophanes and Nektarios Apsarades re-founded the monastery. Today, it houses a small museum and features stunning 16th-century artworks.

The Holy Monastery of St. Nicholas Anapafsas was also abandoned between 1900 and the 1960s. It was then that the Greek government repaired the monastery and monks were once again able to inhabit it.

The Rousanou Monastery, more accurately called the Rousanou nunnery, is run by nuns rather than monks. The rock formation itself has been actively inhabited since the early 16th century, although the monastery was founded in the 14th century. Throughout the 19th century, the monastery deteriorated. After the site was restored in 1980 by the Archaeological Service, it began operating as a nunnery.

St. Stephen's Monastery, which has been inhabited by nuns since the 1960s, is the easiest monastery for visitors to access. 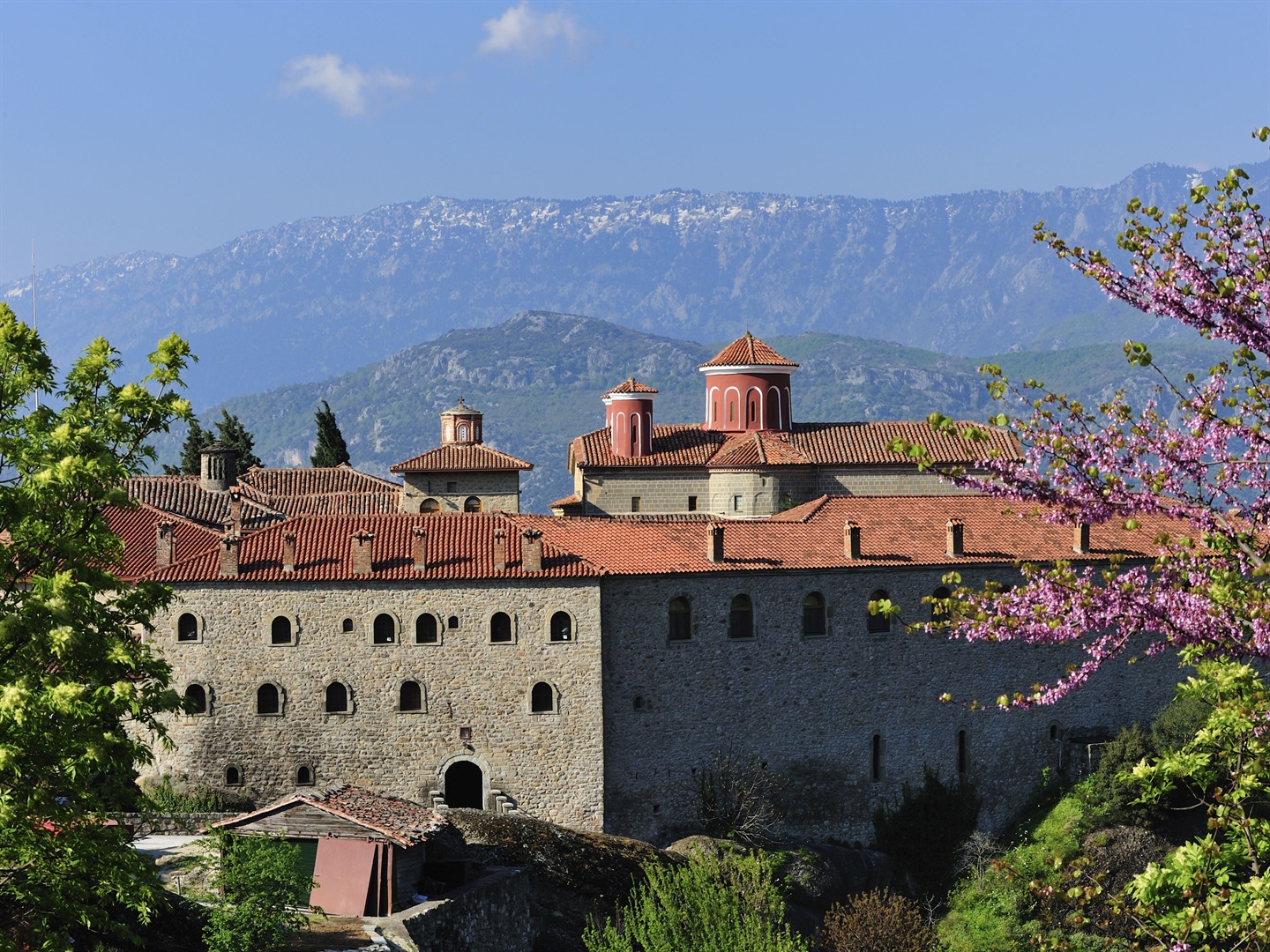 The monastery is located close by to the town of Kalabaka, and a small stone bridge allows easy access to the entrance.

However, although it might be the easiest to visit, it may not be the grandest or most intact. According to Meteora's website, much of the monastery was destroyed during World War II and the Greek civil war that followed.

The final monastery located in the complex of Meteora is the Holy Trinity Monastery. Located on a cliff-like rock formation with a steep drop, this monastery is most well-known for appearing in the James Bond movie "For Your Eyes Only," in which Roger Moore scales the cliff's face.

Built in 1458, the monastery once housed amazing treasures. However, although the site's gorgeous 18th-century frescoes remain, much of the original artifacts were looted during World War II.