New Zealand has eased its lockdown after a month of stringent measures leading to low daily cases and few deaths from Covid-19. But one healthcare worker says the waiting game has taken its toll.

On April 27, New Zealand eased its nationwide lockdown. For the first time in a month, New Zealanders could buy takeaways, or visit relatives. As of April 30, it had 1,476 cases with 19 deaths according to data from Johns Hopkins University. With the low death count and new daily cases remaining in the single digits, New Zealand's lockdown is considered a success compared to many other nations.

Last week he tweeted: "I'm very pleased with NZ's effort in squashing the curve but here in ICU we have a feeling of unrequited stress. It is strange standing in the trenches preparing hard for battle with no sign of the fight and uncertain whether it will ever arrive."

The tweet garnered attention from his peers in New Zealand and Australia, and Poynter told Business Insider: "It seemed to resonate, it's a pretty common feeling in intensive care in New Zealand. We have had this real emotional roller coaster."

He said he and his colleagues heard about the coronavirus spreading through China and started to prepare, but at that point, it was more of a "mental exercise," similar to how the health sector prepared for Ebola or SARS - epidemics that never really hit New Zealand. 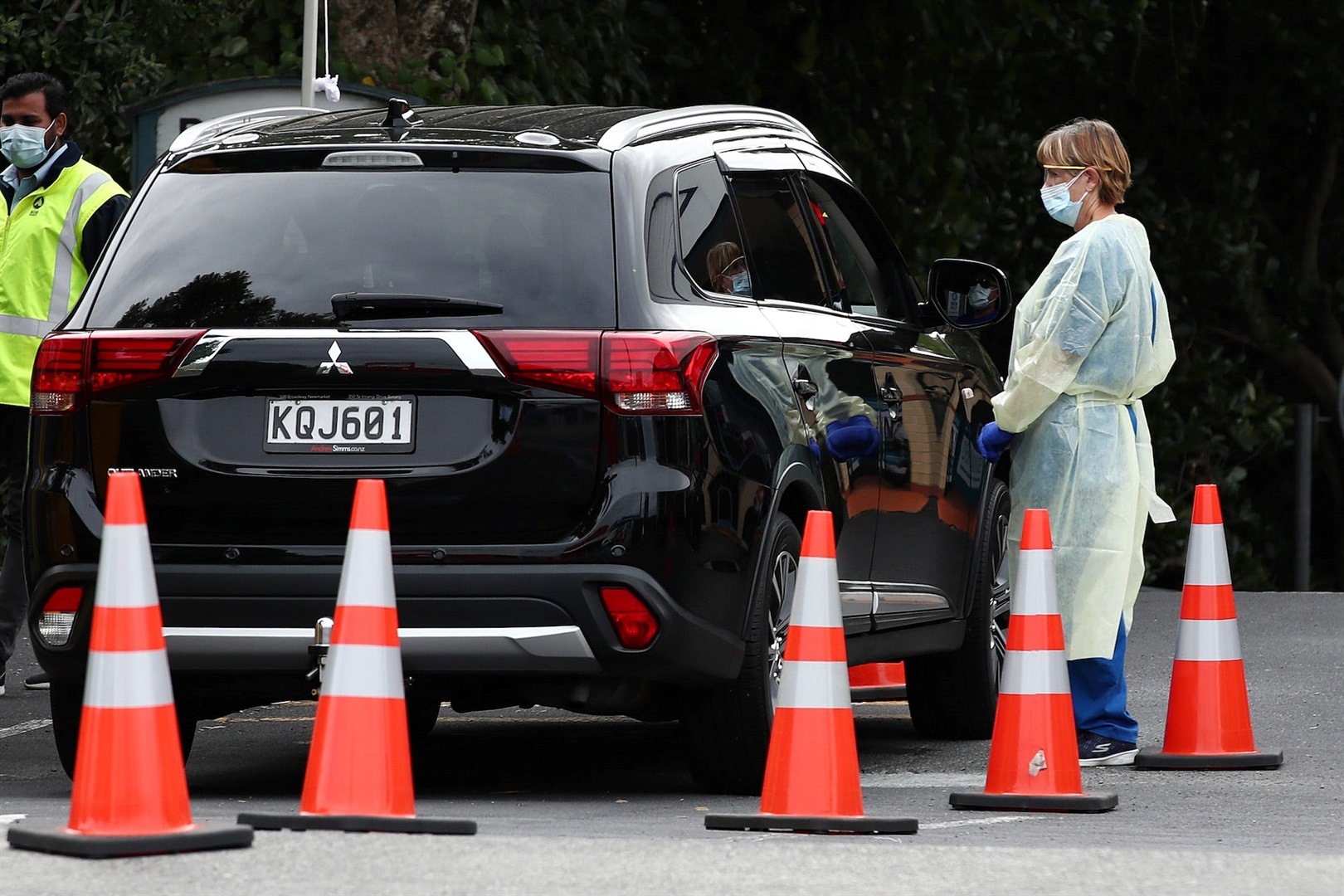 A nurse speaks to a member of the public at a drive through Covid 19 testing station in Morningside on April 8 in Auckland, New Zealand.
Fiona Goodall/Getty

"It felt like we had been there before," he said. "And then it became more and more apparent that it was real. We watched it going crazy in Europe, kicking off in the United States. Everyone was genuinely scared of it coming to our world, worried about how it was going to affect them and their home lives and work lives."

"A palpable sense of fear turned up with the first case in New Zealand," he said.

"About a month and a half, or two months ago, it was like watching the tide going out before a tsunami comes. We wondered when we were going to get hit by a wave of patients - like Italy and Spain and Iran - and then our government responded. And nothing really happened."

New Zealand's lockdown was put in relatively early and has been lauded by The Washington Post for its focus on trying to eliminate the coronavirus. So far, a deluge of cases hasn't come, and he said the waiting was difficult because it wasn't what he was trained to do.

"And it's been a month and a half now of going to endless Zoom meetings and planning protocols. It's not what I trained to do, it's a little disquieting. It's not that I crave it, it's what I'm trained in. It's what I'm good at. It's a weird dichotomy."

Overall, though, he's "grateful" that New Zealand is in this position.

"One of the comments that came through [on Twitter], was the strong feeling that people had survivor guilt," he said. "Here in New Zealand, we are all very aware of how lucky we are, and we connect with colleagues overseas and really feel for them."