18 people share the most annoying things their co-workers do 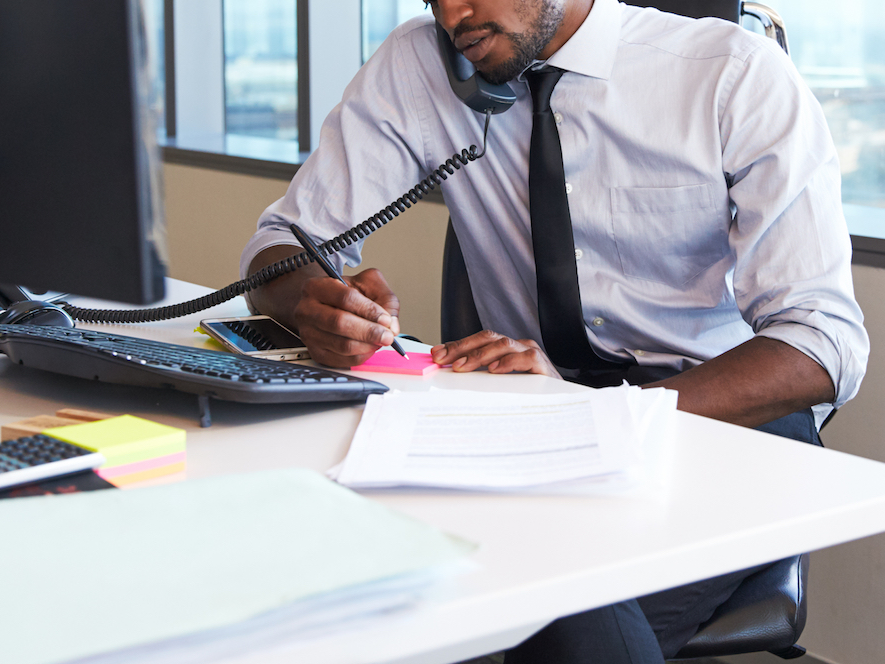 Take your calls on your phone.
Shutterstock.com/Monkey Business Images

When you see someone for several hours nearly every single day, certain quirks and personality traits are bound to get a little annoying after a while. This is even truer when you're seeing them at work, where you're probably already feeling frustrated and stressed.

That's why it's not uncommon for people to get easily irritated by their co-workers. We've all heard horror stories about the terrible things co-workers do to each other, but sometimes it's the little things that can be the most annoying day after day. Luckily, there are various Reddit threads dedicated to people sharing the most annoying things their co-workers do, and you'll almost definitely be able to relate.

Although Business Insider cannot independently authenticate these stories, they sure are interesting to read.

"I have a co-worker who eats candy all day ... Just puts a jawbreaker in his mouth and then crunches straight through it. One after another, just crunches on hard candy all morning.

'Makes personal calls all the time at her cubicle loudly, sometimes up to an hour'

"No regard for other people who are working.

'Hi my son is applying to college and-'

'Hi I came in yesterday and-'

"Go outside and talk! I've asked her to go outside and talk and she only does it occasionally, she's pretty much made it a habit of doing it inside. She sometimes will interrupt you in mid-conversation and answer her phone for these calls. Even when she's speaking with our manager she does this." - Redditor DinosaurFriend

"They are all over his desk, stuck to the cube walls, stuck to his chair … everywhere. I'm throwing up right now just thinking about it." - Redditor upper_d3cker

"I've started to get pretty blatant now, turning my back and starting to type an email, etc. but [he] doesn't seem to get it. One time I started walking down the corridor to the kitchen to end the conversation and he decided to get up and follow me down, continuing to talk all the way!" - Redditor Neeerdlinger

'Goes about his day in a constant panic'

"He runs all over the place, struggling to be an efficient employee. The only thing he accomplishes, however, is increasing the difficulty of everyone else's job. The worst part is that the manager loves him because he appears to be working harder than everyone else, when in actuality he is just ruining everyone's day." - Redditor sharkey99

'Has his entire world revolve around his baby'

"Look, I'm glad you're a proud father and you wanna raise this kid right. But I do not want to see any more of your 20,000+ photos of your kid, nor do I want to hear about the specific noises he makes when you feed him this food or that food or when you tickle his belly. I don't care that he crawled for the first time and I don't care that his hair is getting darker like yours. Stop f------ talking about your kid and get back to work, please." - Redditor Kilen13

'Calls people on speaker phone so we can all hear it'

"We work in cubicle rows. Every day!" - Redditor MrsSwimmer

"We have connected tables/spacers, and I've even separated the desks, but I'm still constantly vibrating. He's brought down books, nothing is safe. I can't even have a glass of water on my desk without feeling like I'm in Jurassic f------ Park." - Redditor askthedusk

"Truly, those who do not sit near her do not believe me, but it is true. She is a newly appointed office assistant to a VP and thinks that she should be included in every meeting, every trip, and every idea that the VP has. For the past four weeks, she has been loudly complaining about not having a color printer and having to walk down to the big color printer just like everyone else." - Redditor bluerazz_

"WTF? Sure, someone else will make more coffee for the rest of us, and you'll probably want some of that too." - Redditor LovesMeSomeRedhead

"There were many times where he would creep up into my personal bubble and watch over my shoulder as I'm working at my computer. He would just barely be far enough away to avoid actual physical contact. I think I got to feel what it is like for women to be creeped on by guys." - Redditor SpafSpaf

"Over and over again. He even does it while talking to someone on the phone. It is so g------ annoying." - Redditor TacoFlavordKisses

'I hate when people clip their nails at the desk'

"For some reason, I find it absolutely disgusting." - Redditor Thinking4myself

"I used to work with a guy who cut his nails with scissor cable cutters. The same pair that everyone in networking used. Grossed us all out." - Redditor punkwalrus

'She listens to her iPod out loud'

"She doesn't have headphones but she listens to her iPod out loud so faintly I'm constantly asking myself, 'Do I hear music?' So annoying." - Redditor Jay2TheMellow

"Me: 'Will you be able to complete this task today?'

"Co-worker: 'OMG I don't have the time, there are not enough hours in the day, I'll never be able to get everything done, I'm very busy and important!!!'" - Redditor everyperson

'He comes to work sick'

"And not like, oh just a little cold sick, no. This jerk showed up with pneumonia. Nobody wants to hear you coughing up a lung and nobody wants to be next in line for your cold. Go home!" - Redditor deadthylacine

'When they eat foods with a strong, lingering smell at their desk'

"No one cares that you work through lunch, but I will hate your guts when I have to smell your food until 5:30. I will also embarrass you and ask you what you just ate when my clients ask me, 'what's that smell?'" - Redditor oona337993