Malaysia just got a new king, under a unique system where 9 royal families take turns to rule for 5 years each 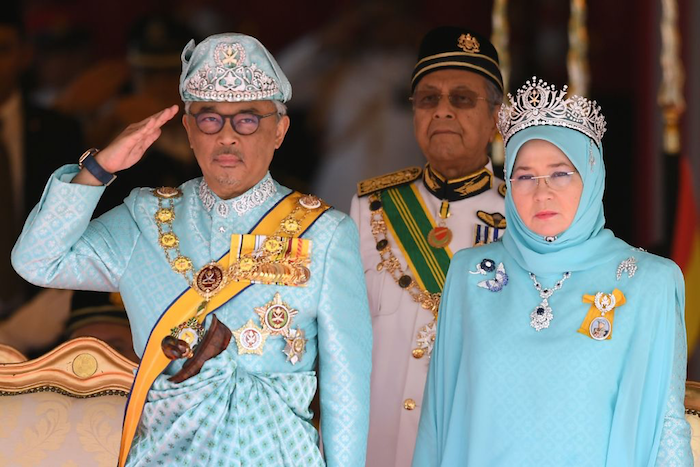 According to the BBC, the abdication came after intense speculation about his marriage to Oksana Voevodina, a Russian model who won the Miss Moscow pageant in 2015.

Malaysia has used the rotating monarchy system since 1957, after Britain returned control of the colony to the royal family and the new parliament. Split between two land masses, Malaysia, highlighted in red, lies to the south and east of Thailand, Vietnam, and Cambodia.
Wikimedia Commons

There are 9 royal families in Malaysia. The head of each has the title of Sultan, and they rotate five-year terms as "agong", the Malaysian term for king.

The new 59-year-old king is from Pahang state.

There is an established order to who becomes king next, but the Sultans of each family still have to vote on who the next one should be.

Much like in Britain, the monarch holds a mainly ceremonial role, with the Prime Minister and parliament holding administrative power.

The agong must approve legislation before it can become law, but doesn't interfere in politics. The king does hold roles as the head of government and the armed forces, and he can also issue pardons for criminals.

He is also considered the guardian of Malay culture, morality, and Islam, the official state religion, which two thirds of its 32 million citizens practice.

There are 13 states in Malaysia, but only nine of them have royal families.

In the order they rotate as king, they are: Negeri Sembilan, Selangor, Perlis, Terengganu, Kedah, Kelantan, Pahang, Johor, and Perak

The sultan next in the rota to be king, Sultan Nazrin of Johor state, became deputy king on Thursday at the ceremony.

Out of the 43 monarchies in the world Malaysia's is the only one which uses this system.