A 67-year old woman reinvented herself after her divorce and is now a travel influencer with over 53,000 followers At age 67, Linda Malys Yore is not your average travel influencer

Linda Malys Yore says she has a library book sitting at home about how to use Instagram. And yet, she runs a successful account with 53,400 followers.

Malys Yore says she has been traveling her whole life. She describes her parents as "Depression babies" that worked multiple jobs to ensure that their four kids would have a better life. Part of this was that they insisted on going on a family vacation every year in order to broaden their horizons. Malys Yore credits this with fueling her wanderlust. Malys Yore never travels without her signature red lipstick.
Linda on the Run

"My dad always taught me that you don't get a second chance in life. I just made a kind of a promise to myself that on my deathbed, I really didn't want to have any big regrets," she said.

Malys Yore said she got married in 1988, and quit her job as a nurse to become a full-time mom to her two daughters. Since her husband at the time worked in the medical-equipment business but was self-employed, Malys Yore said he could work from anywhere - so he did.

They bought an RV and never looked back

Malys Yore said she home-schooled her daughters "from birth until they graduated high-school" while they spent six months traveling around Canada and the US, and the rest of the time outside of Tampa, Florida, their home base. Malys Yore believes that's how her kids learned tolerance, American history, and to have wanderlust.

She herself says that she learned how precious resources are, and to live with fewer things. "You learn that you don't need all the things you think you need. You learn to live with less and appreciate it more," she said. "What a blessing. That was a wonderful, remarkable lifestyle."

This lifestyle came to a halt in 2014, when Malys Yore and her husband divorced after 26 years of marriage

But one of her daughters always knew that Malys Yore's way of life, married or not, was unique enough to turn her into a bona fide influencer. Her daughter's boyfriend is a professional photographer, and he took this photo.
Linda on the Run

"My daughter Victoria, who runs the website Follow Me Away, would say 'Mom, you are so interesting. You lead a very interesting lifestyle. There aren't many travel bloggers in your retired age group, and I think you would really like this,' and I pooh-poohed it, and I was just not very interested because I didn't know a bunch about it," Malys Yore said.

However, for Christmas 2017, Malys Yore said Victoria gifted her a website and all connected social media platforms, giving her the kick she needed to get blogging for "Linda on the Run."

"I pretty much knew about email and Facebook. That's about all for technology. I had to learn everything from scratch," she said, adding that taking good photos was also a struggle initially.

As for gaining followers, according to her, that took "dedication and perseverance."

Her hard work has paid off though, as Malys Yore now has over 53,000 followers, and has worked with brands ranging from Ray-Ban to Waldorf Astoria

"Representing a brand that I want to focus on for my followers is an extreme responsibility that I take very seriously," she said. "I don't think that people understand all that goes into being a successful influencer."

In 2019 alone, Malys Yore says she went to 10 countries across three cruises. Her favorite was Russia, in which she spent 13 days traveling from St. Petersburg to Moscow.

Malys Yore is an advocate for packing light - but she does like to pack Instagrammable outfits, and says she would never travel without her signature red lipstick Malys Yore packs outfits based on her destination.
Linda on the Run

While she says that she's "a huge fan of washing clothes out by hand at night in the sink or when you're in the shower," you'd never guess that from her Instagram account, in which she's often seen wearing bright and extravagant outfits that seem to fit in perfectly with her surroundings.

"I pick my outfits based on the destination. When I was on a Mediterranean cruise, I took lighter, colourful clothes that would fit that genre," she said, adding that often, if you could look outside the frame of her photos, you'd find scarves, hats, and layers quickly shed to get the perfect shot.

The travel blogger says she finds ways to travel cheaply, and believes others can as well

This may involve eating out less or getting fewer manicures to save money, or taking a connecting flight and being flexible, but Malys Yore says it's worth it.

She also says she likes booking Airbnbs with kitchens to save money on breakfast and the occasional lunch. Not only does this save cash, but it's also often healthier, which Malys Yore says is a concern for her as she follows a vegan diet.

All in all, Malys Yore just wants to inspire her followers 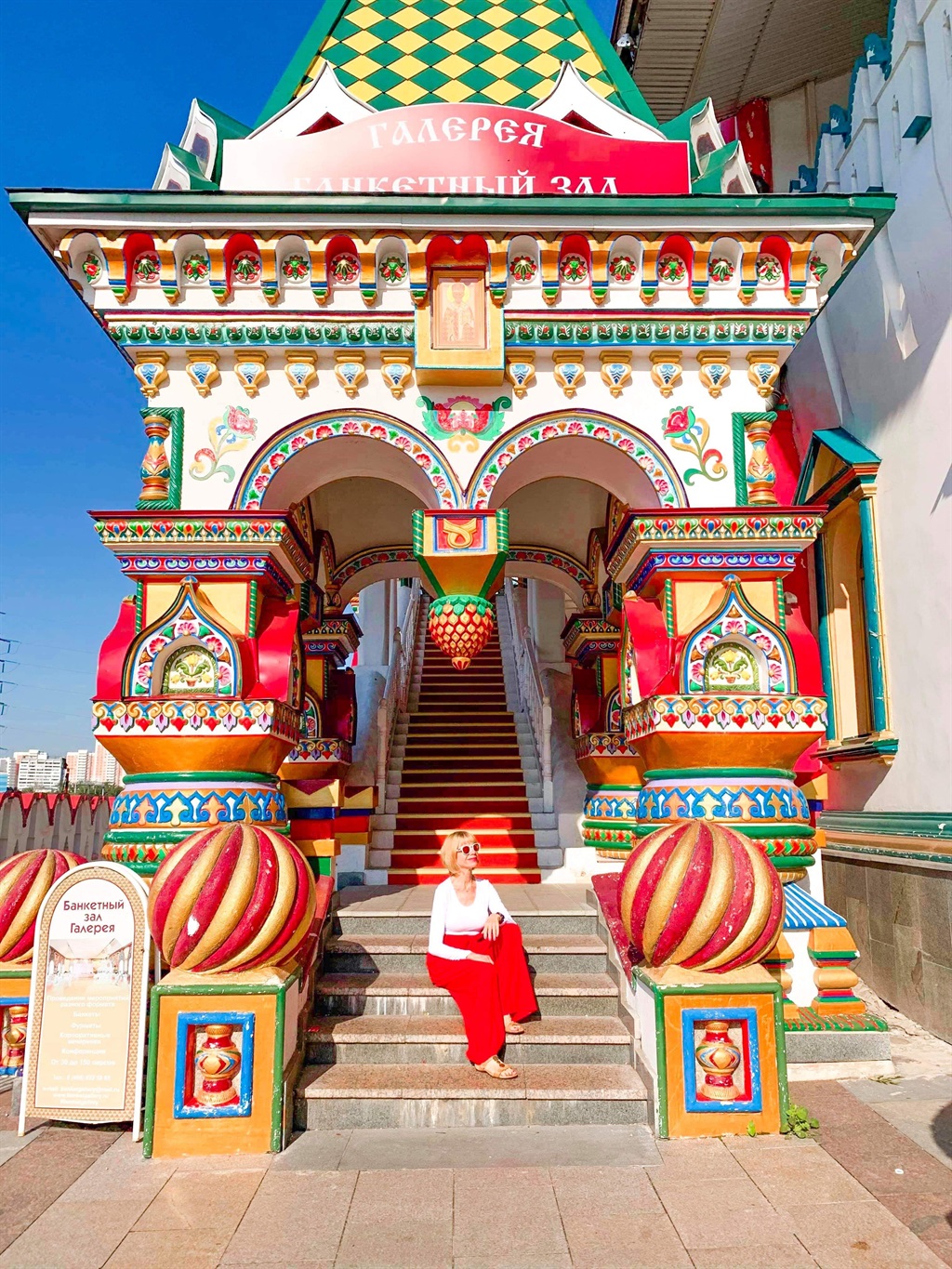 She hopes to inspire her followers to seize the moment.
Linda on the Run

"I consider it an honour and a blessing to be able to be an influencer and to have people value my opinion," she said. "I'm trying to teach people the things that my dad taught me: Life is short, and you gotta seize the moment. Don't wait until you retire. Don't wait for a better day. Don't wait: Seize the moment. Life is not a dress rehearsal, you're not going to get a second chance."