The LY 650 is the high-end automaker's first yacht.
Lexus

Lexus is known for its high-end cars. But now, the luxury automaker is taking its first foray into the business of yachts.

The company held the world premiere of its flagship luxury yacht, the 65-foot (19 metres) Lexus LY 650, on Thursday in Boca Raton, Florida. The sleek new watercraft is based on a concept first shown in January 2017, according to the company's press release.

While renderings of the yacht's design were made available last year, this is the first time a finished model has been made public. It's set to appear at the Fort Lauderdale International Boat Show, which kicks off October 30 (the same day sales launch for the LY 650).

A spokesperson for Lexus tells Business Insider that the estimated price of the LY 650 will start at around $3.6 million (R53 million).

Keep reading for a closer look at the sleek Lexus LY 650. The 65-foot (19 metres) yacht has metallic accents and sleek, sporty lines. It was shown in its optional two-tone colour scheme for its debut. The interior has the brand's distinctive leather seating in white for the two captain seats and the sofas. The LY 650 has three staterooms and can sleep a total of six people. 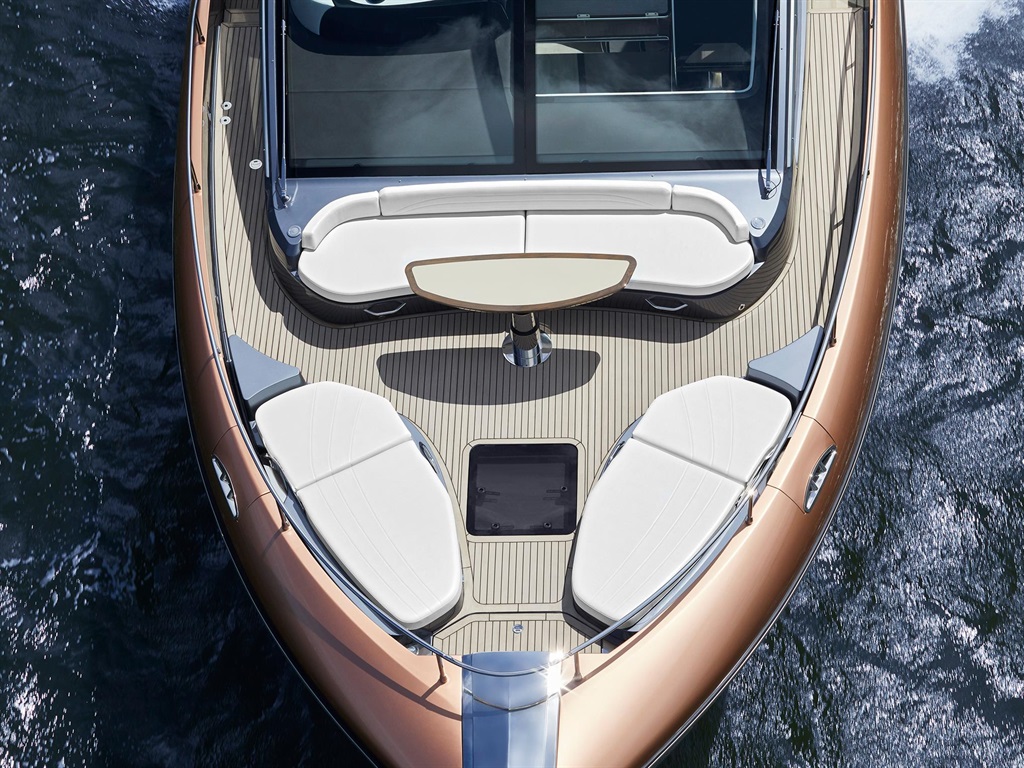 The yacht's design has clearly evolved somewhat since earlier renderings of its initial concept. In addition to the optional two-tone colour scheme, there are other available upgrades, including a custom Mark Levinson Surround Sound System to create "an immersive concert hall-like acoustic space in the salon." The LY 650 has advanced tech that allows owners to remotely turn on and off the yacht's air conditioning and lights via smartphone. Sales are set to launch on October 30. A Lexus spokesperson tells Business Insider that "given the amount of possible configurations and engine options, LY 650’s pricing is estimated to be around $3.6 million+ (R53 milion)."