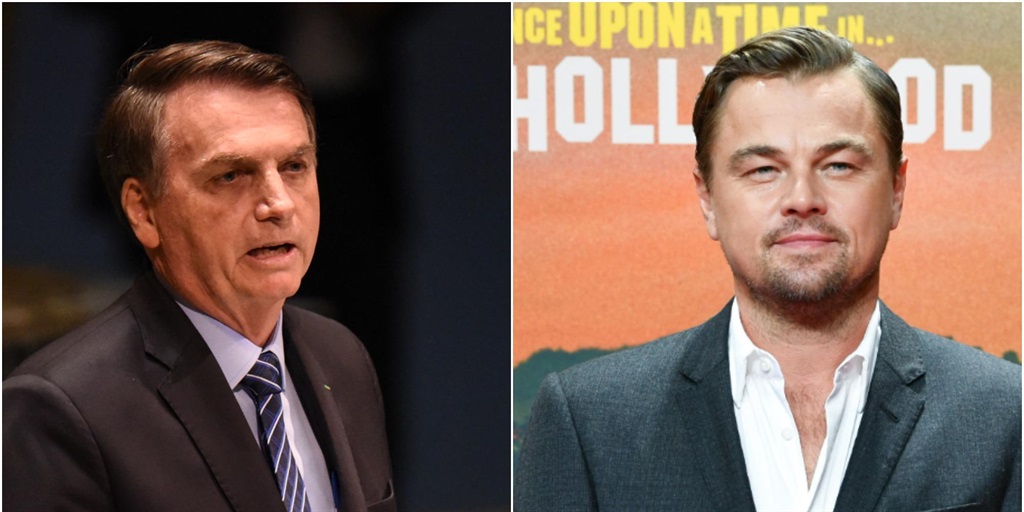 Stephanie Keith/Getty Images, Jens Kalaene/picture alliance via Getty Images
Brazilian President Jair Bolsonaro claimed without evidence that Leonardo DiCaprio is "giving money to torch the Amazon" in his latest attempt to assign blame for the fires that have devastated the forest.

Bolsonaro took aim at the actor in his latest accusation against NGOs that are critical of his policies, in which he claims they started the fires, during remarks at the presidential residence on Friday, according to Reuters.

"This Leonardo DiCaprio is a cool guy, right?" Bolsonaro said. "Giving money to torch the Amazon"

The president gave no evidence and did not elaborate any further. He seemed to be echoing a similar claim he made that raised eyebrows during a live webcast aired one day earlier.

Bolsonaro pointed to allegations that environmental groups like the World Wildlife Fund (WWF) started the fires and paid for images to attract donations.

Four members of the NGO Alter do Chão Fire Brigade were arrested earlier in the week after they were accused by police of purposefully setting fires in order to take photos of them.

"What did the NGO do? What is the easiest thing? Set fire to the forest," Bolsonaro said. "Take pictures, make a video. [WWF] makes a campaign against Brazil, it contacts Leonardo DiCaprio, he donates $500,000."

The WWF has denied receiving a donation from DiCaprio or obtaining photos of the fires from volunteer firefighters. DiCaprio, whose charity pledged $5 million to the Amazon, also denied having donated to the WWF, saying in a statement reported by Reuters that "while worthy of support, we did not fund the organizations targeted."

He also praised "the people of Brazil working to save their natural and cultural heritage."

Since the fires first sparked in August at a rate the country hasn't seen in years, Bolsonaro deployed the army to the Amazon, but many fellow lawmakers and critics say the administration should devote more resources to the crisis.