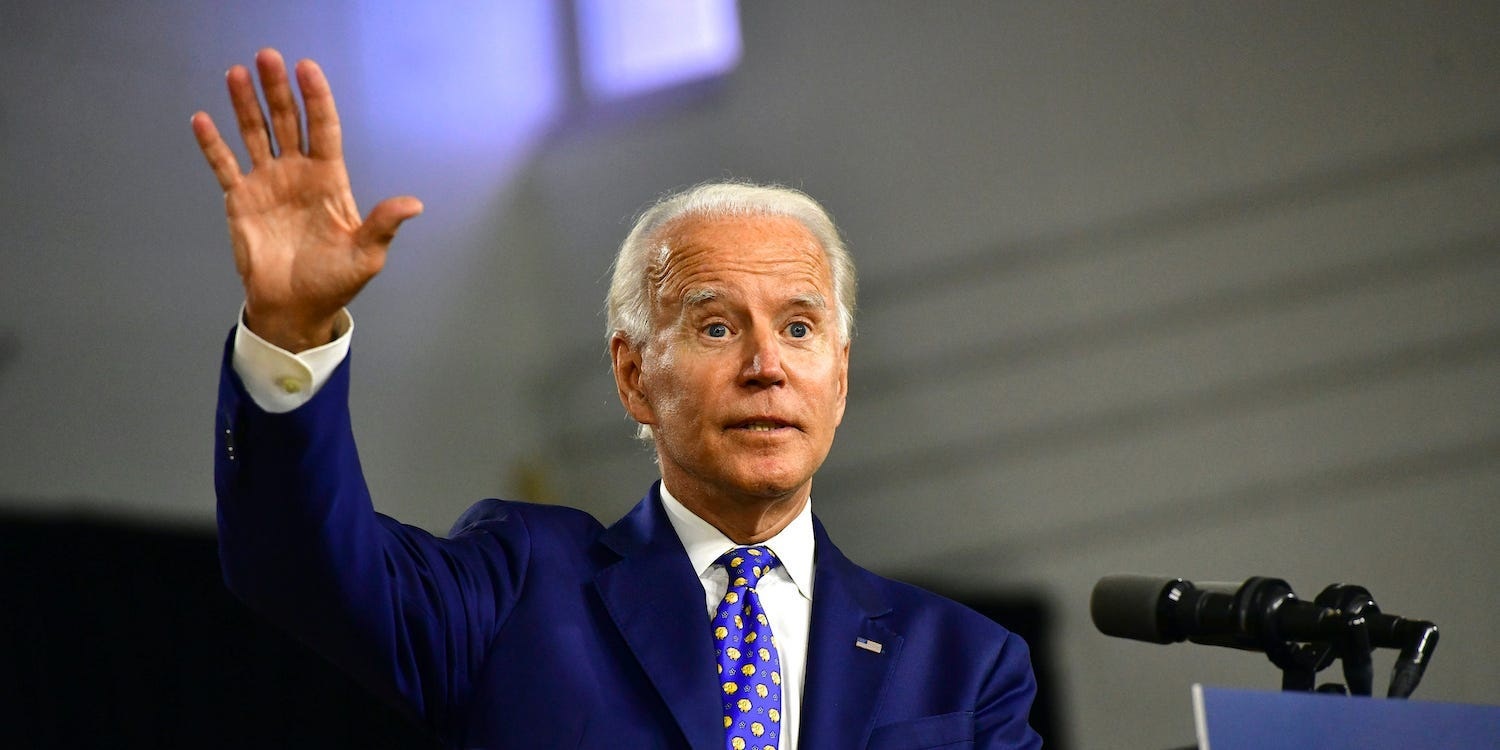 Democratic presidential nominee Joe Biden on Friday forcefully pushed back against the explosive New York Post article that circulated this week alleging that his son Hunter tried to set up a meeting with a Ukrainian official while he was still vice president, a narrative long pushed by President Trump and leading conservatives.

After a day of campaigning in Michigan, Biden took questions from reporters at Detroit Metropolitan Wayne County Airport. When asked about the report by CBS News reporter Bo Erickson, Biden didn't pull any punches.

"I know you'd ask it," he said. "I have no response. It's another smear campaign, right up your alley. Those are the questions you always ask."

I asked Joe Biden: What is your response to the NYPost story about your son, sir?

He called it a â€œsmear campaignâ€ and then went after me. â€œI know youâ€™d ask it. I have no response, itâ€™s another smear campaign, right up your alley, those are the questions you always ask.â€ pic.twitter.com/Eo6VD4TqxD — Bo Erickson CBS (@BoKnowsNews) October 17, 2020

The Post report claims that data on a water-damaged laptop left at a computer repair shop showed that Hunter Biden had emailed Vadym Pozharskyi, the third-ranking executive at the Ukrainian natural-gas company Burisma Holdings, requesting "advice on how you could use your influence to convey a message" or "signal" in May 2014.

Another email allegedly from April 2015 showed Pozharskyi thanking Hunter Biden for "inviting me to DC and giving an opportunity to meet your father" and to "spend some time together."

However, according to a Business Insider article, "the most glaring questions center on whether the emails are authentic, how they were uncovered, and how the Post obtained them."

President Trump seized on the issue once again, claiming the Bidens had secretly met with the Ukrainian government, despite the lack of concrete and verifiable evidence. The report, which had links to former White House senior counselor Steve Bannon and Trump's personal lawyer, former New York mayor Rudy Giuliani, immediately raised suspicions among many observers.

"Both men have pushed conspiracy theories about the Biden campaign's ties to Ukraine, and Giuliani met last year with a Ukrainian official who was sanctioned in September and accused of acting as a Russian agent," according to Business Insider.

Andrew Bates, a spokesman for the Biden campaign, released a statement on Wednesday refuting the article.

"The New York Post never asked the Biden campaign about the critical elements of this story...moreover, we have reviewed Joe Biden's official schedules from the time and no meeting, as alleged by the New York Post, ever took place."

Trump has routinely brought up Hunter Biden at campaign rallies and even in the first presidential debate in Cleveland earlier this month. During the debate, Biden immediately went to his son's defense when Trump attacked Hunter's past issues with substance abuse, a topic where the former vice president has spoken with compassion to voters.