Inside Kim Jong Un's personal train — which is bulletproof, has all-white conference rooms, and its own red carpet ramp 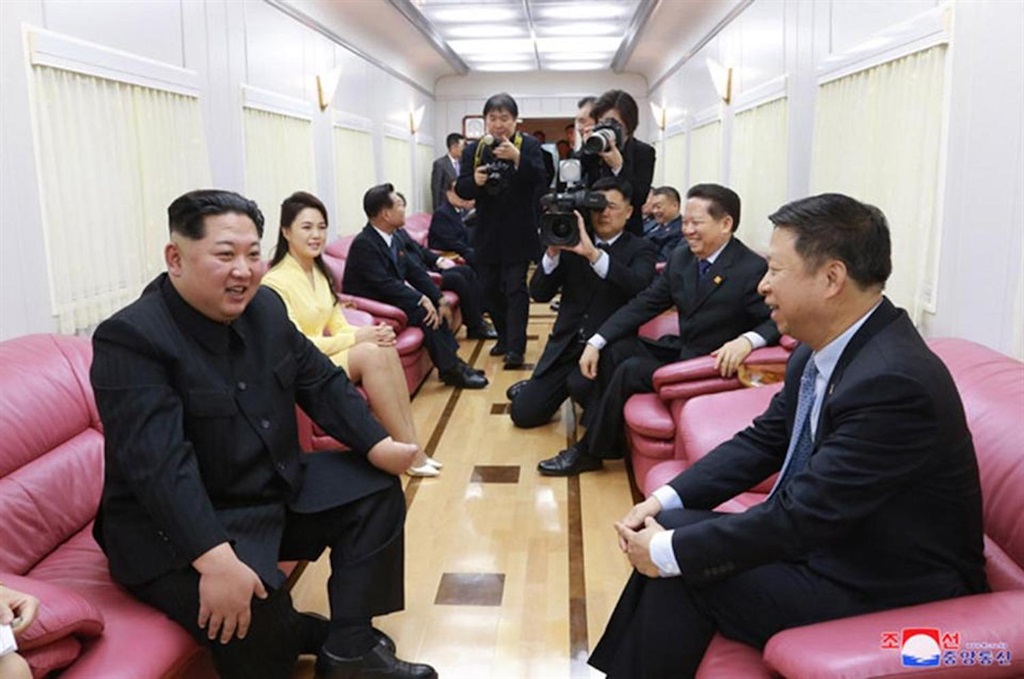 Instead of taking a plane, he's opted to take his family's personal armoured train from North Korea. The trip from Pyongyang to Hanoi, which passes through eastern and southern China, is some 3 200 km long and could take at least three-and-a-half days.

The 21-carriage, green train with a distinctive yellow line running across it has been seen travelling across China over the past few days.

Not much is known about the Kim family train, but previous accounts and footage show it to be filled with imported French wine, Apple computers, and plush leather seats.

Photos from North Korean state media provide a rare look inside the unusual vehicle - take a look inside:

North Korea watchers on Monday posted a video of a familiar green train with a single yellow horizontal line through it in the southeastern Chinese city of Yongzhou. It is undoubtedly the famous Kim family train.

Kim Jong-un's special train has entered Guangxi, China, near Vietnam. This video was made in Yongzhou, Hunan, China. pic.twitter.com/rBvbWEJqdf

The last time Kim Jong Un took his train outside the country was to Beijing, where he spent his 35th birthday with Chinese President Xi Jinping.

North Korean TV showed him walking along a red carpet to board the train, and waving to dozens of government officials and army officers who lined up to send him off.

Kim also used this train on his first trip to China in March 2018. That trip was largely kept secret, but North Korea watchers immediately recognised the train, which both Kim and his father Kim Jong Il had used before.

When Kim Jong Il travelled on the train, power to other lines would be shut down so nobody could get in his way.

The train has an average speed of just 60 kmh — likely because every carriage is bulletproof, making it much heavier than a regular train.

It also has a red-carpeted ramp on which the supreme leader can board the train.

Inside one of the carriages are pink leather chairs with small wooden tables in between. Here's Kim, his wife Ri Sol Ju, and other officials sitting on them.

This carriage looks long enough to fit at least 20 people.

Apart from the colour of the chairs, the design inside the train carriages don't seem to have changed much since Kim Jong Il's reign. This YouTube video from 2011 shows how it looked before.

The elder Kim also had a flat-screen TV, wooden desk and a computer at the end of one of his carriages. The desk and computer are now being preserved at Kim's mausoleum in Pyongyang. It's not clear where the TV is. 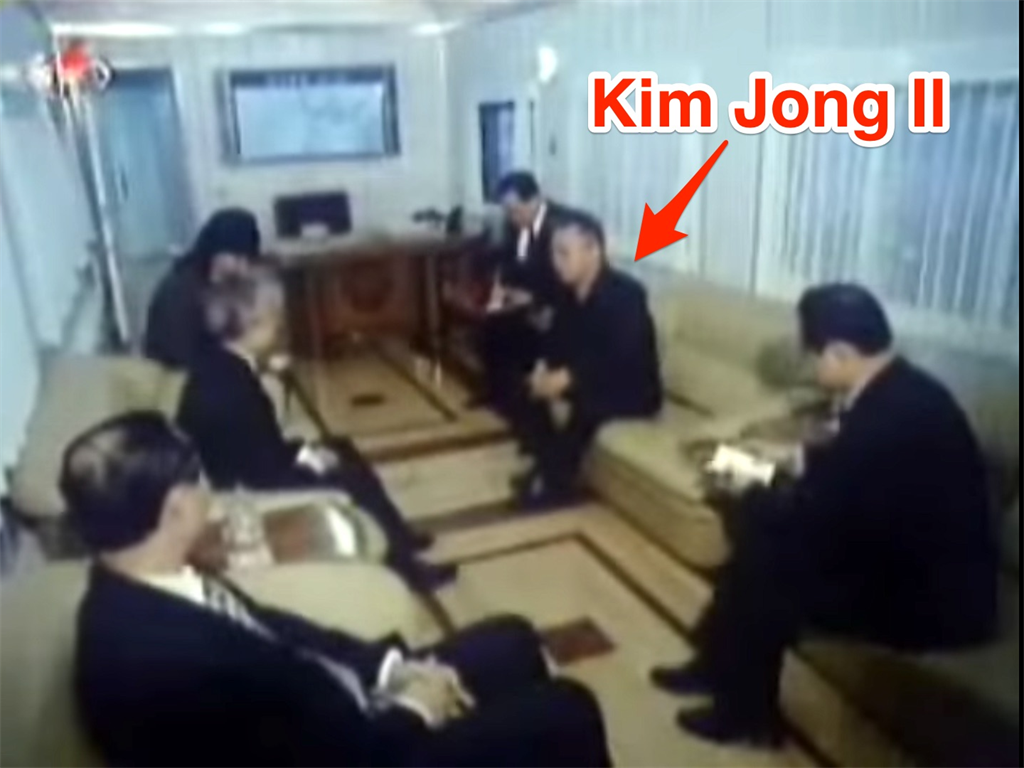 Kim Jong Un also conducts official business on the train. This still from a 2015 video shows Kim Jong Un speaking to officials in an all-white conference room during a domestic trip. Unlike his father, however, Kim seems to prefer using Apple MacBooks to desktop computers. Kim Jong Un is known to be an Apple fan.

Kim Jong Il used to travel in opulence — he stocked his train with Bordeaux and Burgundy red wines, silver chopsticks, and whatever else he fancied from around the world.

This is according to Konstantin Pulikovsky, a Russian official who travelled with the late North Korean leader in the early 2000s - when the rest of North Korea was reliant on humanitarian aid after years of famine.

"It was possible to order any dish of Russian, Chinese, Korean, Japanese, and French cuisine" on board, Pulikovsky said. This undated video shows a section of the train's dining carriage under Kim Jong Il's reign, which has reportedly since been renovated.

It's not clear whether Kim Jong Un stocks the train as opulently as his father did. But he's not known to be one to skimp — he reportedly enjoys Swiss cheese, Cristal Champagne and Hennessy cognac.