Huawei has been blacklisted by the US government. Here's what happened to the last Chinese tech company that got the 'death penalty.' 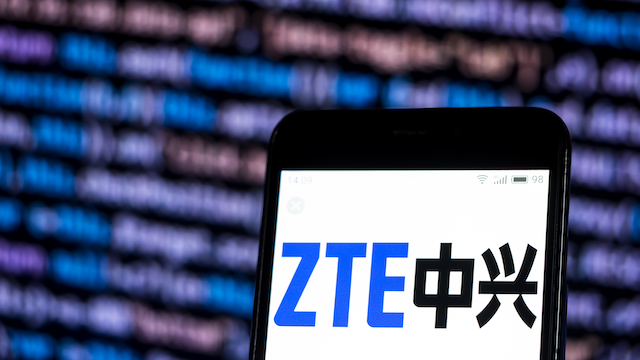 (Getty)
Google has stopped providing updates of its Android software to China's Huawei, the second-largest smartphone maker, after the US government placed Huawei on a trade blacklist.

Google's ban could have a massive effect on Huawei's mobile business. Without future updates and other crucial components of Google's Android operating system, Huawei's future smartphones could become expensive paperweights to existing owners rather than useful - and even great - smartphones.

But Huawei wasn't the first Chinese tech company to get on the US government's "Entity List," which is known within the government as the "death penalty," according to The Washington Post.

In May 2018, the Trump administration banned sales of US-made parts to the Chinese phone maker ZTE, the second-largest telecom-equipment maker in China that generated $17 billion in revenue in 2017.

The ban came as a result of an investigation into ZTE's sales to North Korea and Iran, which the US said violated existing sanctions against those countries. ZTE had relied on US companies for certain components, and the ban crippled ZTE's operations and led to a shutdown of its factories. The company said that the ban threatened its existence.

After intense negotiations over the following months, the Trump administration reached an agreement with ZTE to lift the crippling sanctions. In exchange for the US government easing sanctions against ZTE, the company was forced to pay a $1 billion fine and place $400 million in escrow should the company violate sanctions again. ZTE was also forced to make changes to its executive team and allow a US compliance team to oversee activities.

Later, the US Senate would reject Trump's agreement with ZTE to ease sanctions and move to ban sales of ZTE smartphones in the US. Eventually, a compromise was reached that would prevent ZTE only from obtaining US government contracts.

See also: Huawei is being locked out of Android – here’s what that means for South African users

ZTE's woes have continued in 2019. A US federal investigation into whether the company is a security risk is ongoing. In April, MIT joined a growing list of schools that ended collaborations with ZTE, as well as Huawei, as a result of the investigations.

As for Huawei, founder and CEO Ren Zhengfei told Japanese press on Saturday that the recent US sanctions would affect its growth "but only slightly."

"We will not change our management at the request of the U.S. or accept monitoring, as ZTE has done," he said.

Related Links
Some South African Huawei owners are hoping to get a refund. Good luck with that.
Huawei crisis: South African government won’t ‘discriminate’
Huawei is being locked out of Android – here’s what that means for South African users
Next on Business Insider
Apple is reportedly testing iPhones with USB-C rather than its lightning ports