Dr Esther Mahlangu conferred with an honorary doctorate by the University of Johannesburg. (Amanda Khoza, News24)

South African artist Esther Mahlangu receive an honorary PHD from the University of Johannesburg (UJ) on Monday, at the age of 82.

#EstherMahlangu: Ndebele artist, Esther Mahlangu, has arrived for the graduation ceremony at the University of Johannesburg. @TeamNews24 pic.twitter.com/H7y2yd56rk

The university's dean of the faculty of art, design and architecture, Proffessor Fredrico Freschi, told News24 the doctorate is in recognition of Mahlangu's legacy as a cultural entrepreneur.

WATCH: The moment the University of Johannesburg conferred an honorary doctorate on renowned South African Ndebele artist, Esther Mahlangu. The 82 year-old icon is the country’s pride and joy. @TeamNews24 pic.twitter.com/GvC53vK9tk

Mahlangu first gained international prominence in 1989 after her works were showcased at the Magicience de la terre (Magicians for the world), an art exhibition held at the Centre Georges Pompidou and the Grande Halle Parc de la Villette.

This is where her work has featured, and what it has inspired, over the years.

In 1991 car maker BMW commissioned Mahlangu to create an art car, so joining the likes of Andy Warhol and David Hockney before her. The BMW 521i became the first African art car and was exhibited at the National Museum of Women in the Arts in Washington DC in 1994. Mahlangu became the first non-Western and female designer of the art cars. She was commissioned again in 2016 to add her Ndebele art on the BMW 7 series which was on display Frieze Art Fair in London. In September last year, a Ndebele art mural inspired by her work was unveiled in Manhattan, on the corner of Franklin Street and West Broadway in Tribeca. The artwork named Xola, was completed by the New York-based artist, Imani Shanklin Roberts in collaboration with Citi Bike and South African Tourism.

A national honour in South Africa. In 2006 Mahlangu received the Order of Ikamanga (Silver).

A vodka campaign next to John Legend. 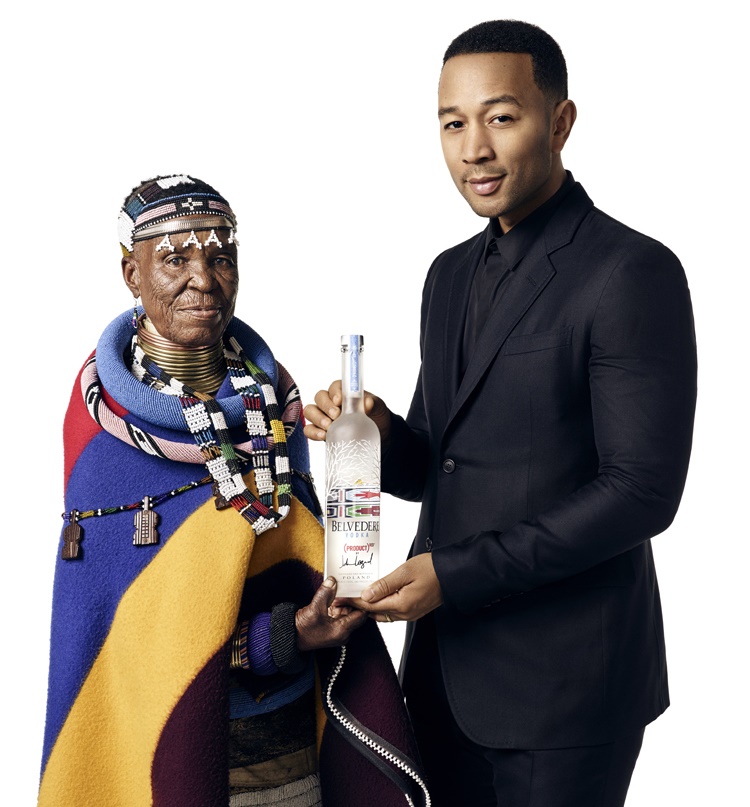 Mahlangu's Ndebele art was featured in Belvedere Vodka's #Makeadifference capaign where she appeared in their advertising campaigns with America singer, John Legend.

The limited edition bottles were sold at selected stores where 50% of the profits were donate to the Global Fund to fight HIV/AIDS in Africa.

A greater appreciation of Ndebele art. Ndebele paintings, predominantly done by women, are a form of self-expression of one's individuality and sense of self-worth. Mahlangu was taught how to paint by her mother and grandmother at the age of 10.

Related Links
Four South African paintings were sold for more than R1 million each in one evening
A painting being called the 'African Mona Lisa' just sold for R19.6 million at an auction after...
Amazon is selling fake Basotho blankets in the middle of the Black Panther craze – and they are...
Next on Business Insider
TAKE A LOOK | The new 'R50' coin from the SA Mint – which can cost up to R100,000