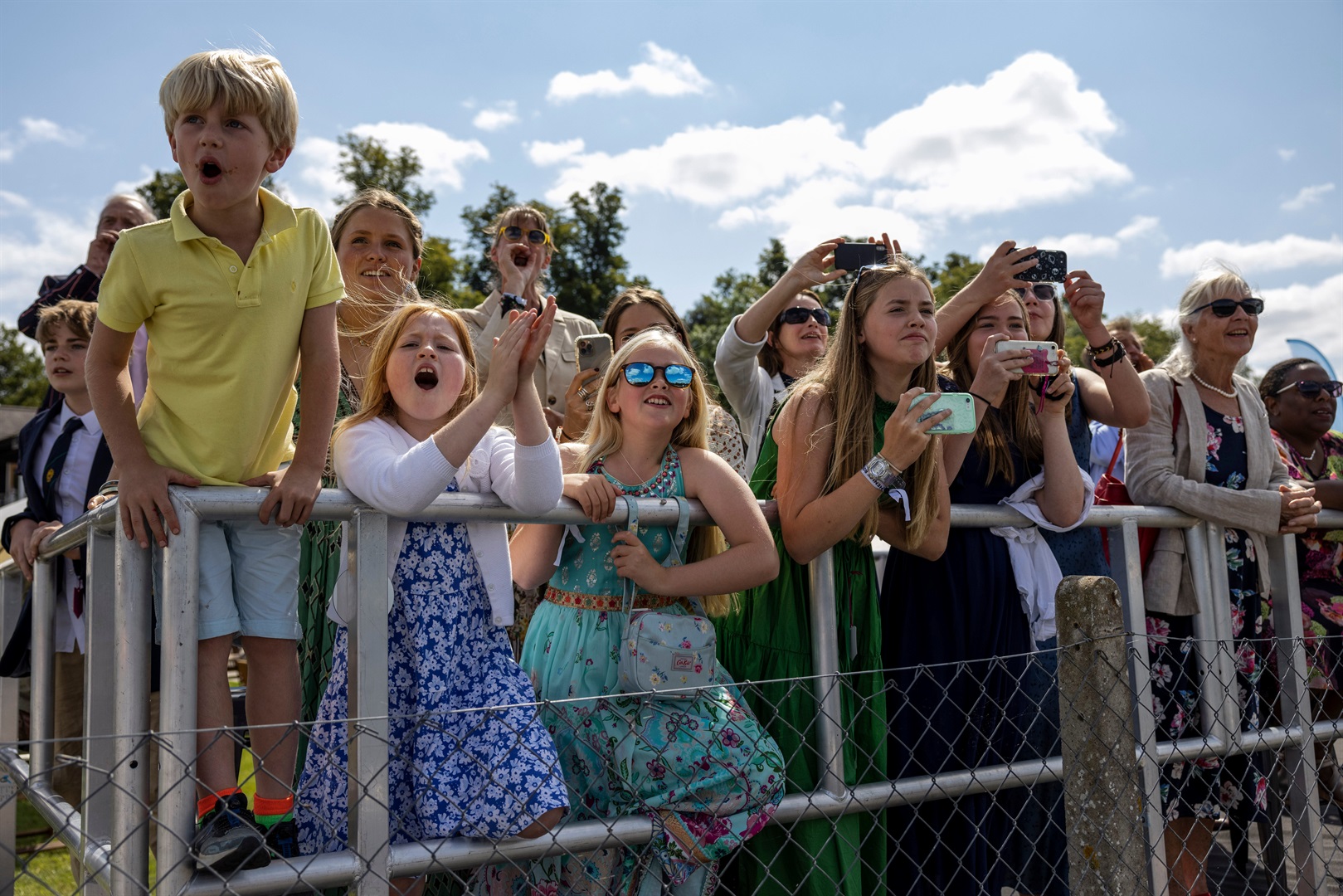 For the first time in its 182-year history, Henley Royal Regatta is allowing women to wear pants as part of the formal dress code required for its exclusive members-only area.

The annual rowing event, which takes place over five days in Oxfordshire, England, along the River Thames, first started in 1839 and was given royal patronage in 1851, according to the event's website.

In a press release, organisers announced the prestigious British regatta would return on Wednesday after a year-long hiatus due to Covid-19 disruptions. In an average year, the website says 300,000 people visit the event.

According to the Henley Royal Regatta website, it's described as "a modern sporting event with a history steeped in tradition." The dress code for the Steward's Enclosure, an area exclusive to regatta members and their guests, request attendees "respect this heritage." Meanwhile, those visiting the areas open to the general public are not required to adhere to any specific dress code rules. According to the event website, guests are asked to respect regatta's heritage with their dress code.
Gareth Cattermole/Getty Images

Respecting the regatta's "heritage," however, once meant that women entering the Steward's Enclosure had no option but to wear dresses or skirts.

In 2020, Oxford student Georgina Grant published a Change.org petition calling out the former dress code for being "draconian," "sexist," and "discriminatory." More than 1,680 signatures were added to the now-closed petition.

According to Grant's petition, the dress code previously read as follows: "Ladies are required to wear dresses or skirts with a hemline below the knee. Ladies will not be admitted wearing divided skirts, culottes, or trousers of any kind."

Grant wrote: "This is not just about women, this is about everyone. Trans, non-binary and people with disabilities are excluded by the HRR dress code. This needs to change."

In July, she announced the petition had been successful as the website had since updated its dress code for the regatta's 2021 return.

Sir Steve Redgrave, chairman of the regatta, told the Daily Telegraph he was "very much in favour" of the changes to the outdated dress code.

"We have been asked for a number of years if we could look at the ladies' dress code because times have changed," Redgrave said.

"Even though we see ourselves very much as a traditional event with a traditional way of dressing, with the introduction of more women's events in recent years and a growing number of women stewards, we felt that it was the right time to make the change," he added.

According to Redgrave, the change marks an "evolution not revolution."

The dress code for women now reads as follows: "Ladies are required to wear dresses or skirts, with a hemline below the knee, or jackets or blazers with trousers, or trouser suits. Whilst not a requirement, it is customary for ladies to wear hats. No one will be admitted wearing shorts, leggings, tracksuits or jeans."

Representatives for Henley Royal Regatta did not immediately respond to Insider's request for comment.

Related Links
Ukraine sparks fury with plans to make female soldiers march in heels at military parade
Some Black women feel safer working from home and opting out of office life to escape workplace...
How the 21st century economy convinced millennial women that having kids isn't worth it
Next on Business Insider
The Burj Khalifa, the tallest building in the world, is so tall that people perceive time differently from the top and bottom floors