Three friends from the East Rand have launched their own kasi craft beer, and created a brewery, Township Brew, in the process.

FourtyFour Premium Lager launched in February this year and was cofounded by Vusi Radebe, Machode Msiza, and Sfiso Nhlapo, who have been friends for more than a decade.

The trio discussed the idea of possibly creating their very own kasi beer just last year. 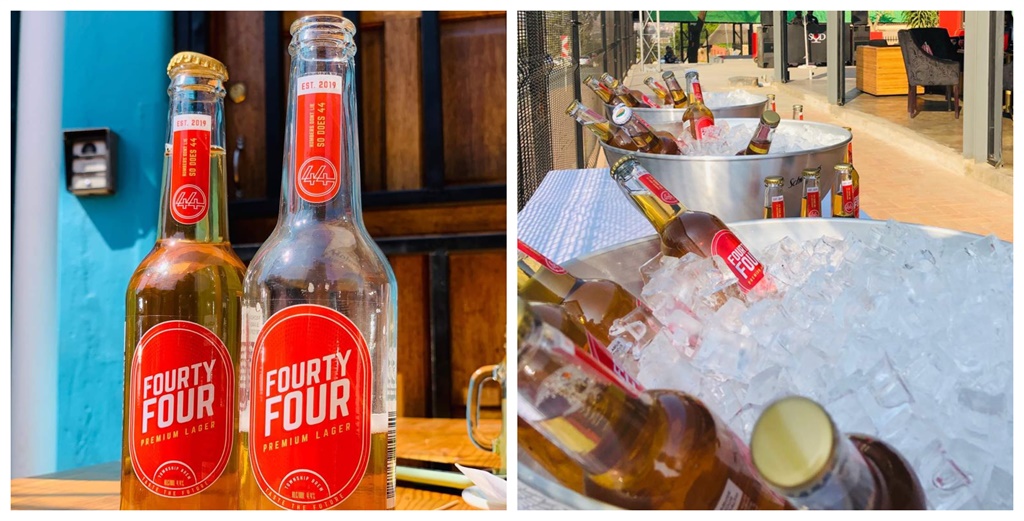 “We realised that we consume a lot of beer, so why not play a part in that space by creating our own beer and get something from it as well,” says Radebe. The brew was launched just before the country went into an unprecedented lockdown to fight the spread of the novel coronavirus, on 27 March.

With a ban on alcohol sales during the strict lockdown, marketing was close to impossible. The trio initially was limited to selling branded merchandise such as sweaters and caps online.

"We were liked strongly on social media. We posted a lot and even got recognition from the like of [business mogul] Vusi Thembekwayo, who also created a story about filling up the tables with FourtyFour after the lockdown.

"Not being able to sell meant we needed to come up with other ideas to keep people aware of FourtyFour Premium Lager. That's when we started selling merchandise such as sweaters, caps and T-shirts," said Radebe.

As the rules on alcohol sales were relaxed, the partners approached various restaurants and bars, and secured some orders.

The beer now sells across the province in Springs townships such as Tsakane and Kwa-Thema at R25 per bottle, and is available in various restaurants in Joburg, Vilakazi Street in Soweto, and Tshwane.

Before the beer was created, Machode suggested that the team look at creating their own brewery as well, and the partners started Township Brew. 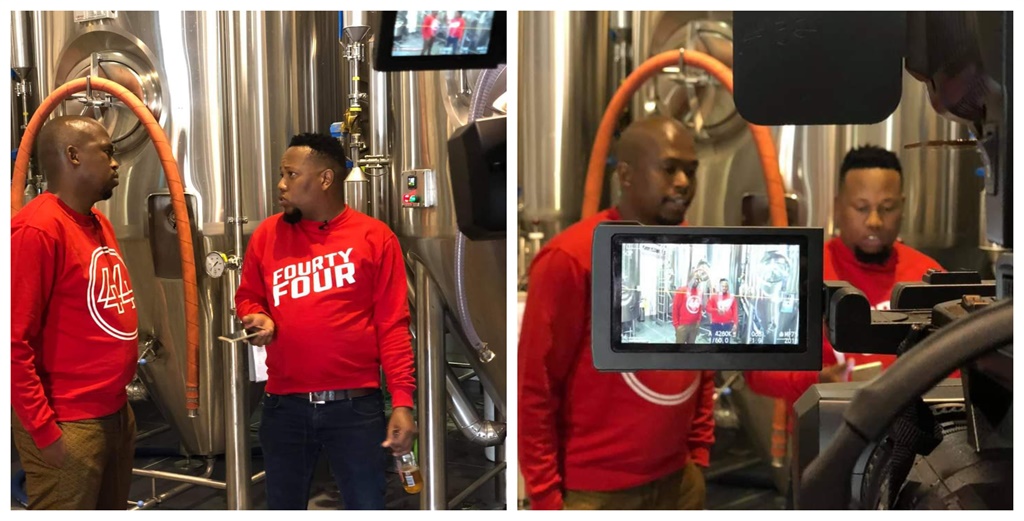 “Our dream is to have the actual brewing in the heart of the township in Tsakane. We already have the space, we just need to start liaising with people so that we can make the dream a reality, having a fully fledged brewery that will also benefit the people that are in and around the township,” Radebe said.

With no prior knowledge in the field, they conducted research and carried out their craft brewing with Aphiwe Nxusani-Mawela, founder of Brewsters Craft and the first black woman in the country to found a microbrewery.

“She helped us a lot, from the recipe to producing the actual beer,” said Radebe.

The rest of the work was left to them. They worked on the taste, packaging, and the image of the beer. Radebe said the name was inspired by the undocumented language of numbers in the township. "In township language, if I say 38 I mean Chuck Taylors, if you talk about 9/9 it's more about emphasis... think about even house numbers," he said.

Machode describes the beer poetically. “It’s light, crisp, mellow and smooth, with a distinctive taste. It’s got a South African kick but a Mexican summer feel."

The taste was a go-to “because of the beverages we enjoyed to consume before we brewed our own. We tried to resonate with the taste common to us and that our peers and the mass market enjoy," said Machode.

According to Radebe, despite challenges that came with Covid-19, the road to starting the business was pretty “seamless.”

“More than being business partners we are friends, so we have been talking the same language. Our story was just the same. We knew what we wanted."

At the moment, the founders are working on a cider and also hope to create their own champagne and other beverages.

Brewster’s Craft was recently a winner in an entrepreneurship competition organised by TV channel VIA (DStv channel 147). Six small to medium-sized businesses each won marketing airtime and a TV commercial – worth more than R3 million in total.