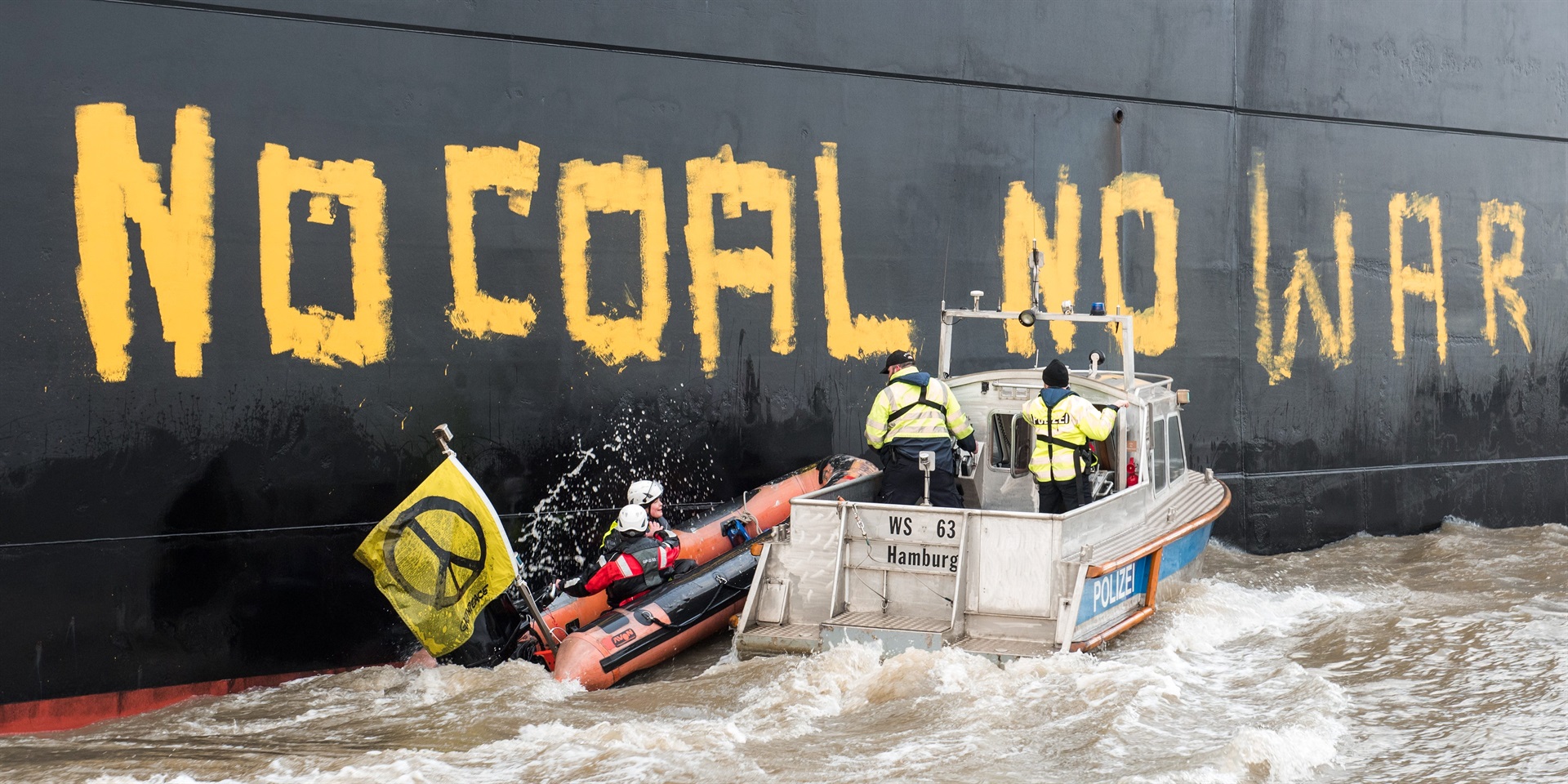 Activists on the coal freighter "Grand T," which is loaded with Russian coal, on its way to Hamburg, Germany.
Daniel Bockwoldt/Picture Alliance/Getty Images

The European Union's plan to ban Russian coal is expected to come into effect a month later than initially planned due to pressure from Germany, an EU source told Reuters.

European envoys are set to vote on the plan on Thursday. The source told Reuters that the plan was changed so that the ban would take place in mid-August, a month later than planned.

The Reuters report did not give more details on the apparent pressure from Germany.

Germany is heavily reliant on Russian coal, oil, and gas. Earlier this month it was preparing to ration its natural-gas supply amid a standoff over payments to Russia.

The proposed ban on Russian coal comes as part of the EU's fifth round of sanctions over the invasion of Ukraine, which also proposes a reduction in how much oil the bloc imports from Russia. The plan does not mention natural gas imports from Russia.

EU countries have been trying to find a way to reduce their dependence on Russian fuel, for which they pay Russia billions of dollars, that would not find themselves short of energy and severely damage their economies.