Beatrice Christofaro , Business Insider US
WARNING: this post contains images which some readers may find disturbing. An image, blurred by INSIDER, showing a rat stuffed with drugs which UK officials say was used in a smuggling operation.
Ministry of Justice/INSIDER

Criminal gangs used dead rats to smuggle drugs, tobacco, and cell phones into a prison in southern England, the UK Ministry of Justice said on Monday.

Police officers uncovered the plot at the Guys Marsh prison in Dorset when they found three dead rats with stitches along their stomachs. 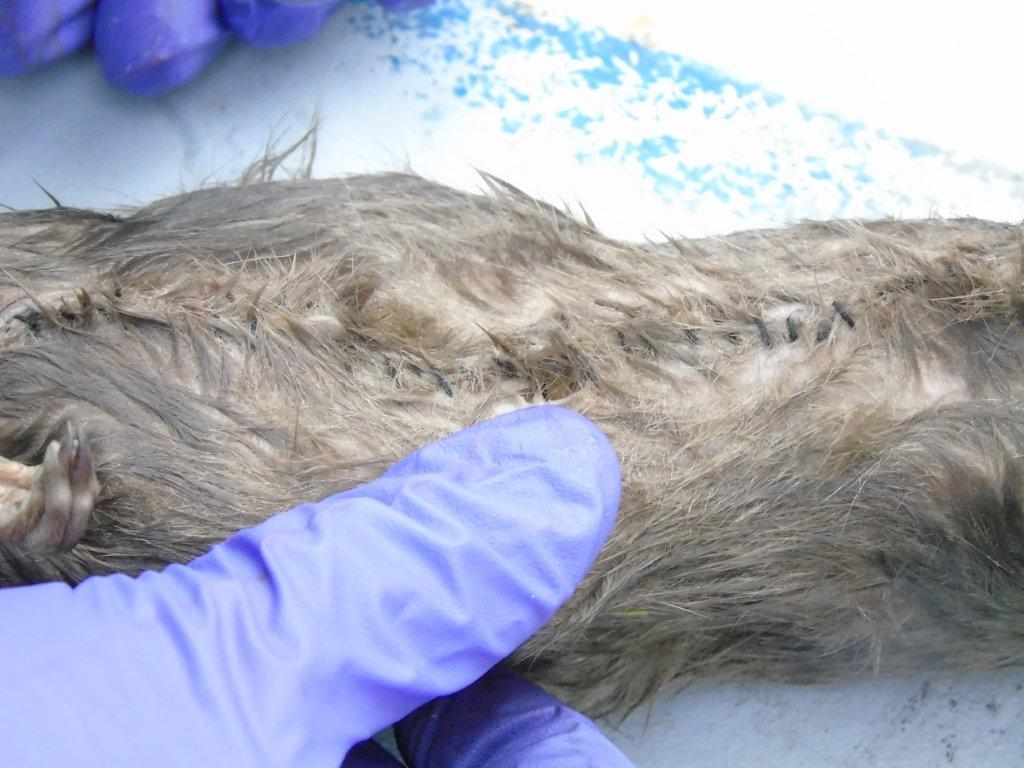 Gangs stitched up the rats after stuffing them with contraband.
(Ministry of Justice)

When they opened up them up, they saw the rats had been disemboweled and stuffed with a large amount of drugs including spice, the synthetic drug causing an epidemic in UK jails, cannabis, and tobacco. Gangs stuffed the rats with drugs, tobacco, and phones.
(Ministry of Justice)

The Ministry of Justice suspects that gangs on the outside coordinated the exchange with inmates, and then threw the rats to them over a fence.

Though prisoners are known to have used pigeons and tennis balls to smuggle in contraband, this is the first time the UK has recorded stuffed animals being used as a vessel.

See also: A Russian man was arrested after trying to smuggle a drugged orangutan, 5 lizards, and 2 geckos out of Indonesia in his luggage

Rory Stewart, the UK Prisons Minister, said: "This find shows the extraordinary lengths to which criminals will go to smuggle drugs into prison, and underlines why our work to improve security is so important."

The smuggling of contraband to prisons has been worsening in the United Kingdom. Ministry of Justice statistics show that drug finds in prisons increased by 23% in the year leading up to March 2018. The number of phones seized grew by 15%. Guys Marsh, the prison where the rats were found, has a particularly troubled history, according to the Guardian.

In 2016, photographs showed inmates drinking and consuming drugs while eating takeout fish and chips, none of which is allowed in prison.

The following year, a drunk inmate stripped and set fire to a roof, according to the British newspaper.

"By toughening security and searching, we can ensure prisons are places of rehabilitation that will prevent further re-offending and keep the public safe."

The prison service is already investing millions of pounds to improve security, for example through scanners, improved phone blocking technology and a financial crime unit, according the Ministry of Justice.

The prison is also working with police to find and prosecute the culprits, it said.