Clicks says employees pocketed an average of R355,000 each from its employee share scheme. Here’s how it worked. 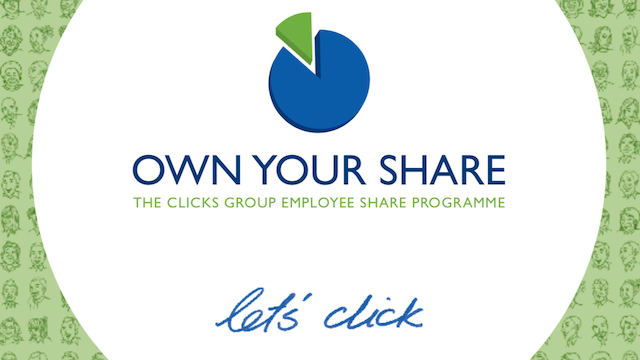 On average more than 7,000 of its employees received payouts of R355,000 each over the past two years, retail group Clicks said on Thursday in the final tally of a share scheme that ended in February.

And that is not counting the much smaller pot of dividends they shared during the course of the seven-year scheme.

Clicks created the employee share ownership scheme (ESOP) in 2011 as part empowerment vehicle and part an effort to attract and hold on to scarce employees, specifically pharmacists and black managers.

The scheme was open to all permanent employees, regardless of race, except for a small group of senior managers. Because the majority of its workforce is black, the scheme qualified as a black empowerment vehicle, bumping up Clicks' BEE rating proportional to the 10% of its shares placed into trust.

Employees who joined up to 2015 were eligible to participate, but the biggest chunk of shares went to employees who were already long-term employees in 2011 – especially if they were pharmacists or black managers – and stuck around.

Under rules meant to keep scarce skills around, extra allocations of shares were made to those who had been with Clicks for 5 years or longer, registered pharmacists, and black employees above a certain employment band.

People in those categories received 15% more shares than their peers, or 30% if they checked two or more of the boxes.

Anyone who left Clicks within three years or were dismissed lost all their shares, and those who stuck around for seven years saw 100% of their shares vest, with various levels of penalties in between for early leavers.

But thanks to huge growth in the value of Clicks shares, even those employees without extra allocations or who did not stick around for full vesting were handsomely rewarded. As Clicks took over Netcare's hospital pharmacies, rapidly grew its retail footprint, and increased health and beauty sales despite fierce competition, its share price rose from slightly under R40 at the start of the scheme to nearly five times that by the time the last tranche of shares vested.