African art accounts for about R12 billion of the total global top-end art market valued at about R900 billion, according to the South Africa 2018 Wealth Report released by AfrAsia Bank and New World Wealth in April.

About R5.5 billion of the top-end African art is held in South Africa.

These are South Africa’s most expensive paintings right now.

1. The highest price ever achieved for a South African painting is Irma Stern's Arab Priest, at R52,303,600. The Zanzibari beauty which caught Stern’s eye, titled ‘Bahora girl’ is an enchanting image dating from 1945. An oil on canvas it comes with its original Zanzibar frame which adds additional interest. (Picture: Bonhams Fine Art Auctioneers) 4. One of the highest prices ever achieved for a South African painting is Irma Stern's Two Arabs, at R21,166,000. 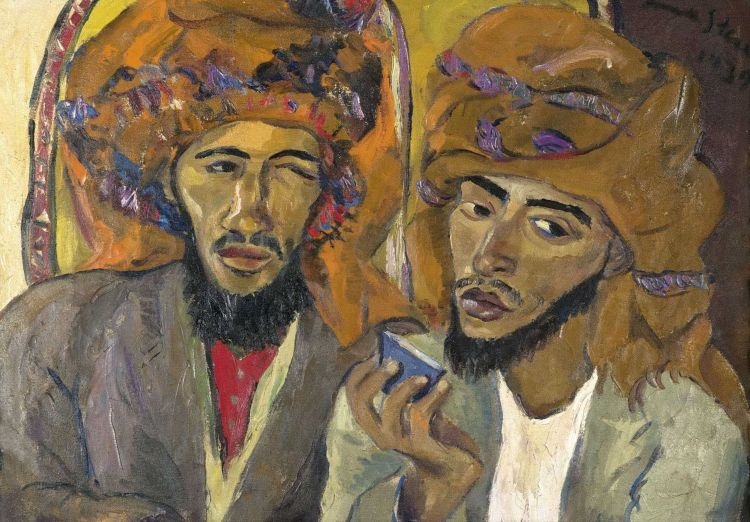 Irma Stern has captured the attention of art lovers and serious buyers alike with her paintings achieving phenomenal prices, including the highest price ever paid for any work of art at auction in South Africa when the painting, Two Arabs, was sold by Strauss & Co for R21 166 000 in September 2011. (Picture: Strauss & Co) The popular painting features‚ amongst others‚ in David Bowie’s The Stars Are Out Tonight music video‚ in a Don Paterson poem God’s Gift To Women‚ The White Stripes music video Dead Leaves And The Dirty Ground and Alfred’s Hitchcock’s film Frenzy. (Picture: Bonhams Fine Art Auctioneers) Stern chose to focus all attention on a single Arab, his contemplative face infused with kindness and bathed in glowing light. (Picture: Strauss & Co.) The pink sari is a stunning example of the beauty Stern encountered on the island. In the women of the Zanzibar in particular, she had found her greatest inspiration. (Picture: Bonhams Fine Art Auctioneers) Most of Irma Stern’s Arab subjects derive from the artist’s two visits to Zanzibar in 1939 and 1945. (Picture: Strauss & Co.) An oil on canvass reflecting Pierneef’s joy, enthusiasm and understanding of what he had just been exposed to. (Picture: Strauss & Co.) Painted in 1938, Malay Girl contains all the elements of Irma Stern’s finest works and is one her most compelling portraits providing extraordinary insights into the curious life of a child. (Picture: Strauss & Co.) White Lilies was included in Irma Stern’s solo exhibition at the Argus Gallery in March 1941, where it was identified as among the best works. (Picture: Strauss & Co.) Still Life of Delphiniums broke the R200 000 barrier for a 20th century South African painting back in 1995. The record stood for just over five years. (Picture: Strauss & Co.) Extensive Landscape Northern Transvaal made auction history in 1985 when it became the first South African painting to break the one hundred-thousand rand mark, selling for R120 000. (Strauss & Co.)

READ: Four South African paintings were sold for more than R1 million each in one evening