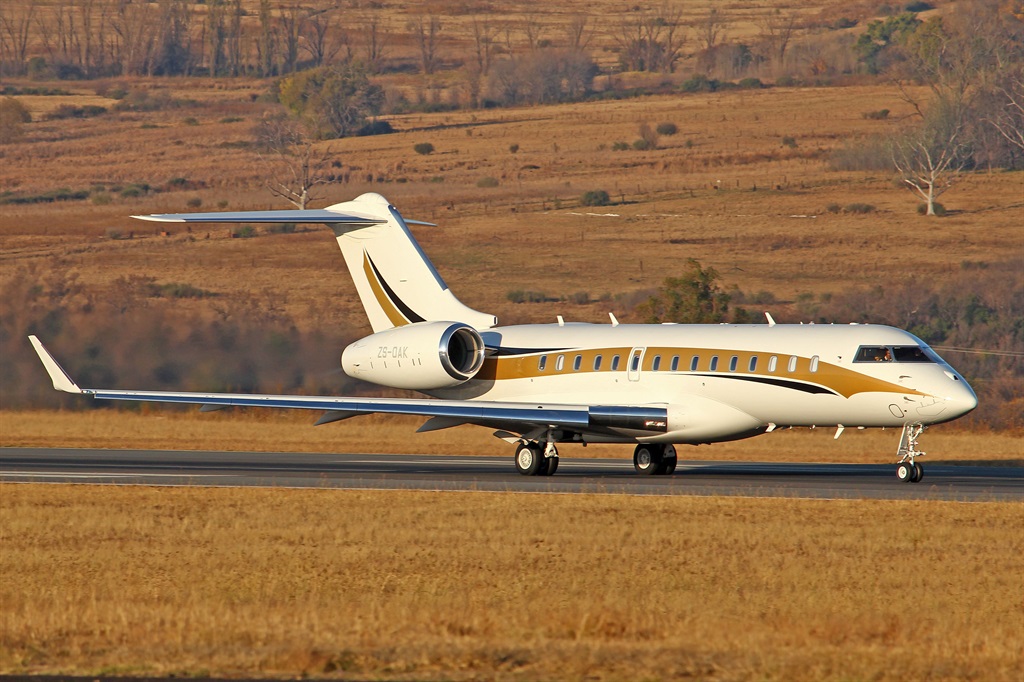 On Friday afternoon plane watchers noticed that private aircraft ZS-OAK – named after Gupta family company Oakbay – was on its way to South Africa.

Various maps that chartered its progress were soon closely watched.

The #Guptas missing jet, Bombardier Global 6000 ZS-OAK is heading back to South Africa. I’ve tracked it from Dubai heading south over Mozambique. I suspect it will land at Lanseria soon. pic.twitter.com/0iCCHNJPyz

ZS-OAK, the Gupta’s private jet, is at present in SA airspace and headed toward Gauteng. It’s unclear whether it’s returning to fulfil the terms of the court order to ground the aircraft. pic.twitter.com/qRUFkyK1Vo

Eyewitness News was there when the plane landed at Lanseria, and reported that only two pilots with a small suitcase disembarked.

#Guptas Two pilots came off the plane. No other passengers have disembarked. Police officers in uniform went in and came out again. pic.twitter.com/ITfAhHe2AQ

The Gupta family wants to appeal a court ruling that the plane, which became something of a symbol of their wealth, must be returned to the Canadian company that funded its acquisition.

It was not immediately clear why the plane returned – but now that it is back in South Africa, it will probably not be going anywhere.

"I can't see that anybody will give clearance for it to take off again," said an official at Lanseria, who asked not to be identified for lack of authority to speak to the media.

"Nobody wants to be the one who signs off saying 'let it go' and then you are the one in trouble."