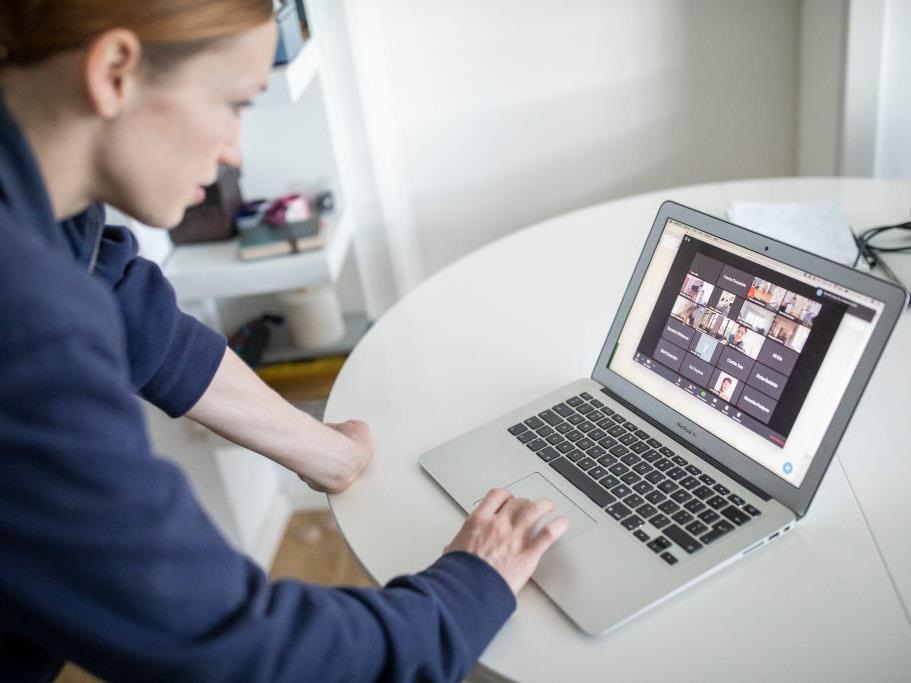 Many are turning to video online calls thanks to COVID-19, the coronavirus disease.

With schools, businesses, and restaurants closed, people are increasingly moving to video calling platform Zoom for work and socialising. The company says its stock already increased more than 100% since the outbreak spread in the US.

Some people are adapting by turning to Zoom games and parties as a way to interact with friends and stay in touch, but others are starting to feel burned out with what's been called Zoom fatigue. A few people shared how they're using Zoom, and what they're doing to combat burnout, with Business Insider. Here's what they had to say.

Fee Pelz-Sharpe, a 20-year-old college student, began to feel burnt out from Zoom calls almost immediately, though some classes were optional and they could watch recordings later. They use Zoom mostly for classes, which became remote this spring, and also for talking to friends.

"I think part of it is that I'm not constantly aware of my own appearance in in-person classes, while on Zoom I'm constantly adjusting and readjusting," they told Business Insider. They said that throughout Zoom calls, they worry about lighting and angles, even monitoring their facial expression to ensure that they appear interested enough.

Some of the technical issues common to Zoom and other video calling software also contributed to Pelz-Sharpe's burnout. They mentioned that it's both frustrating and exhausting to try to maintain a conversation while some participants' internet is slow, so audio can become out of sync or videos can freeze. People also tend to forget to mute themselves, which can be distracting with background noise. They found that these minor issues make every conversation last longer than it would in person.

In their circle of friends, the feeling of Zoom fatigue is common.

"I feel like at the beginning of this situation people were a lot more interested in Zoom happy hours and birthday parties." Now, more of their interactions have turned into phone calls and one-on-one conversations. Carley Campbell, a 19-year-old student, also uses Zoom for classes and work. She says she really started to feel the signs of Zoom fatigue setting in around mid-April, and they've kept growing ever since. "I felt like I needed to take a nap in between meetings and sometimes I debated skipping entirely."

She told Business Insider that her burnout stems from the expectation of going from meeting to meeting while remaining serious and professional, and feeling like she had to "scramble to the next link," leaving no time for basic necessities like eating, sleeping, and caring for her pets.

She thinks her problem is fairly universal: "I have yet to find someone who enjoys these Zoom meetings."

Her school is on a trimester system, so she was still on spring break when she saw everyone sharing memes and complaints about "Zoom University," as remote school is jokingly called. In a way, these shared grievances have even contributed to the burnout.

"That's the strange thing about this - everyone is going through the same thing, and that has become part of the fatigue - relatable humor, often from the professor or meeting host, takes up half of the dialogue in Zoom meetings. Fake-laughing through the pain got so old so fast, but it's the only method that professors have embraced so far to counteract how dismal the whole thing is."

Founder and investor Nemoy Rau, age 36, told Business Insider that he's always felt a level of Zoom fatigue, though it's increased recently. His company doesn't use Zoom because of security concerns, but he uses it to talk to friends and family, advise other startups and funds, and for religious groups.

Like others said, Rau finds audio-only calls preferable to video, and he usually suggests everyone turn off their webcams.

"I always joke and say, we all know what everyone looks like, save bandwidth," he said.

Since the pandemic ended most in-person meetings, having a webcam turned on during calls has become more of an expectation, Rau says, and people feel compelled to use video in every call. Bruu noted a similar feeling about video calls, given both the ability to watch yourself on screen and the knowledge that others are watching you.

"You basically sign on to being observed for an hour or more, even if only absentmindedly, by people with 'gallery view' on. Someone could even pin your video to their largest screen for an entire meeting if they wanted to."

According to Laura Hamill, who has a Ph.D in organisational psychology, Zoom is "just one piece of the puzzle" in the world right now contributing to an increased cognitive load. She pointed out that living through a pandemic, racial injustice, and protests, plus all the distractions that come with Zoom, can lead to fatigue, and eventually burnout.

Each person dealing with Zoom burnout mentioned trying to spend some time offline and focus on analog hobbies, though none had yet found a way to cure their fatigue.

Dr. Hamill suggests increases resources while decreasing demands, if possible. For example, she said that having a wellbeing mindset, showing compassion to yourself, and taking the time for non-work social connections can help.

Organizations can increase resources by encouraging and supporting flexibility and understanding, and not making assumptions about what is going on in people's lives right now.