We opened a Zenith padlock with the key from another lock.

A popular brand of padlock has been removed from the shelves of several stores across South Africa after allegations that some of the locks can be opened with keys from other locks.

Earlier this month, Wellington resident André Rossouw became suspicious about the ease with which his Zenith padlocks, meant to secure his garage, sprung open when he unlocked them.

Since both his vehicles and valuable tools are stored in the garage, he decided to investigate

He tested the Zenith lock with a key from another type of padlock. “To my surprise, it opened the lock.”

To warn other people, he decided to make a YouTube video, demonstrating how the lock clicked open when he used another key:

“I wanted to make the video to make people aware that they should check their locks. This could have ended much worse. Luckily I discovered it before others did.”

The YouTube video was published on the Reddit platform where it stirred up some comment, and we couldn’t resist trying it ourselves – not expecting it to work.

We decided to test another kind of Zenith padlock, the 20mm iron padlock, which we bought from the Crazy Store. A wide range of the Zenith locks is also available from Takealot.com and some wholesalers. Rossouw bought his padlock from the local Spar. We bought this Zenith iron padlock (20mm) from Crazy Store.

From a street vendor, we bought a R10 lock of similar size. The branding on the lock was difficult to make out, but it appears to be a knock-off of an international brand of padlocks. The keys, meanwhile, were marked with the word “CORAL”. 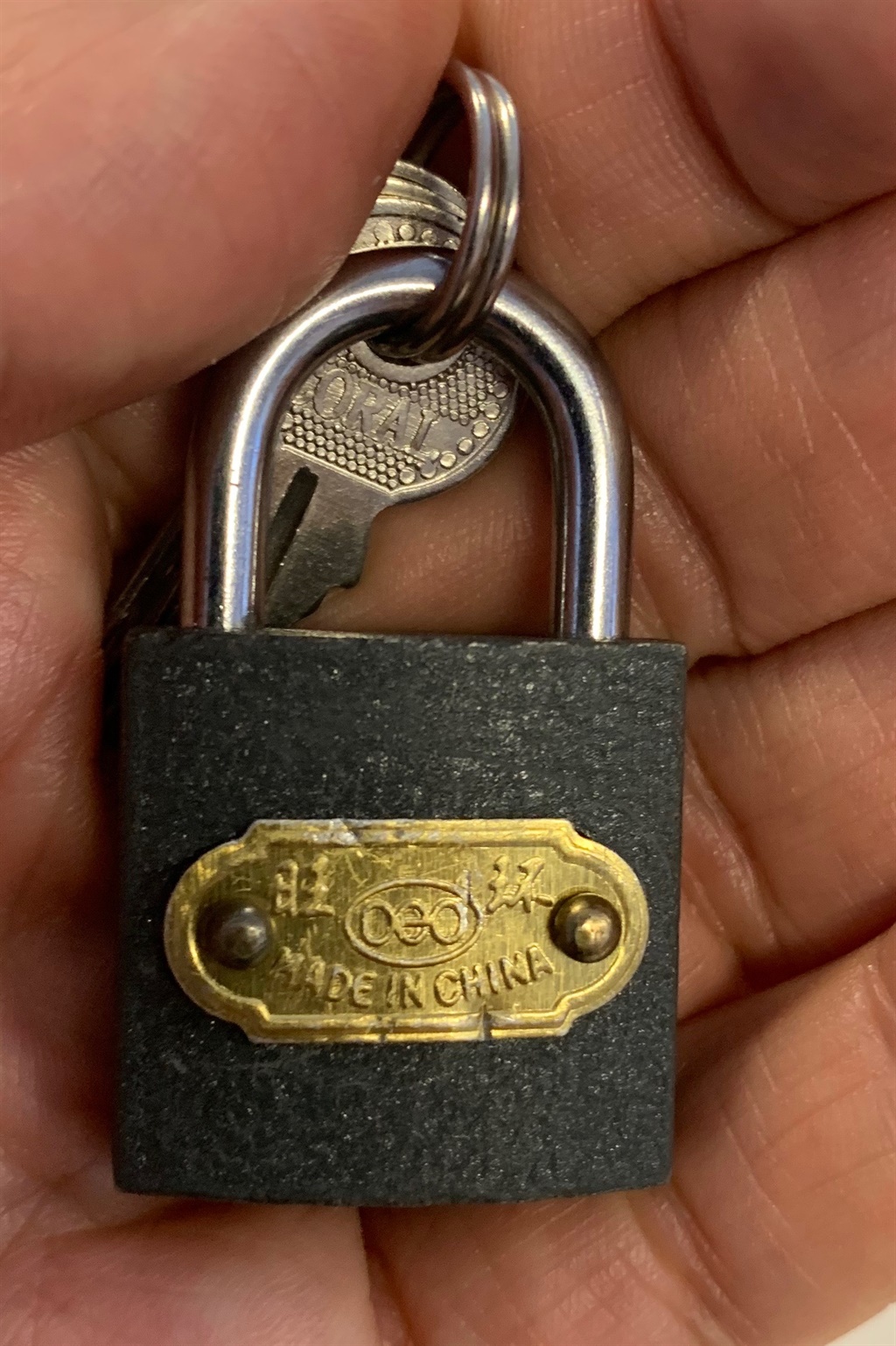 We bought this cheap lock from a street vendor. Its key opened the Zenith padlock without any effort.

Using the key of the street vendor lock, to our astonishment, the Zenith padlock clicked open with absolutely no resistance:

A Crazy Store spokesperson said that the company has had an "isolated customer complaint with one of our Zenith locks before". But after doing quality checks, the retailer could not find any other locks that were affected.

Crazy Store is owned by Melbro, which also owns the company that distributes Zenith padlocks in South Africa. Business Insider could not ascertain who the manufacturer of the product is.

Melbro’s group legal director, Craig Campbell, told Business Insider SA that a formal investigation has been launched into the product, but in an email requested that Business Insider refrains from publishing "any pejorative articles (including articles on social media) concerning our locks or Crazy Store” until the investigation is done.

Campbell also said Melbro would take the matter up with the product manufacturer.

“I would mention that we pride ourselves on being a member of the Consumer Goods and Services Council of South Africa, and that we seek to uphold the values enshrined in the Consumer Protection Act, 2008," said Campbell.

“Furthermore, we have worked hard to establish our good name and reputation, and we believe that there is an onus on us (as a supplier) to ensure that we supply fully functioning products to our valued consumers.”

Meanwhile, Crazy Store asked that its 372 stores remove the Zenith locks, and the range has also been removed from its website “until such a time that we feel confident that the issue has been resolved and we are satisfied with the quality of the locks”.

“The Crazy Store’s customer quality promise clearly states that we stand by our products and if there is a problem, consider it sorted. If any of our customers are affected by this issue we will give them a full refund,” a spokesperson said.

A Takealot spokesperson said Zenith padlocks were listed by one of its Marketplace sellers, and that it wasn't aware of the issue until now. “As soon as the issue was brought to our attention however, the product was immediately delisted and an investigation is currently underway.”