YouTube creator Preston Arsement has built a 24-person business and gained 10 million subscribers. He told us how. 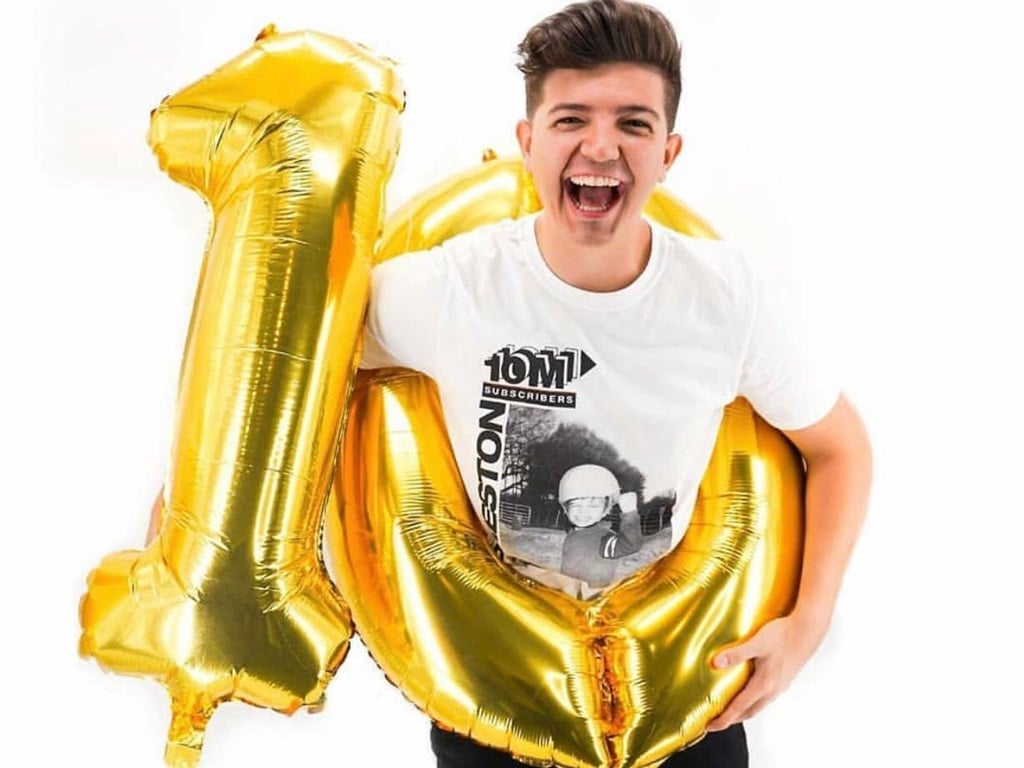 When Preston Arsement first started to gain a following online, he had no idea he would eventually hire his parents as part of the 24-person team working for him.

At the time, Arsement was 15 years old and didn't know where to even start. Now, almost 10 years later, Arsement - who is commonly known as "Preston" online - has 10 million YouTube subscribers, a merchandise business, and several lucrative investments.

Arsement, now 24, spoke to Business Insider about how he got started and grew his digital brand into a fulltime business. Preston's YouTube channel grew from 6.5 million subscribers to 10 million in one year.
Preston/YouTube

Arsement graduated high school early at 16 years old, and soon after, he partnered with the now-defunct online entertainment network, Machinima.

This partnership was when Arsement and his family began to realise that YouTube could become more than a hobby, he said.

But Arsement's business really started to heat up a few years later, at 19, when he launched, with a business partner, a company that develops video games within Minecraft (another video game).

During the early stages of development, Arsement planned to hire roughly 50 contractors to work on this, "extremely lucrative project," he said.

"We had no legal agreements in place - none whatsoever," Arsement said. "That's when I put my mom on [the team]."

She was his first employee, and together they "buttoned things up within the company," and found a certified public accountant that they trusted.

So far, his "games within Minecraft" company has been his largest revenue development, he said.

"The business of that sometimes is so lucrative that it actually outweighs my YouTube compensation," Arsement said. "We've taken the distribution of the funds and built a game studio in Toronto, which is working on our first ever mobile game."

Once everything was organised, Arsement extended his brand by building his own in-house merchandise line.

Arsement has a warehouse where he ships t-shirts, hoodies, and other branded accessories, which he sells online through the ecommerce platform Shopify,

This is unlike some of YouTube's other top creators like James Charles (15.9 million subscribers) and David Dobrik (13 million) who sell their merchandise through companies like Mad Merch and FanJoy.

"I didn't want to work with somebody else," Arsement said, referring to his merchandise line. "I wanted to do it ourselves, because I wanted to hire people, provide good jobs."

Arsement's company operates in a 5,000-square-foot office in Texas, where he and his team also work on video production and creative for the six YouTube channels he appears in. When Arsement was 19, he was producing almost 4 videos a day alone, he said.

Now, he's invested in building a team to help him produce his videos. Arsement began working with Night Media in 2017, and said that having a team behind him has largely contributed to his quick rise in numbers.

He and his family have also invested in real estate and vacation rentals through the travel company VRBO, and his dad maintains that aspect of the business.

From one-off brand deals to longer ones

Besides his game development and merchandise businesses, Arsement works with brands who pay him for sponsored posts and other promotions.

In the beginning, companies like Disney and Nickelodeon approached Arsement with one-off brand deals, he said.

Now he works on longer-term deals, and is currently in his second year working for Nestlé's Hot Pockets.

These year-long contracts usually require about 6 YouTube videos where Arsement will mention the product, and several Instagram posts, he said.

Switch up the style

Part of Arsement's continued success comes from his ability to read trends in the industry. This pertains not just to business opportunities, but also his style of videos.

When he started his channel, previously named "PrestonPlayz," Arsement filmed gaming videos and streamed himself playing Call of Duty and Minecraft. Now, he creates kid-focused, vlog-style content like challenge videos and pranks.

Videos mentioning words like "Fortnite," "prank," or "worst" get more than five times as many views as videos without those words, according to a recent report from the Pew Research Center.

This new style of content has helped his channel grow tremendously, nearly doubling his subscriber count in one year. In July 2018, Arsement had 6.5 million YouTube subscribers, according to the YouTube data tracking website Social Blade. Now he has over 10 million.

Business Insider previously spoke to Reed Duchscher, the president of the digital talent agency, Night Media - where Arsement is a partner, about how certain keywords and phrases in the title of a video can drive views and subscribers.

The price of success

Arsement's videos primarily reach a younger demographic and because of this, he takes responsibility for his content as a role model, he said.

"It's a heavy responsibility," Arsement said. "If you are at the airport, Target, anywhere you will see kids look at you and their faces brighten up and it's the sweetest thing ever. But you also have to understand that because you are influencing this generation, you have to always be on your toes and best behavior. Not that we aren't off camera, but we can't always be as 'laxed,"

And Arsement said parents of his fans will often show up to his office uninvited, bringing their children to see him. He will typically just wear a hat if he wants to avoid getting recognised, he said. But it's not always easy. His younger siblings are also often recognised from being featured in his videos.

"They can't just be normal students anymore at school, because they are known all over the place," he said.

Related Links
A parenting YouTuber was arrested for allegedly starving and physically abusing her children
PewDiePie briefly lost his crown as the biggest YouTuber on the planet
YouTube purged over 400 channels and millions of videos in response to rising concerns about...
Next on Business Insider
Ancient poop contains clues about feasts eaten at construction of Stonehenge more than 4,500 years ago