Vodacom on Monday announced its existing empowerment shareholders will receive a total dividend payment of a little over R3 billion as part of a series of transactions in which it will set up a new, 10-year BEE structure.

The process of winding up the current YeboYethu scheme and replacing it with a new one will be complicated. Vodacom issued a 7,000-word statement to shareholders to explain it, and is due to hold a teleconference with analysts on Monday afternoon.

Vodacom estimates the new structure will be worth R17.5 billion.

Vodacom's share price was down 2% in morning trade, in part, analysts said, because the full impact of the new scheme was not yet clear.

But YeboYethu offered its shareholders a simple series of cartoons to explain the plan, informally. 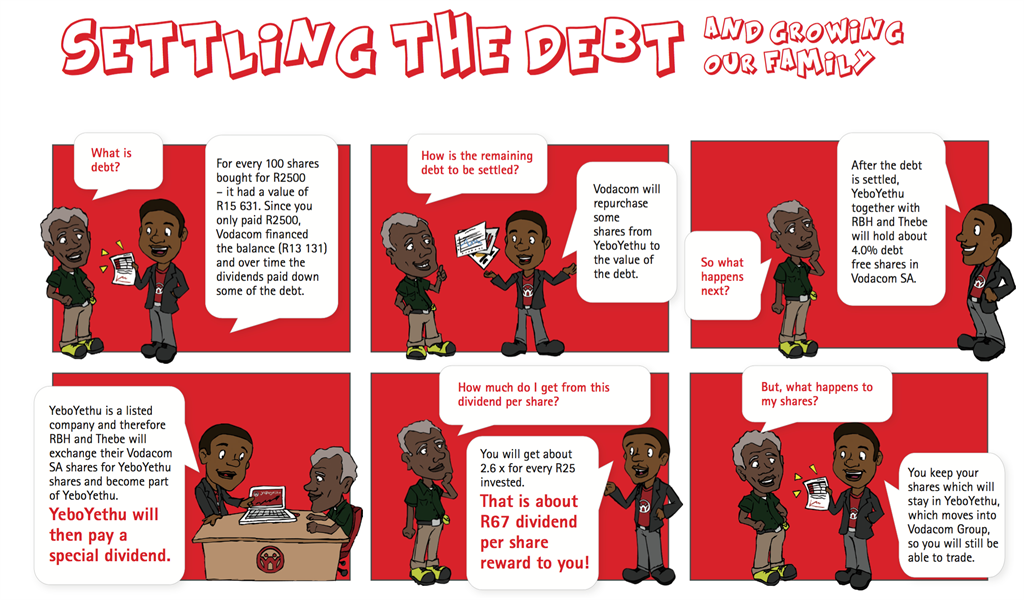 YeboYethu has also promised to publish a series of video tutorials around the transaction, and plans to hold roadshows on it.