It's easy to argue that superyachts are wasteful no matter how you slice it, but making even the most excessive of transportation methods more green is a net benefit. For one German entrepreneur, that means commissioning a futuristic yacht with a unique approach to efficiency - a gargantuan kite that helps pull it along.

Ice Kite, which is still in the design phase, was conceived collaboratively by Red Yacht Design, Dijkstra Naval Architects, and the anonymous German entrepreneur commissioning it. The roughly 210-foot vessel has a pair of diesel engines and utilises a massive 1,700-square-foot (158 square metres) kite to improve fuel efficiency. Think kitesurfing, but a lot bigger, fancier, and more expensive.

And, since Ice Kite is a superyacht after all, it will have all the requisite amenities: multiple decks, a pool, a sunbathing area, a couple of lounges, several bedrooms, and two bars.

The nameless buyer is also commissioning a support vessel called Ice Ghost, which will follow the main yacht and carry all sorts of toys, like a plane, jet skis, and other boats.

Take a closer look at Ice Kite and its little sibling - which were first brought to our attention by Robb Report - below. Still in the design phase, the unique vessel will be propelled by two diesel engines and a gigantic kite. 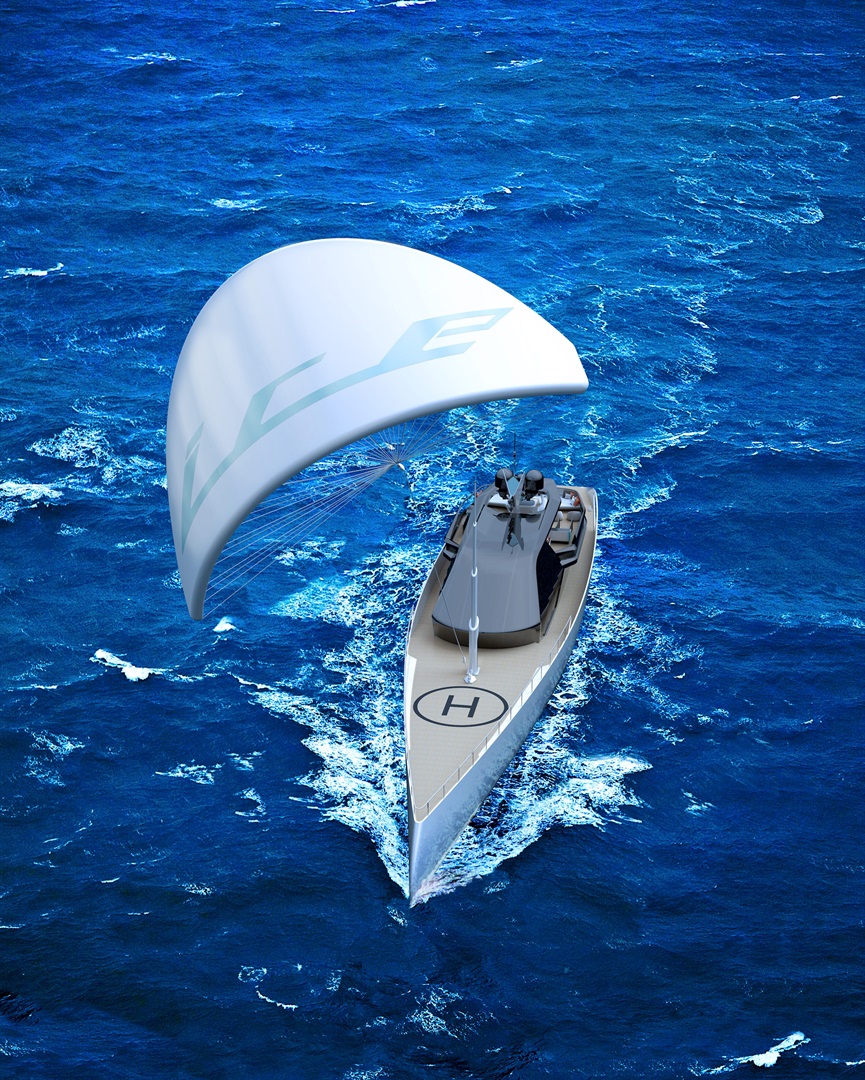 The yacht's fuel efficiency is also boosted thanks to a slender, low-resistance hull made of aluminum and carbon fiber, according to Red Yacht Design, which helped develop the yacht. Arguably, the greenest thing to do would be not to own a superyacht at all. But the German entrepreneur who commissioned Ice Kite at least plans to open the yacht to multiple owners. Copious amounts of glass in the yacht's design will give passengers panoramic views and will allow them to watch the kite in action from indoors. This room — aptly named the Kite Lounge — doubles as an indoor dining room. 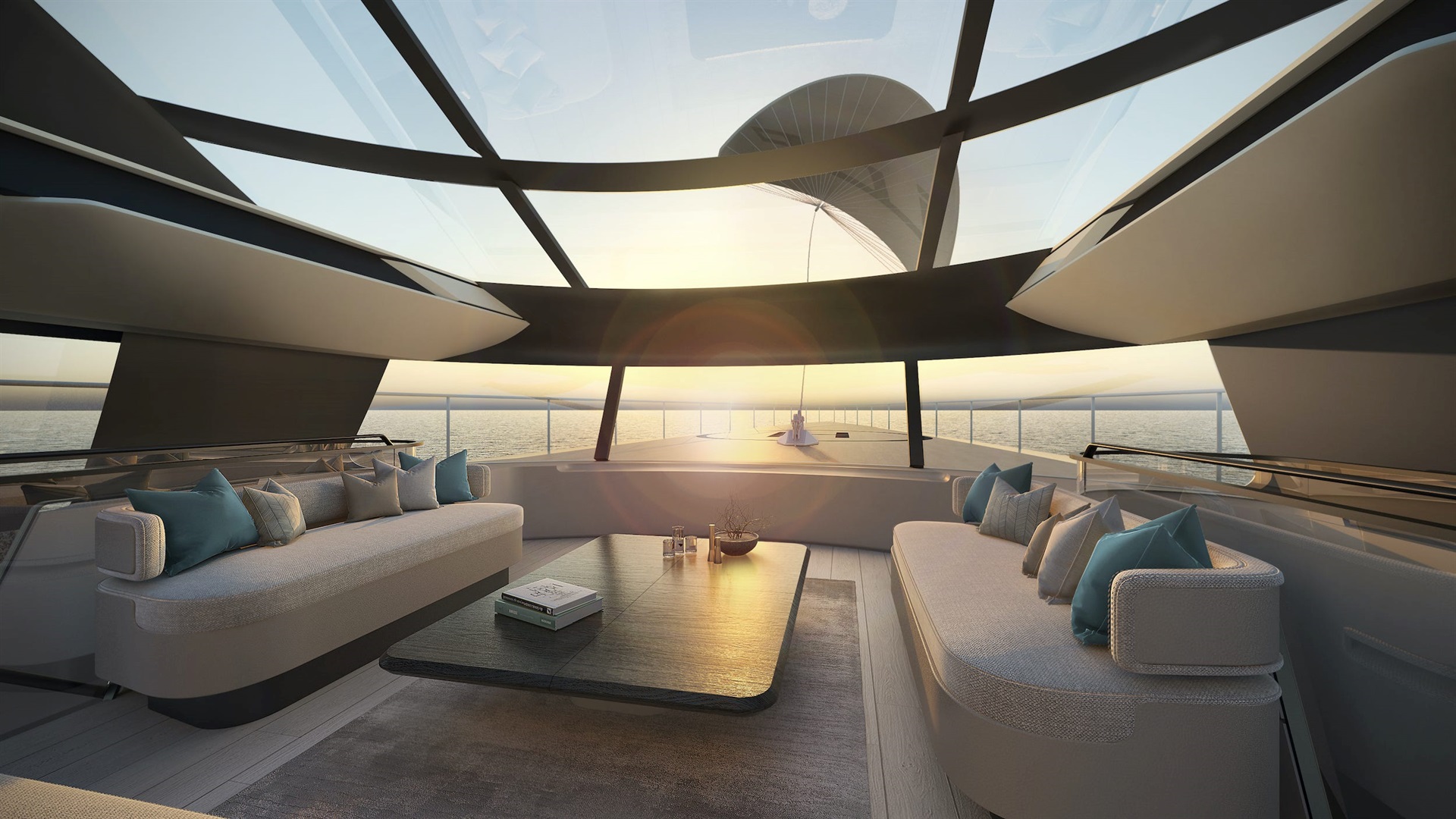 By the pool, there's an expansive lounge area with several levels for sunbathing. Up a few stairs from the main deck, you'll find the upper deck, which has a grilling station, a full-size bar ... ... and a "party lounge" area with sectional couches. Ice Kite boasts guest bedrooms for 10 people, along with an owner's cabin sporting bathrooms, dressing rooms, an office, a sitting area, and a private entrance to the main deck. Ice Kite also has a helipad "to overcome the problem of last mile." And, since one huge yacht sometimes isn't enough, it will be built alongside a matching support vessel: Ice Ghost. 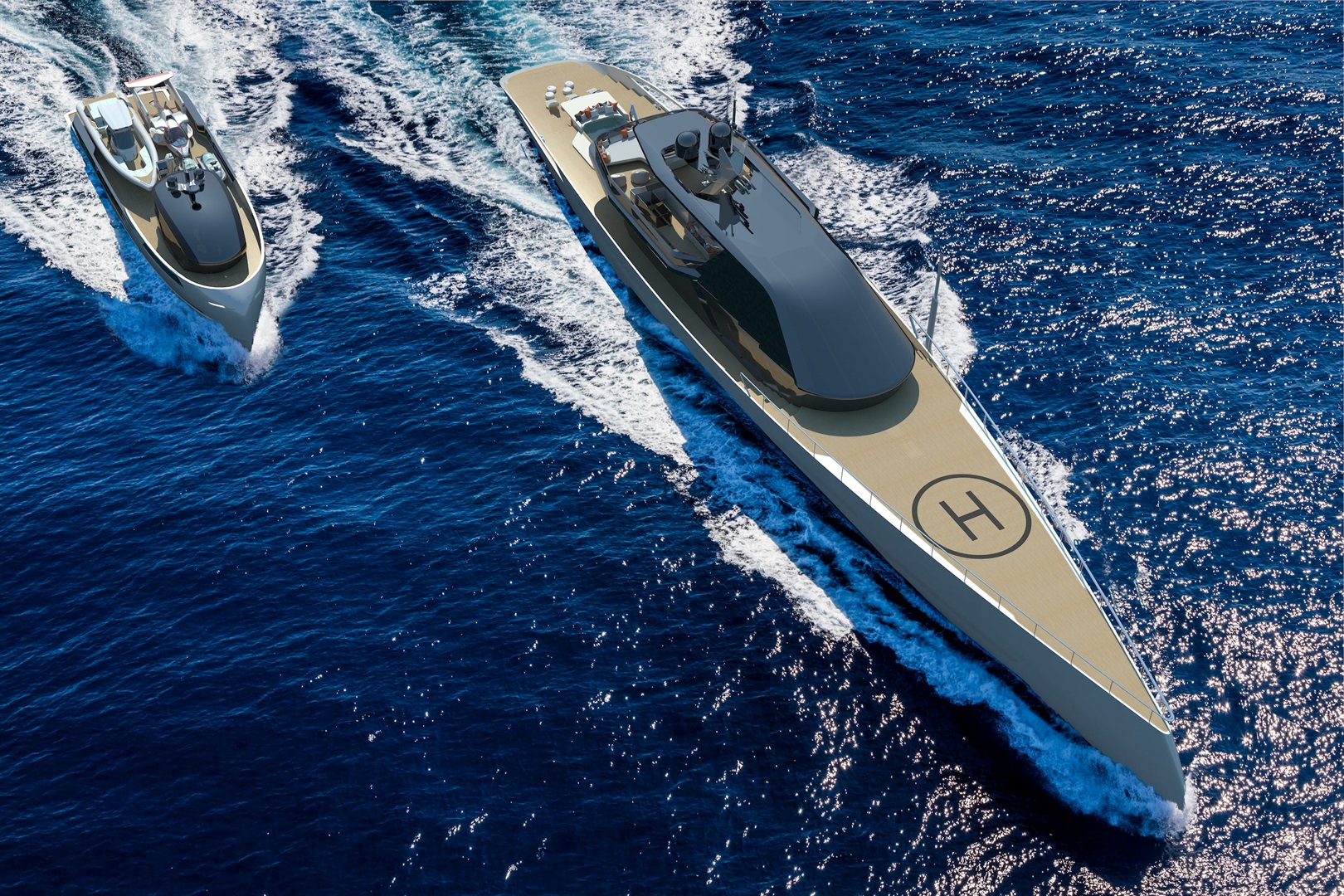 The 86-foot (26 metres) support yacht will carry all the owner's toys, like jet skis, additional boats, or an airplane. When all of the vehicles have been launched, the deck can serve as a large party area. Below deck, Ice Ghost will have two guest cabins, a kitchen, and a garage for diving equipment. Both boats are still in their design phases, but their future owner is considering having them built at a Dutch shipyard.