X Shore's boats don't necessarily look like eels, but the company says they were inspired by electric South American fish.

X Shore started taking orders for electric boats in 2018, and now has two models for sale, the Eelex 8000 and the Eelor 6000. They're manufactured in Sweden, but can be transported globally. The larger Eelex 6500 and Eeltrek 8000 are also in the works, though not yet for sale.

Electric boats are quieter, and create less emissions than boats powered by fossil fuels. They're also cheaper, according to X Shore, which says the cost of refueling an electric boat can be as low as one-tenth the cost for fossil fuels. At nearly $300,000 (R5 million) for the larger boat, X Shore boats seem to be going for the luxury crowd, but they're smaller crafts than other electric yachts on the market. Deck and hull colours are customisable, with three options: moss, sandy, and coffee. It fully charges in eight hours, or in only one hour on supercharging mode. Cruising speed is 24 knots, but it can reach up to 40 knots. It has a range of up to 100 nautical miles, depending on travel speed. Along with the wheel, controls are on a 24 inch waterproof and glare-proof touch screen. The boat is powered by lithium ion batteries, which power the single shaft propulsion system.

Electric power is quieter than fossil fuel powered-boats, and X Shore emphasises that its boats are silent. 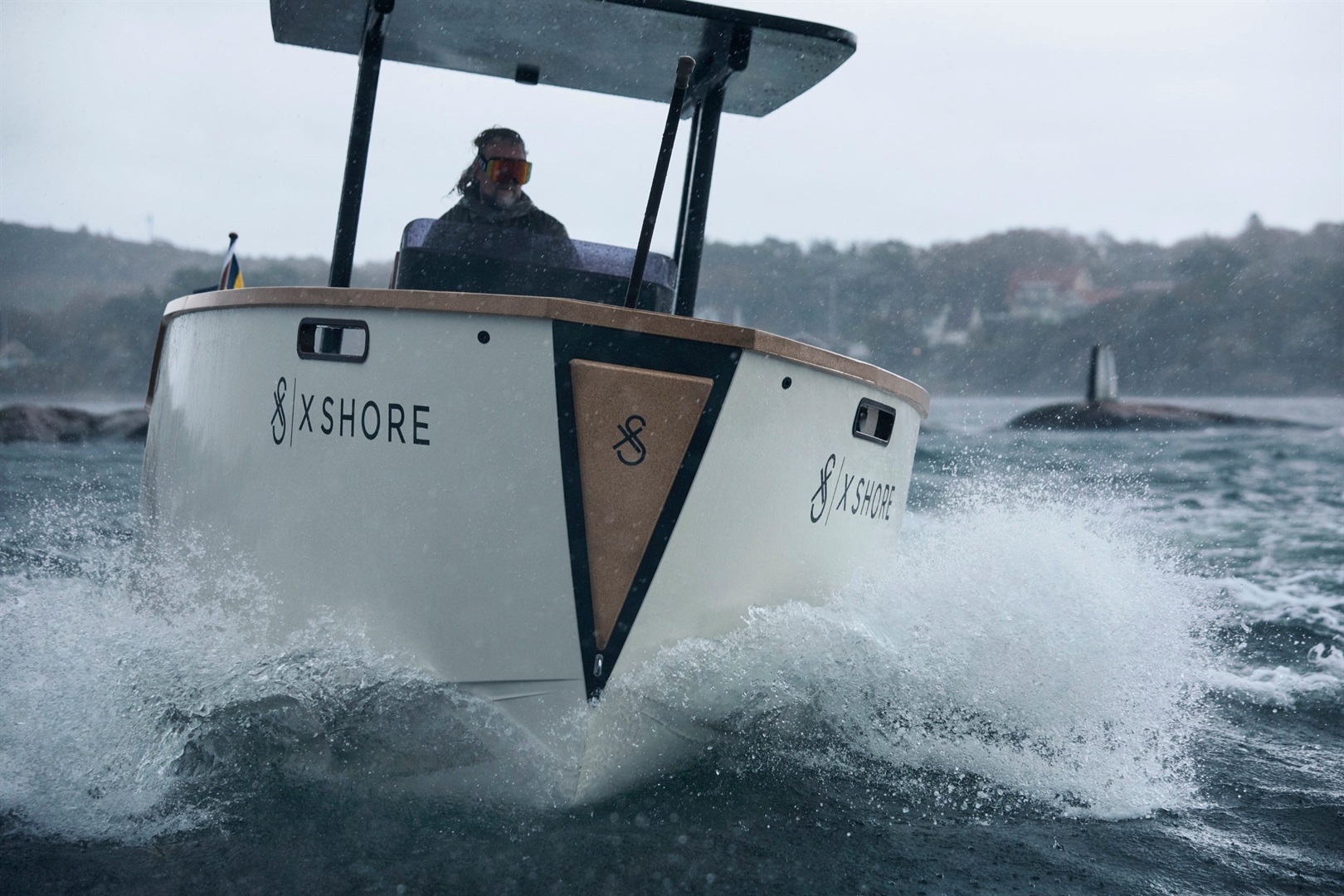 Quieter craft mean boaters can explore the water without as much harm to the natural environment, or scaring wildlife away. Or, as X Shore puts it, "You have become One with Nature." X Shore credits this care for the natural world with its Swedish heritage, "where people and the sea have lived in harmony for centuries." The minimalist Scandinavian design was inspired by the South American Electric Eel. "We modeled our boats after the eel's robust head and its sleek, streamlined body" X Shore said. The eel ornament on the boat nods to that inspiration, and also acts as a handle for passengers. The Eelex 8000 has a sunroof and roofrack. 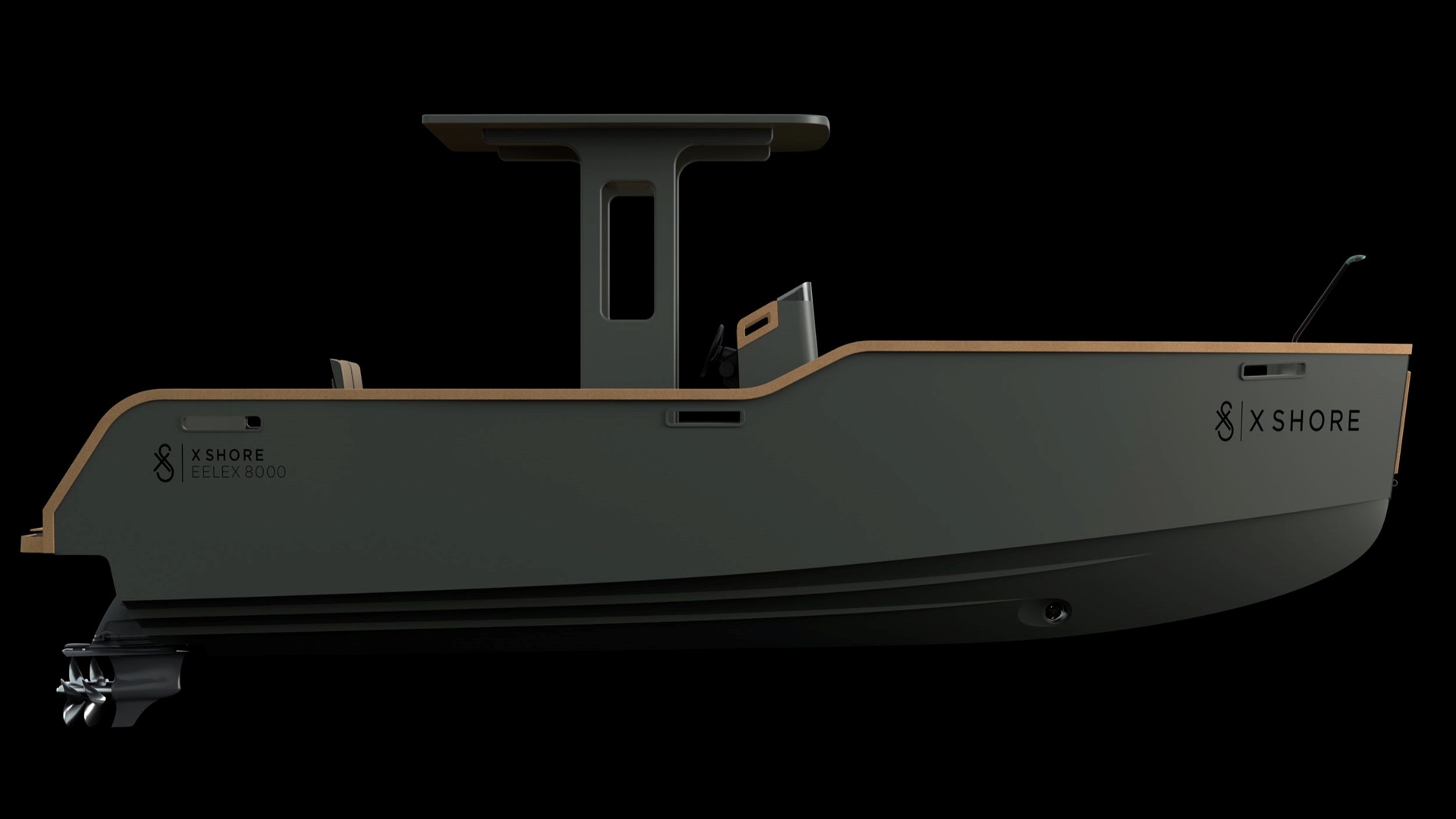 It has two rows of seating, enough for four passengers.