The volunteers and community staff are preparing fresh vegetables for citizens in the sealed city during the outbreaks of novel coronavirus pneumonia in Wuhan, Hubei,China on 25th February, 2020
Photo by TPG/Getty Images

Barred from leaving their neighbourhoods, some Wuhan residents can only get food by group ordering groceries with their neighbours through Chinese messaging apps, such as We Chat, so that they can get food delivered to their homes, the AFP reported.

Last month, Wuhan public officials passed some of the most restrictive measures since the outbreak of the coronavirus in the city.

In January, the city locked down Wuhan, China's 11 million residents and later only allowed residents to leave their compounds once every three days, prompting residents to stockpile food or rely on community volunteers to deliver food to their homes. Photos taken last week depict the severity of the food insecurity in the center of the outbreak where stocks of food are running low.

Now, some residents will not be allowed to leave their neighbourhoods at all. 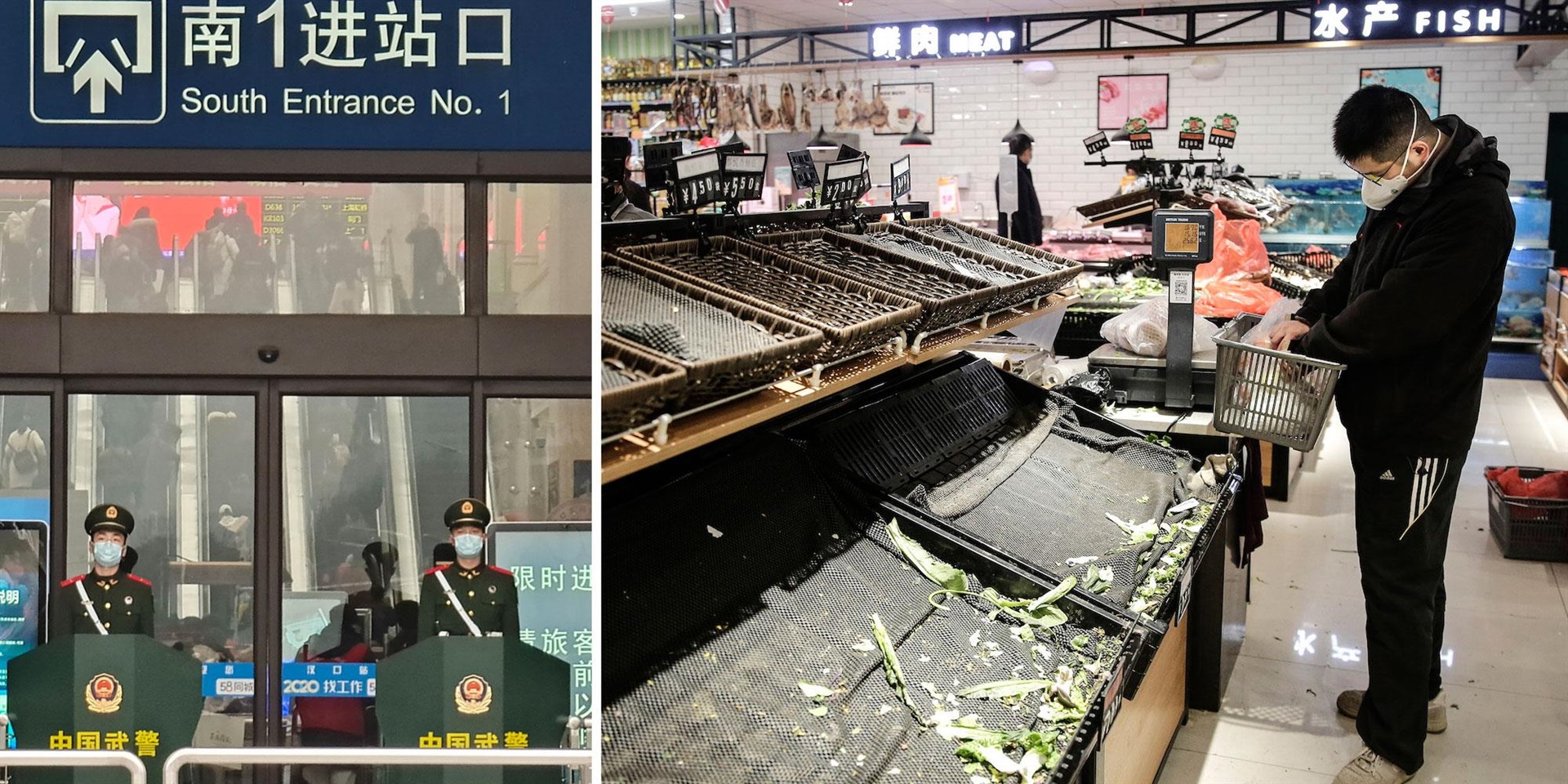 A composite image showing guards at Wuhan's Hankou Railway Station on January 22 and a man wearing a mask buying groceries in the city on January 23.
Xiaolu Chu/Getty Images/Business Insider

Although the measure was passed to curb the spread of the coronavirus in the center of the outbreak, it has effectively restricted access to food in some areas. While public officials acknowledged that locking down individual neighbourhoods could "bring some inconvenience," it has threatened the livelihood of some Wuhan residents.

Following increasingly strict coronavirus measures, demands for group-buying food delivery services have sky-rocketed. For some, organising group purchases are the only way they can get more food.

Supermarkets and grocery stores have set up group-buying services on the Chinese messaging app WeChat, with chats for buying certain items like meat, vegetables, and milk. More sophisticated shops set up apps within WeChat for Wuhan residents to order food.

Residents can purchase quantities of food by weight to order and sent in bulk to grocery to stores. One Wuhan resident named Guo Jing told AFP that group-ordering is the only way she can get food now that she is unable to leave her compound. In her neighbourhood, a 14.3-pound set of five vegetables, including potatoes and baby cabbage, cost 50 yuan ($7.11).

"You have no way to choose what you like to eat," Guo, 29, told AFP. "You cannot have personal preferences anymore."

Some districts have even begun to regulate the group delivery services, prohibiting supermarkets from selling to individuals and forcing communities to buy groceries in bulk. Even if a neighbourhood can group order food, some Wuhan residents have complained about the quality and price of the produce delivered.

David Dai, a resident who lives on the outskirts of Wuhan, told AFP that onions and tomatoes he and his neighbors ordered arrived rotten. He said they were forced to throw out a third of the food.

However, grocery stores and communities are struggling to fill the increasing number of orders have begun to set minimum order requirements for delivery. While one supermarket required a minimum of 30 orders, another store only allowed 1,000 delivery orders per day, the AFP reported.

A man who worked at the logistics division of a supermarket said that hiring more staff to deal with demands has been difficult, adding that they are hesitant to hire outsiders who could become infected. These new requirements make it difficult for smaller communities to have food delivered if they cannot meet the minimum order for delivery.

For Wuhan residents that are unable to order food in bulk with neighbors and don't have access to food within their area, they are left to rely on what remaining food they have. One Wuhan resident named Pan Hongsheng who lives with his wife and two children said the family has run out of milk powder for their three-year-old.

"I still don't know where to buy things once we've finished eating what we have at home," Pan Hongsheng told AFP. "I feel like a refugee."