There's a good chance the Wuhan coronavirus will never disappear, experts say. There are only 3 possible endings to this story. 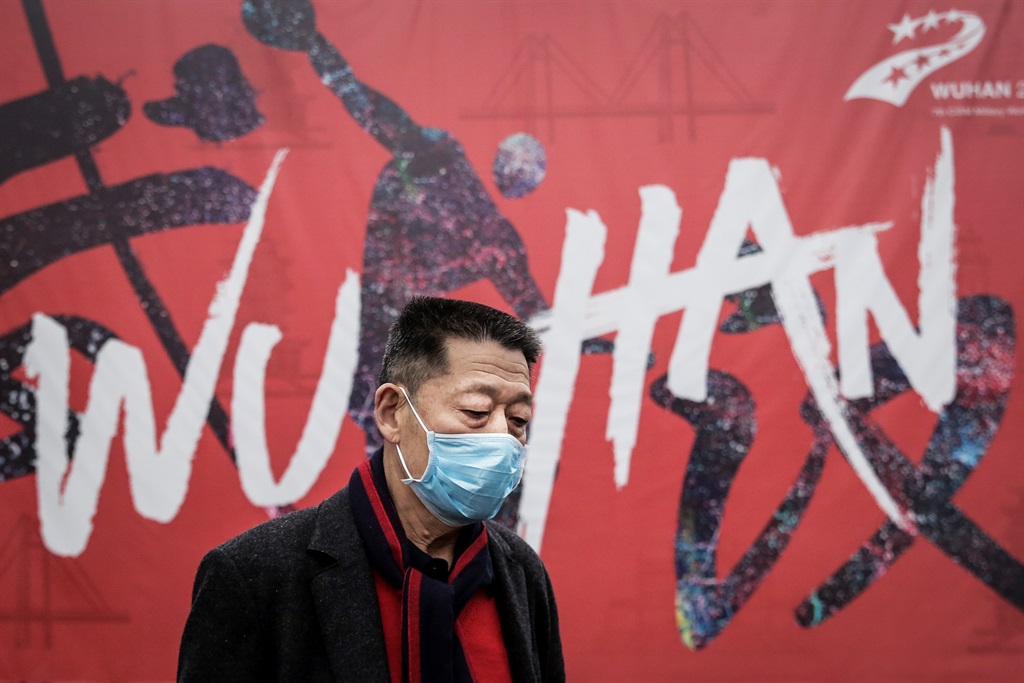 A man in Wuhan, China.

A coronavirus outbreak that started in Wuhan, China, in December has killed at least 630 people and infected more than 31,500 people across 26 countries.

According to public-health experts, there are only three possible endings to this coronavirus story: The outbreak could be controlled via public-health interventions and disappear (as SARS did), a vaccine could be developed, or the coronavirus could become a permanent part of the repertoire of human viruses, perhaps like the seasonal flu.

That third option is the most likely, two experts told Business Insider - the new virus may never truly disappear.

"Right now, the actions being taken in China - the Draconian efforts - are what happens when you're trying to catch a galloping horse that's already left the barn," said Stephen Morse, an epidemiologist at Columbia University.

Here are the three ways the coronavirus outbreak could play out.

According to researchers at the World Health Organisation, an average person with the new coronavirus passes it to 1.4 to 2.5 other people. The group declared the coronavirus an international public-health emergency on January 30.

"There is sustained human-to-human spread now, mostly in China," Amesh Adalja, an infectious-disease expert at Johns Hopkins' Center for Health Security, told Business Insider. "For all intents and purposes, we're in the beginnings of a mild pandemic right now."

One disease-transmission model published in the journal Annals of Internal Medicine suggested that more than 300,000 people could get the coronavirus by February 24.

Four other coronaviruses are endemic - meaning permanently present - in the global population. They all cause common colds, though each can cause pneumonia and death in rare instances. Because these human coronaviruses are so mild, they don't have names beyond their four-character designations: OC43, 229E, HKU1, and NL63.

According to Adalja, the new coronavirus, whose scientific name is 2019-nCoV, could become a member of the club of constantly circulating, endemic coronaviruses.

"We have to be prepared for this to become the fifth community-acquired coronavirus," he said.

That would mean the outbreak never really ends.

Outcomes 1a and 1b: The coronavirus never disappears but becomes seasonal or milder

If the coronavirus does become a permanent fixture among humans, one possibility - let's call it outcome 1a - is that it winds up fluctuating with the seasons the way the flu does. In that case, 2019-nCoV could retreat in the summer and return in the fall and winter each year.

"If you look at the trajectory of the virus and how it's spreading in communities, coupled with the fact that we deal with coronaviruses every year during flu and cold season, those factors point to this coronavirus becoming a seasonal virus," Adalja said.

The other four coronaviruses have seasonality too, Adalja added, so cases of the new one "may temper off as we leave spring and enter summer."

The flu is seasonal because cooler temperatures help harden a protective gel-like coating that surrounds the virus while it's in the air. A stronger shell ensures it can survive long enough in the air to travel from one person to the next.

The flu virus "survives better in cool, dry temperatures," Amanda Simanek, an epidemiologist at the University of Wisconsin at Milwaukee, told Insider.

Unlike the flu, however, the coronavirus is unlikely to mutate every season, Morse said. The flu virus' genes change via a process called antigenic drift, and each small mutation gives rise to a new, closely related flu virus that our immune systems have to start fighting from scratch. (That's why flu vaccines aren't always 100% effective.)

Coronaviruses, on the whole, are "somewhat less prone to mutation than flu," Morse said.

There is also a chance - let's call it outcome 1b - that the new coronavirus becomes milder and more similar to the other four endemic coronaviruses. But Morse said he'd be surprised if that happened.

"I'm not optimistic enough to think this one is going to do that initially," he said. "It may eventually evolve into that, a circulating illness that resembles the other four, but it will take time."

Outcome 2: Through public-health interventions, the coronavirus plays itself out

The 2019-nCoV outbreak is similar to the 2003 SARS outbreak in many ways: Both are coronaviruses that originated in bats, and both likely jumped from animals to people in Chinese wet markets. The two viruses share about 80% of their DNA. So the outcome of the new outbreak could be similar to that of SARS too.

SARS killed 774 people and infected more than 8,000 people from November 2002 to July 2003 but disappeared by 2004. Public-health experts and authorities worked hard to track down, diagnose, and isolate people with the virus to force it to "play itself out," Morse said.

The spread of SARS was eventually limited via quarantines, travel restrictions, public-information campaigns, and airport screenings - the same types of interventions China and other countries are instituting now.

If those efforts lead to the number of people susceptible to the new coronavirus dropping below a certain threshold, Morse said, the outbreak will be contained.

In that scenario, it would either disappear eventually or become like Zika or H1N1 - viruses that continue to circulate, but among far fewer people than they did at first. A worker disinfects a doctor with alcohol spray as he leaves a hotel accommodating isolated people in Wuhan on Monday.
Feature China/Barcroft Media via Getty Images

However, SARS was far less contagious than the new coronavirus. SARS spread primarily in healthcare and hospital settings, and people weren't infectious until they started showing symptoms.

But researchers think it's likely that people can transmit the new coronavirus even when they don't show symptoms. That makes it far more challenging to halt its spread.

Morse and Adalja both said a vaccine is essential if the world is to definitively control 2019-nCoV.

A lot of the public-health interventions are a "holding action to keep the virus from spreading in the short term until we get a vaccine," Morse said.

Some are developing vaccines from scratch based on the coronavirus' genetic code. Others are testing existing drugs to determine whether they're effective at treating the new virus.

Getting a vaccine to market has historically been an arduous, multiyear process. (The Ebola vaccine, for example, took 20 years to make.) But Anthony Fauci, the director of the National Institutes of Health's infectious-disease center, said on Friday that the agency was collaborating with Moderna to develop a coronavirus vaccine quickly.

Barring any "glitches," Fauci said, "we will be in people in a phase-one trial within the next 2 1/2 months."

The introduction of a vaccine would decrease the number of people susceptible to the coronavirus and create a "sustained firewall" against its further spread, Morse said.