Wuhan coronavirus has killed over 200 people. Here are all the countries warning against travel to China. 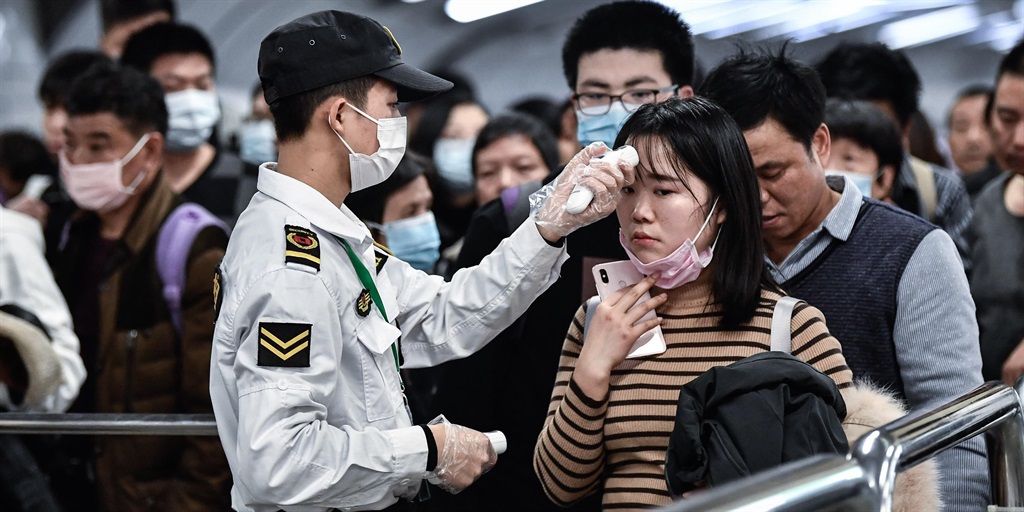 Citizens wear masks to defend against new viruses on January 22 in Guangzhou, China. The new coronavirus, known as 2019-nCoV, was discovered in Wuhan virus pneumonia cases in 2019, and the virus was transmitted from person to person.
Stringer/Anadolu Agency via Getty Images

More than 200 people have died from a coronavirus outbreak that started in Wuhan, China, and over 9,900 people have been infected worldwide.

As the outbreak has spread, China has moved to stop people leaving and entering cities linked to the disease.

Last Thursday morning, authorities in Wuhan shut down the city's public transportation, including buses, trains, ferries, and the airport.

As of Friday local time, at least 15 cities in China are locked down, accounting for a population of over 50 million people. Several media outlets estimate the number of people locked down at 56 million.

The effects of the shutdown have been widespread: Several large foreign and Chinese corporations, including McDonald's, Ikea, and French carmakers Peugeot Citroen and Renault are temporarily shutting down operations and evacuating employees from the area.

And several countries, including the US, UK, and Canada, have warned against all nonessential travel to China and Hubei province as the virus continues to spread around the world.

Here are the countries and agencies warning against travel to China: The US State Department on Thursday issued its highest alert level to four for travel to China and is advising passengers not to "travel to China due to novel coronavirus first identified in Wuhan."

US Center for Disease Control and Prevention (CDC) The CDC on Monday recommended that people avoid all "nonessential travel" to China because of the disease and raised its alert to a level three.

CDC recommends travelers avoid all nonessential travel to #China due to the ongoing #2019nCoV (#coronavirus) outbreak. The outbreak is growing and there is limited access to adequate medical care in affected areas. https://t.co/Km38IKxIAs pic.twitter.com/NHboTImlyr— CDC Travel Health (@CDCtravel) January 27, 2020 REUTERS/Mark Blinch
Canada's government on Monday warned citizens to avoid all travel to Hubei, including the cities of Wuhan, Huanggang, and Ezhou.Source: The Canadian Government Associated Press
India's health ministry on Saturday issued a travel advisory to those visiting China, warning that all nonessential travel should be avoided.

The #HealthMinistry on Saturday issued a travel advisory to those visiting #China from #India or coming back from there in the wake of the outbreak of the contagious #novelCoronavirus. New Zealand on Monday advised citizens to refrain from travelling to Hubei province. On Sunday, The Association of Egyptian Travel Agencies banned all tourism flights to and from China "until further notice."

Osama Munir told Egypt today that the decision could be damaging for tourism industry revenues because 10% of all inbound tourism out of China goes to Egypt. REUTERS/David Gray
On Tuesday, the Australian government said "do not travel to Hubei Province" and asked Australians to reconsider their need to travel to China altogether. Source: Australian Government Department of Foreign Affairs and Trade Reuters
On Monday, Germany's Foreign Office advised against "all but essential travel to China" and asked that people avoid travel to the province of Hubei.