The 20 most isolated places on Earth

If you're looking to avoid touristy spots for your next vacation, you might want to try visiting one of the most isolated places on Earth - some of which can only be accessed by boat or plane.

A number of these remote locations feature gorgeous tropical climates, while others require braving Arctic temperatures or relentless deserts. The adventure is yours to choose.

Here are 20 of the most remote places on Earth that some people call home. The volcanic island of Tristan da Cunha in the South Atlantic boasts a population of 258 people with only nine different last names.

The locals speak English, but have also invented their own dialect with words derived from Scottish, English, St Helenian, South African, American, Dutch, Italian, and Irish, reflective of their various places of origin.

South Africa is the nearest country to this British Overseas Territory, which is said to be the most remote inhabited archipelago in the world.

To get there, you have to time your visit one of the three ships that make nine trips from Cape Town each year - a journey of 2,787 km. The northernmost point of Australia, Cape York is a peninsula that's swimming with crocodiles. However, it's a great place to go fishing for sport. The land is owned by five indigenous communities, who also manage its tourism industry.

Cape York is about a 28-hour drive from Cairns, and renting a four-wheel-drive vehicle is a must. This remote Russian town is known as the coldest inhabited place on Earth. Its 500 residents live in darkness for 21 hours a day with an average temperature of -58 degrees.

It's impossible to grow crops there, so people live on reindeer meat, frozen fish, and ice cubes of horse blood with macaroni, according to WIRED. Indoor plumbing is also tricky since the water freezes, so most use outhouses.

Getting there can take several days. From Moscow, a flight to either Yakutsk or to Magadan is the closest you can get, and both are over 901 km away. The road from those cities that leads to Oymyakon is called "The Road of Bones." Don't drive it alone.

Easter Island's 900 iconic statues don't outnumber the island's 3,300 residents, but its economy runs mostly on tourism as people from around the world make the 3,701 km journey from Chile to marvel at them.

A UNESCO World Heritage Site, the construction and purpose of the statues still remains a mystery.

LAN is the only airline with flights to Easter Island with prices starting at around R 12 373,61 from the US. 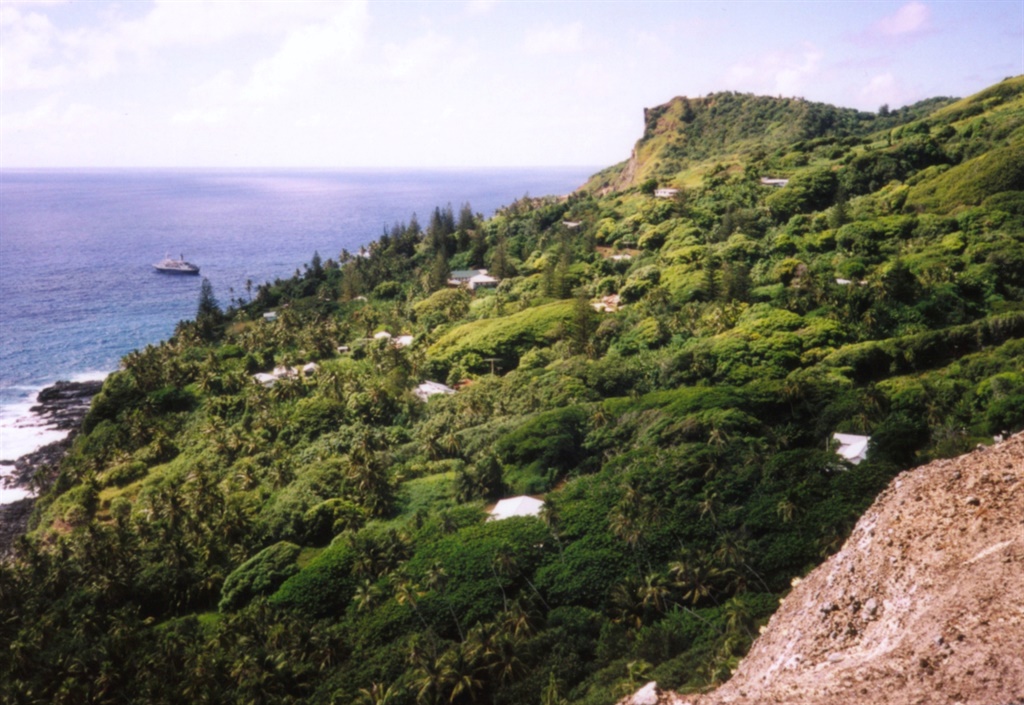 Pitcairn Island is a British Overseas Territory situated 3,300 miles from New Zealand, which serves as the island's administrative headquarters. No plane or helicopter has ever landed there, so getting there requires a 32-hour yacht ride.

Not much is known about the island's first settlers, though European mutineers of a ship called "Bounty" discovered the remnants of a Polynesian civilization including stone gods, burial sites, and earth ovens when they arrived in 1790.

In 2004, six local men were convicted of committing sexual assault, which had devastating, widesweeping effects on the population of 50. Today, Pitcairn Island remains an idyllic island that attracts few new residents due to the lingering scandal. There are no roads that lead to Barrow - the town is only accessible by plane, but the hour and a half flight from Anchorage is doable. Sitting at the very top of Alaska, their winter consists of 65 straight days of darkness.

Because of its remote location, the cost of living is high. A jar of peanut butter can cost R138. And, according to one resident, there are thousands more caribou than people. Ittoqqortoormiit, Greenland, is a great place to see the Northern Lights. Wikimedia Commons

Founded in 1925 by settlers from Tasiilaq and West Greenland, Ittoqqortoormiit is about as far away as you can get from any other inhabited area of Greenland. It's so remote that you need a helicopter ride from the airport to get to the town, itself.

Its 450 residents enjoy dog sledding and camping, while tourists visit to see the Northern Lights and other natural wonders. It's also a cruise destination despite sea ice that blocks any ships from docking for nine months out of the year. The Kerguelen Islands in the Indian Ocean are of part of the French Southern and Antarctic Lands. They're 3,218 kms from the southernmost part of Africa, and are only accessible by ship four days a year.

Kerguelen Island itself is also known as "Desolation Island," and is surrounded by 300 other islets scattered over 6,215 square km.

Coated by glaciers, the Kerguelen Islands receive rain, sleet, or snow 300 days a year. Most of the people who live there are French researchers.

Because Siwa Oasis is so isolated in the middle of Egypt's Western Desert, the inhabitants' Siwi language and Amazigh culture have been preserved.

It's not a common stop for tourists (it's a five-hour bus ride from Cairo), but those who brave the desert can enjoy locally-grown dates and olives, swim in Cleopatra's Bath mineral spring, and stay at the famous desert eco-lodge built out of mud and salt. The 990-mile stretch of land across the Tibetan Plateau is home to a nomadic people called the Changpa. Wildlife like snow leopards and yaks thrive in its cold, arid climate.

You need a permit in order to enter, which can cost several thousand dollars, but it's accessible via the Leh Airport, Udhampur Railway Station, or driving from Manali or Srinagar. Villa Las Estrellas, Spanish for "Star Town," is a Chilean settlement in Antarctica that's just like any other small town, with a gym, church, public school, and souvenir shop. It's one of only two residential towns on the entire continent - the rest of the inhabited areas are research outposts populated by scientists.

Getting to Antarctica requires a two-day boat trip from Ushuaia, Argentina, to cross the Drake Passage into the Antarctic Circle.

Socotra Island is one of the most alien-looking place on Earth, thanks to its weird-looking Dragon's Blood Tree.

Located on Yemen's Gulf of Aden, Socotra Island contains over 800 rare species of plants, a third of which can't be found anywhere else in the world. Some of them do look a bit extraterrestrial, but their odd shapes reflect how they've adapted to the island's tropical desert climate.

A UNESCO World Heritage Site, Socotra Island has 40,000 inhabitants, but only built its first road in 2011.

Socotra Island is about 400 miles from Sanaa, the capital of Yemen, from which flights are available. In Supai, Arizona, the mail is delivered by mule. A remote village in the southwestern branch of the Grand Canyon, the village is only accessible by helicopter, horseback, or an eight-mile hike.

Supai is the tribal center of the Havasupai Tribe, which means "People of the Green Blue Waters," a reference to four waterfalls along Havasu Creek that are popular with tourists.

Coober Pedy is also known as the "opal capital of the world." Gem-quality opal was first discovered there in 1915, and the opal mining industry continues to sustain the small town of 3,500 people.

The city is a two-hour flight from Adelaide. The northernmost town in the world, Longyearbyen, Norway, is so cold that it's illegal to be buried there, because bodies won't decompose in the frozen ground. Instead, bodies have to be flown to the mainland for burial. Houses also have to be built on stilts so that they don't slide away when the topsoil melts in the summer.

Norwegian Airlines offers three flights a week, and it's three hours from Oslo.

All of the Palmerston islanders are descendants of one Englishman, William Marsters, who arrived there in 1863 and went on to have four wives and 17 children.

Supply ships visit the island only a few times a year, there are two telephones, and internet access is only available for four hours a day.

Palmerston is a two-day sailing voyage away from Rarotonga, the capital of the Cook Islands, and an eight-day trip from Tahiti. La Rinconada sits three miles in the air in Peru's mountainous Puno province, making it the highest city in the world.

The town has no running water or sewage system, and nearly 68% of the population lives below the poverty line, according to CNN.

Getting there isn't easy. La Rinconada is a six-hour ride from the nearest city on unpaved roads with no regular buses. Your best bet is to hitch a ride. With a population of about 600, the Cocos Islands are home to the Cocos Malay people whose isolation has helped keep their traditional oral language and religious practices alive.

In addition to getting acquainted with the local culture, visitors can go kitesurfing, snorkeling, surfing, and bird watching.

The Cocos Islands are about 1,700 miles from Perth, from which there are flights twice a week. Iqaluit is only accessible by sea or air, but there are daily flights from Ottawa, which is 1,300 miles away. Its most famous attraction is the "Road to Nowhere" that tourists can walk, bike, drive, or ski until they end up - you guessed it - in the middle of nowhere. Tórshavn is the smallest capital city in the world, but it packs a big punch - it's named after Thor, the god of thunder and lightning in Norse mythology. About halfway between Norway and Iceland, locals are proud of their small-town hospitality, saying on their official website that "This is the sort of place where people still have time for each other."