Engineers just debuted the first 'non-cuttable' material: a metal that turns tools against themselves 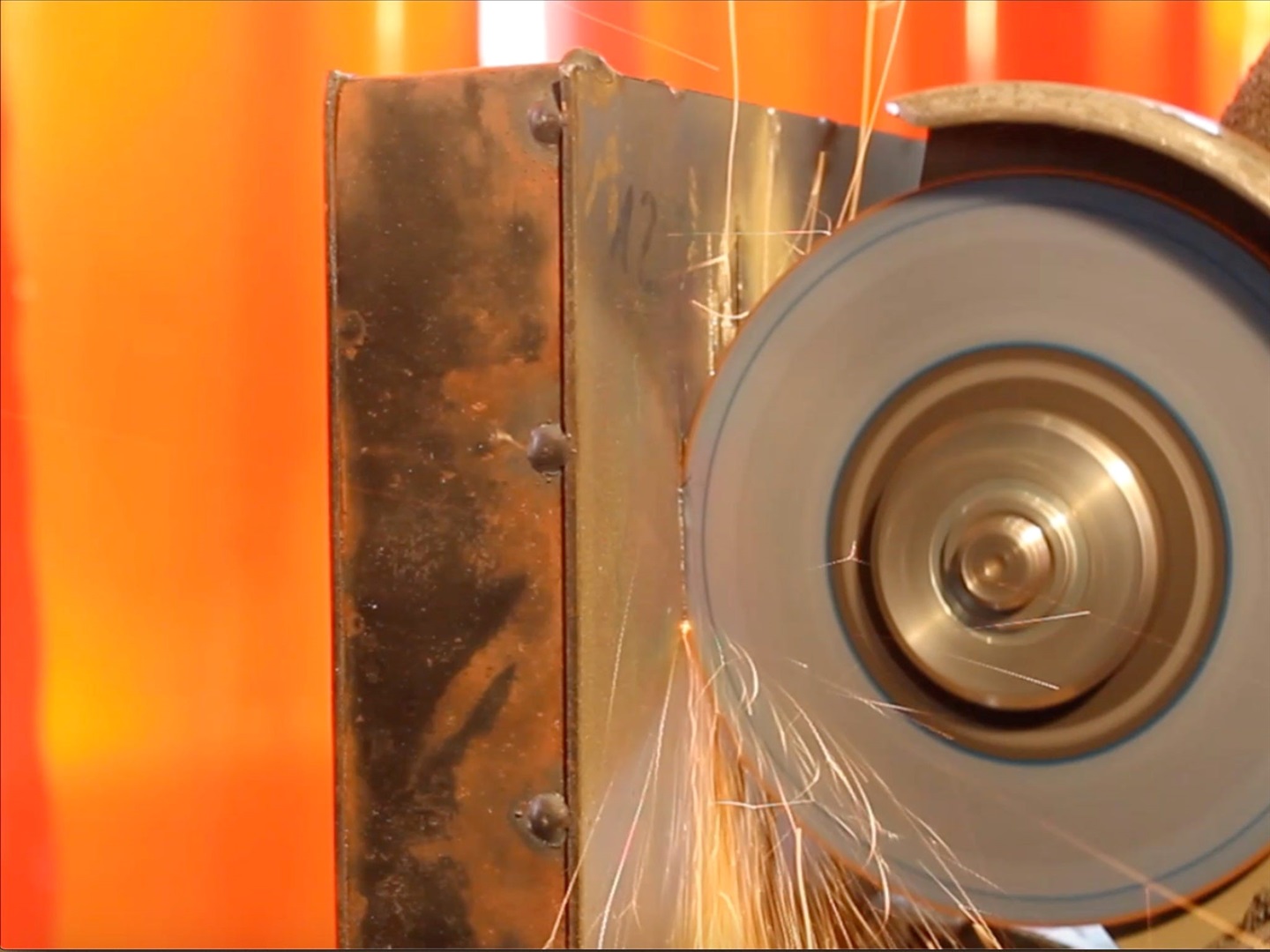 That's how a team of researchers led by engineers at Durham University in England describes it, at least. In a paper on Proteus published Monday in the journal Scientific Reports, they explain that the material consists of aluminum metallic foam with ceramic spheres embedded within it.

Once a power tool hits these spheres, the interaction causes high-frequency vibrations that dull the blade within minutes. As a tool penetrates the material, the spheres release fine ceramic dust particles that act like sandpaper, blunting it further. The particles also fill up the aluminum foam, making it even denser and harder to cut.

The greater the force applied, in other words, the stronger the material gets. This means Proteus can theoretically withstand even the sharpest of tools.

In a demonstration, the researchers tried cutting into Proteus with an angle grinder, a power drill, and even a waterjet. Each tool failed to cut more than slightly below the surface. An angle grinder attempts to cut through Proteus material.
Nature

Although not yet available commercially, Proteus may offer a wide range of potential applications, including use in high-security doors, elbow pads, and bike locks.

So far, however, the researchers have just made prototypes in two shapes and sizes: rectangular plates about 40 millimeters thick, and cylinders 60 millimeters in diameter.

In a blog post, Stefan Szyniszewski, the lead author of the new study, wrote that natural structures like those in Abalone shells and grapefruit peels inspired his team's invention.

"The sea creature protective shell has fracture toughness about 2,000 higher than the aragonite bricks it is made of," he wrote. "It is possible because the blocks are interlaid with a soft polymeric material. We were inspired by nature but had to take an innovative leap forward to stop fast-moving angle grinders, power drills, and water jet cutter."

Grapefruit peels have a similar structure, which can protect grapefruits from falls of up to 9 metres, according to the study.

Seashells and grapefruit peels are also relatively lightweight - as is Proteus. The material is 85% less dense than steel.

The researchers say it's possible to mass-manufacture Proteus, since its raw materials are common. The team has a patent pending and hopes to work with industry partners to bring it to market, according to SciTechDaily.