On the weekend it opened its first ever store in Cape Town, South Africa.

More than 200 drone enthusiasts welcomed the world's biggest drone maker as it opened its first store in SA. They queued around the block hours before the store opened. There was an opening special with a 10% discount on all drones and a competition to win a drone valued at R14,000. It can be found on Strand Street, De Waterkant, near Cape Town’s waterfront.

A key feature is a drone cage. 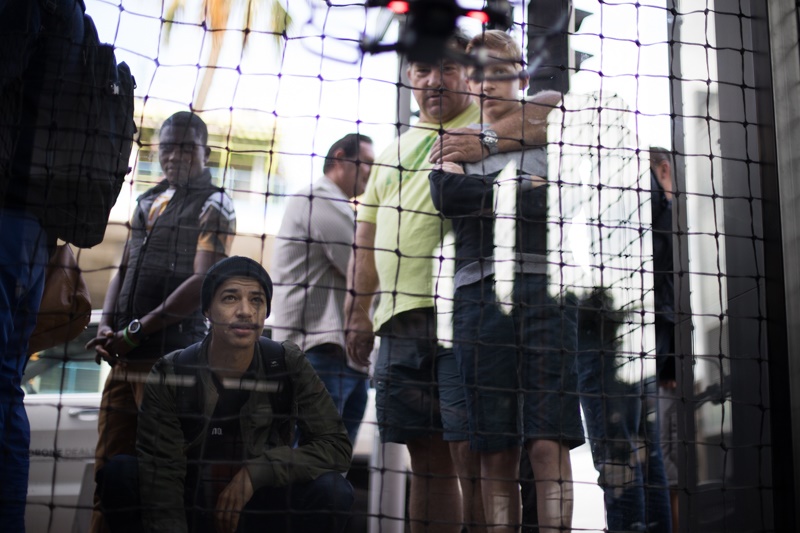 Hobbyists watch while queuing as a drone if flown inside the cage. Should you feel the need to try out a R14,000 Mavic Air – or a pricey R90,000 cinema-quality Inspire 2 – you can test-fly them. In a cage that saves the worry of crashing one into a building, or sending it over the ocean never to return home.

A repair center will also open later this year. This means you won’t have to send your drone to China – which can currently take as long as six weeks when claiming a repair under warranty.

DJI Care and DJI Care Refresh, repair and warranty systems offered internationally, are on the cards. In the meanwhile, there is a chance to reduce insurance costs.

“DJI Care is something we are planning on opening within the next three to four months. In the meantime, we are going to be offering to our customers who purchase a drone a free online competency course. This will give you an introduction, in multiple choice, on drone safety regulation, as well as basic drone set up. Following on to that, you can do a practical examination that will effectively reduce your insurance premium,” said Donovan Marais, CEO of Global Concepts Group Asia, that owns the Drone Deals South Africa store.

READ: Drones breaking the rules, crashing through windows and fighting with cheetahs are why you can't get insurance for one This is one of the biggest stores an independent dealer has opened, and the largest of its kind in Africa and the Middle East.