Antonio Villas-Boas/Business Insider
Shopping around for a pair of Bluetooth headphones makes you consider a few criteria, like their sound quality, comfort, design, noise cancelling, and price tag.

Apart from all of the above, if there's one feature that I'd look out for in my own pair of Bluetooth headphones, it's the ability to connect to at least two different devices at the same time for that extra little bit of convenience. It's a feature called "Multipoint."

That's not to say you or I want to listen to two streams of music at the same time. That would be silly.

It's especially useful if you do often switch between devices during the day, and it also lets you listen to music from your computer and take a call through your headphones from your smartphone at the same time. Super handy, right? 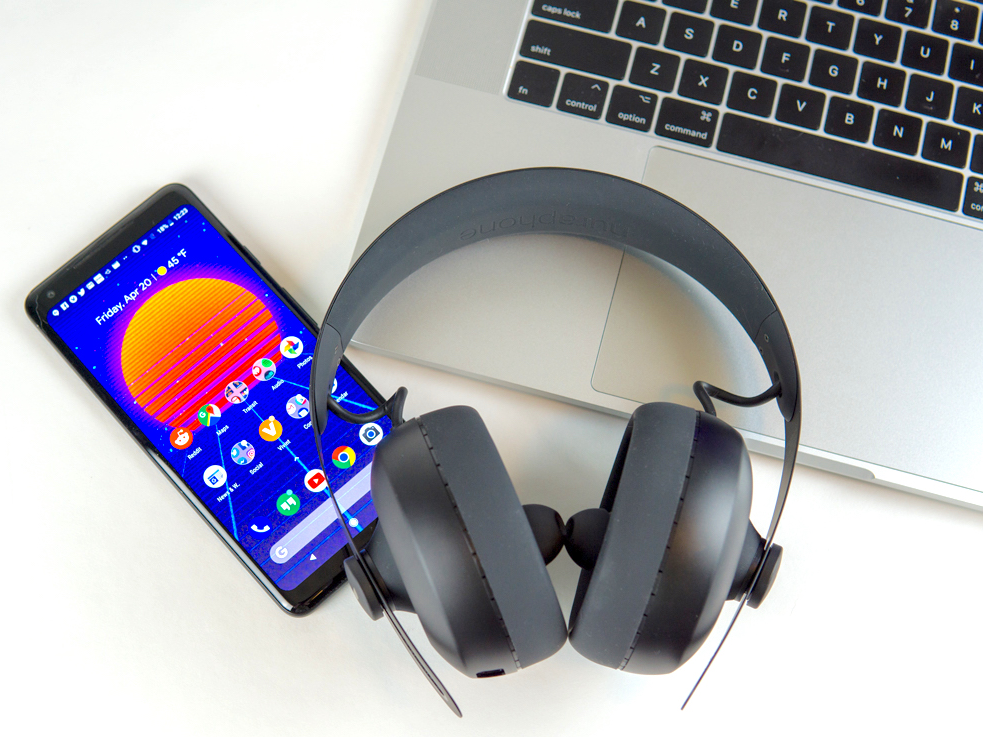 These are the Nuraphones from young audio company Nura. They don't quite have Multipoint, but they do let you switch between devices without having to actively disconnect from another device.
Antonio Villas-Boas/Business Insider

Headphones that don't have Multipoint at all actively need you to disconnect from one device before connecting to another, which isn't especially seamless.

To be clear, fiddling around with a wire or your Bluetooth settings on a smartphone or computer isn't a horrible ordeal. But just knowing that there's an easier, faster, and more convenient feature out there that doesn't add much - if anything - to the price tag on a pair of headphones makes it a must-have on any Bluetooth headphones I'm considering buying. Weirdly enough, some headphone makers don't always make it clear whether their headphones have Multipoint. Bose, for example, only mention it in the FAQs for its QC35 II headphones. And yet, it's the one feature that pushed me to recommend the Bose QC35 II versus the otherwise-fantastic Bose-killer Sony WH-1000 XM3 headphones.

Indeed, the Bose QC 35 II have the best implementation of Multipoint that I've tried so far. There are surely other headphones with totally seamless connections between multiple devices, but I simply haven't reviewed them yet.