If you bought Implats at the start of the year, your money would have almost tripled – here are the other big winners (and losers) in 2019

Reflecting a bleeding domestic economy, the JSE has been stuck in first gear so far in 2019, with the market basically flat since January.

On top of that, the rand has weakened by almost 10% since the start of the year, contributing to the local market being one of the worst performers in the world. Sasol, one of the biggest shares on the JSE, has lost almost 40% of its value after major problems with its R200bn Lake Charles chemical project in Louisiana. The project will cost 50% more than planned, is suffering some technical problems and somewhat mysterious warnings about  “possible control weaknesses”. Retailers Mr Price (-34%) and Shoprite (-33%) also lost a chunk of their value as the weak economy hit their profits. But after many tough years, investments in the mining sector have exploded. The platinum price has shot up from around $800 per ounce from the start of the year to above $980 in recent weeks, and gold is at the highest level since 2013 as nervous investors seek a safe haven investment. 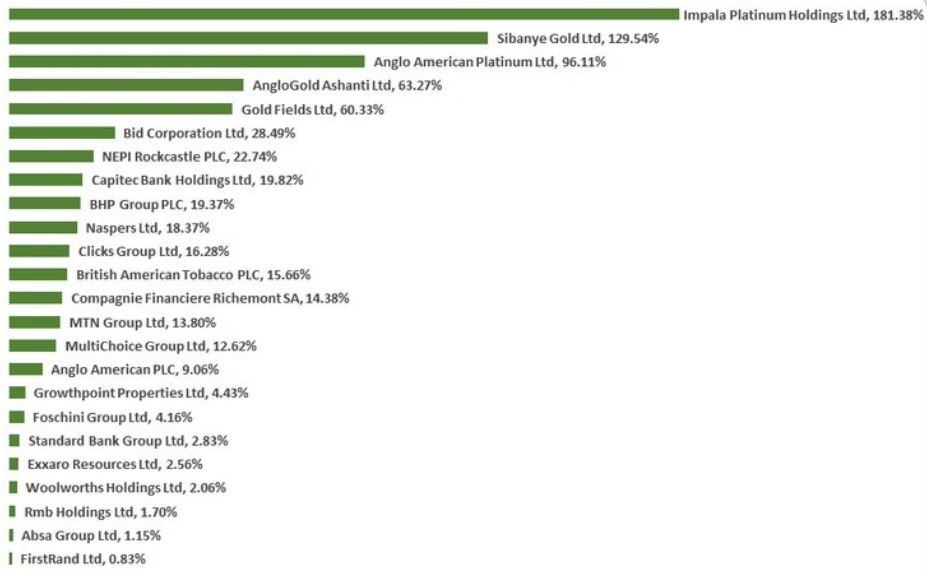