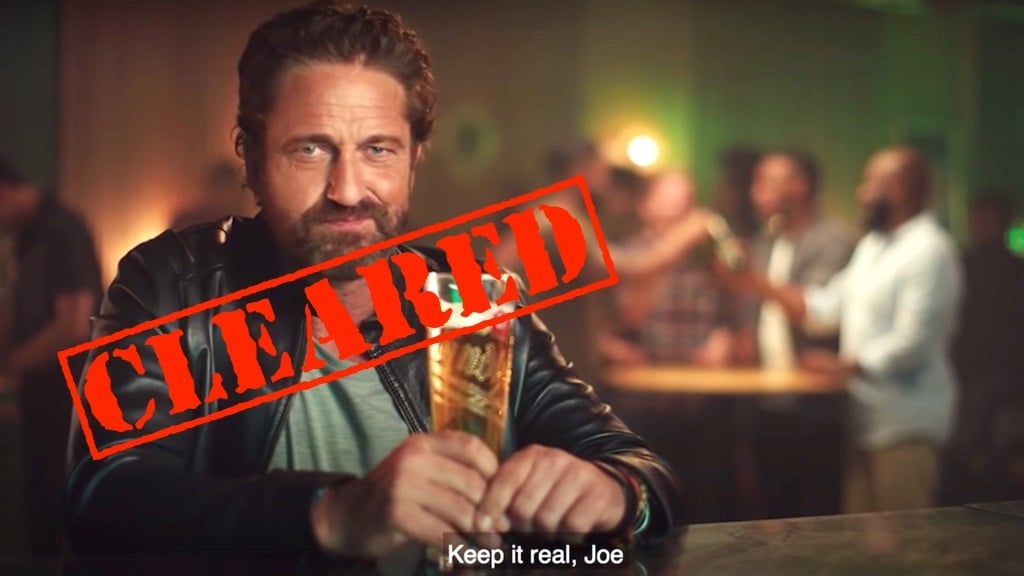 Rugged movie star Gerard Butler may again promote Windhoek's "real beer" in a television ad featuring a small slice of lime, because it is not sexist after all, an appeals body says.

The ad was banned in January after the Advertising Regulatory Bureau (ARB) said it implies that "real men drink real beer" – a forbidden gender stereotype.

The message was "unspoken", the ARB said at the time, and pointed to the difference between the "macho looking" Butler and a "gentle looking" red-haired man, who is cured from adding citrus to his Windhoek.

It actually watched the ad, said the ARB's advertising appeals committee in a decision published on Tuesday. It discovered that the ARB's decision had "involved reading-in messages into the commercial that are not borne out by the presentation of the commercial and the facts relayed or portrayed in the commercial."

Among other things, the ARB had cited "toxic masculinity" in the ad.

The appeals committee, on the other hand, said it had seen "that the clear message conveyed is that Windhoek Lager is a real beer that does not require the addition of lime to enjoy."

With no forbidden gender stereotypes discerned, the appeals committee set aside the original ban, which leaves the ad cleared to run on television again.

But Windhoek's makers Heineken, and beer companies in general, got a stern warning in the appeal decision, because of the all-male cast in the ad.

In fighting off the ban, Heineken presented research showing a large majority of beer drinkers in South Africa are men.

Even if true, the committee said in its formal ruling, "the minority female drinkers of beer must not be treated as a silent minority in the design of marketing material by producers such as Heineken.

"Their voice and experiences must be represented in commercials intended to publicise producers’ products.

"This is in line with a non-racial, non-sexist and non-homophobic society that the South African Constitution guarantees and directs all of us to work towards."

It "trust" that Heineken, and other beer makers, "will always heed this constitutional imperative in all their future research and marketing endeavours," it said.