Last year, 152 cash-in-transit vans were robbed – a 11% increase from the previous year.

"Large groups of criminals, heavily armed with automatic rifles, drive stolen luxury vehicles and force the cash-in-transit armoured vehicle to a stop. They then use explosives to access the vaults on the vehicle," CEO of the South African Banking Risk Information Centre’s (Sabric), Kalyani Pillay told Business Insider SA. The use explosives to access the vaults on the vehicle is a common modus operandi by criminals. (Picture: News24)

Arthur Gibson, managing executive of Fidelity Cash Solutions, said vehicle bombings have increased by almost 30% since last year and that the attacks are getting ever more violent.

“We are concerned about the increased violence in the attacks. There appears to be a general ‘shoot to kill’ mentality with no concern for human life.”

The security firm SBV has also noted that a brazen use of violence by heavily armed teams of highly skilled, experienced criminals who “have little regard for human lives,” — whether it's protection officers or innocent bystanders.

How to avoid getting in the crossfire: 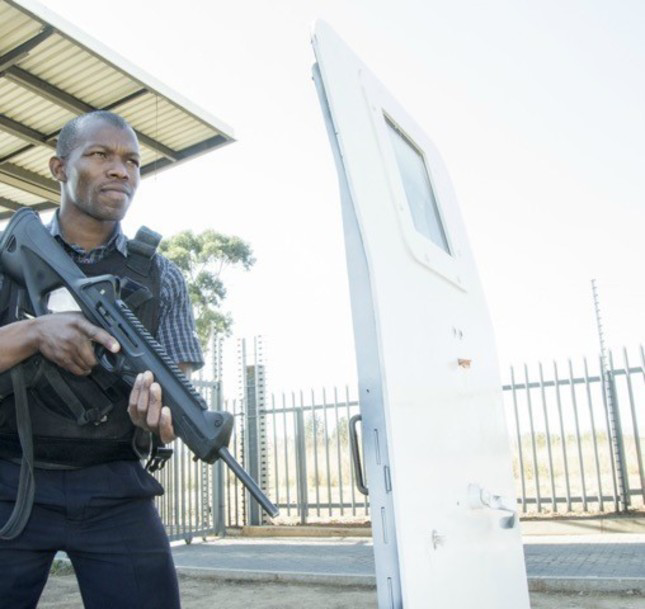 "Protection officers are trained on the modus operandi of Cash in Transit criminals — and one of these tactics is diversion,” says SBV.

“If someone approaches them, they are trained to see this as a diversion tactic designed to take their attention away from the job at hand. Protection officers may seem brash and unfriendly, but they are trained to be solely focused on their job — which is moving assets quickly and efficiently while at the same time keeping those around them safe."

If you are on an escalator or in a lift you might be asked to make room for armed protection officers to pass, as it’s important to get a high risk item in transit off the premises as quickly as possible. Step out of the lift, if you can. Another current modus operandi is where large groups of criminals, heavily armed with automatic rifles, drive stolen luxury vehicles, and force the cash-in-transit armoured vehicle to a stop. (Picture: News24)

Armoured vehicles park in places that allow easy and swift access to pick up points so that protection officers can get in and out quickly, so make sure you don’t park them in. 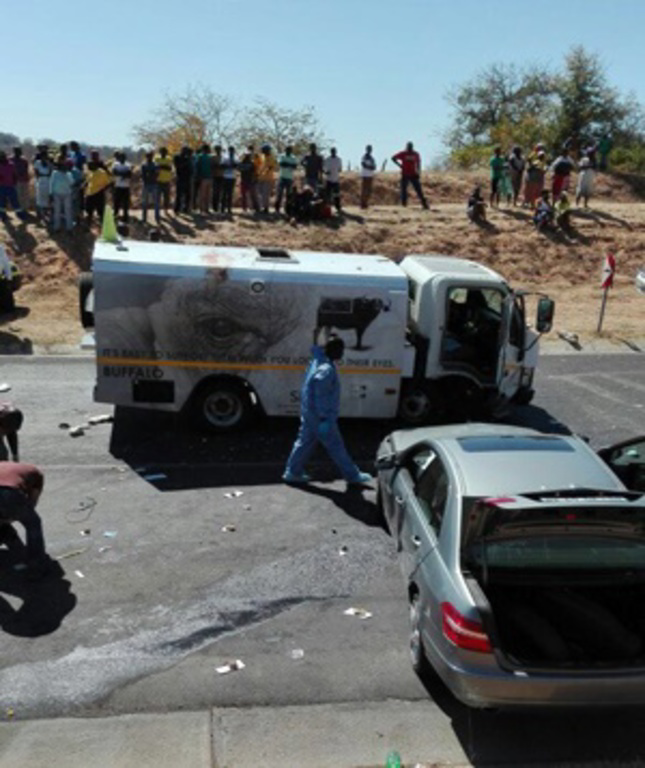 The scene of a cash-in-transit heist in Hazyview. (Picture: News24)

Don’t approach armoured vehicles for any reason. If you need to contact the cash services company, you can call the number marked on the vehicle.

5. Postponing use of ATMs If an ATM is being filled or emptied, rather leave the area and come back when you know it’s been completed.

Related Links
Fishing boats are turning off anti-collision technology in ways that put millions of people at...
The 50 most violent cities in the world in 2017: Cape Town in the top 15, but Joburg doesn't even...
South Africans are paying up to R1.45m to bulletproof their cars as hijackers use new AK47 bullets
Next on Business Insider
American Airlines stopped a family from boarding a flight after they said their daughter had special needs