A row of ambulances parked outside the Royal London Hospital.
Daniel Leaf-Olivas/AFP via Getty Images

United Kingdom Prime Minister Boris Johnson announced last week that people infected with the coronavirus variant first reported in the country may face a higher risk of death than those who get the original virus.

"There is some evidence the new variant may be associated with a higher degree of mortality," he said at a press conference on Friday.

Studies have shown that the variant, known as B.1.1.7, is more contagious than its viral predecessors. But evidence had not suggested the strain was deadlier until now.

"Whereas an average of 10 out of a 1,000 older people died of the old variant in the UK, this appears to have increased to 13 out of 1,000 people with the new variant," Patrick Vallance, the UK's chief scientific advisor said on Friday. He stressed, however, that the evidence remained "uncertain."

Some experts have since pointed out that just because more people infected with this variant are dying doesn't mean it's more lethal than other versions. It could be that the UK's health system is overburdened by the country's coronavirus case spike, or that the strain's increased transmissibility enables it to infect more people with underlying health conditions. Johnson's announcement was based on research collected by UK's New and Emerging Respiratory Virus Threats Advisory Group (NERVTAG), which analyzed differences in mortality between people in the UK who'd been infected with B.1.1.7 and those with other strains.

After controlling for variables such as a patient's age, sex, and geographic location, researchers from the London School of Hygiene & Tropical Medicine and Imperial College London found that, on average, people infected with B.1.1.7 had a 30% higher mortality rate.

A follow-up analysis from Public Health England analyzed data collected between November 23 and January 4, and found that B.1.1.7 was 65% deadlier than other strains. Researchers from the University of Exeter, meanwhile, looked at samples collected since October 1 and found that people infected with the variant were almost twice as likely to die.

However, the researchers didn't find any evidence that people infected with B.1.1.7 were hospitalized at higher rates.

However, William Schaffner, an infectious-disease expert at Vanderbilt University, told Insider that it's possible fewer people were going to hospitals for treatment, especially given reports that UK hospitals were on the verge of being overwhelmed.

The World Health Organisation said on Friday that it still needed to see the data UK officials were using before confirming whether the B.1.1.7 variant does indeed cause more severe disease. 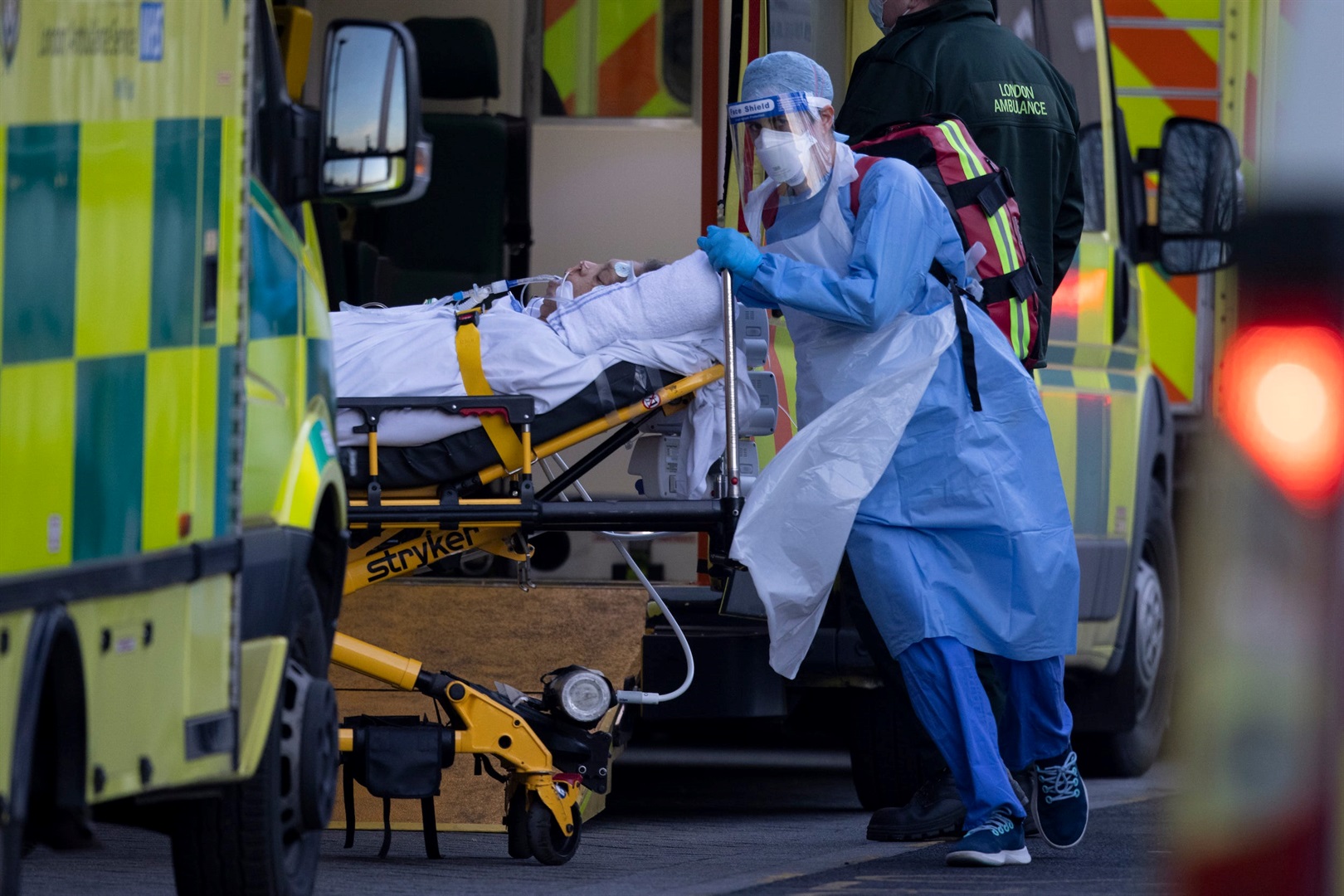 A COVID-19 patient is loaded into an ambulance in London, England.
Getty

If the strain is indeed more lethal, one potential reason could be that people infected with B.1.1.7 have higher viral loads, meaning they produce more viral particles when they're infected. Higher viral loads, multiplestudies show, are associated with a higher risk of death and more severe disease.

"That was the first thing that certainly came to my mind," Schaffner said. "It would make very good sense."

That could also explain the increased contagiousness, since the more viral particles a person spews, the more likely they are to infect others.

But it's also possible that the variant's increased transmissibility is indirectly causing a higher death rate even though the strain itself isn't deadlier. B.1.1.7. has several mutations in the code for its spike protein, which the virus uses to invade cells, that make it between 50-70% more contagious than the original.

One such possibility is that because there are so many more cases in the UK, healthcare systems are stressed and resources are scarce. That on its own can lead to higher death rates.

"If your cases get out of control, your deaths will get out of control as your health system comes under pressure," Mike Ryan, executive director of the WHO's health emergencies program, said in a press conference on Friday.

It's also possible that the strain's increased transmissibility ensures the virus infects more people who are at higher risk of severe illness.

"It may not be because the virus itself is making any individual more likely to get severe Covid," Schaffner said. "It may simply be a matter of a more contagious virus getting to more vulnerable people who are older or have underlying health problems like diabetes or lung disease." The UK researchers' conclusions were based on just 8% of the total deaths that happened in the UK during the study period, which is why Vallance still considers the evidence to be "not yet strong."

"The results of all studies may therefore not be representative of the total population," NERVTAG concluded.

To determine which strain infected and killed a person, scientists must genetically sequence a sample of the patient's blood or saliva. The process is time-consuming, and samples collected from patients aren't always sent in for sequencing.

The data also did not account for any underlying health conditions in the people who died from Covid-19, which could also skew the mortality rates.

Regardless of the quality of the data, however, and regardless of whether or not the new strain is truly more lethal, its spread will almost certainly lead to a higher death toll in total, since infected individuals will spread it to more people.

Adam Kucharski, an epidemiologist at the London School of Hygiene and Tropical Medicine, compared three hypothetical scenarios on Twitter to demonstrate this.

Assume the original strain of the coronavirus has a reproductive value (meaning the average number of people one sick person infects) of 1.1 and kills 0.8 people out of every 100 who get sick. In a population of 10,000 people, that virus would kill 129 people in a month.