“Afrikaans” has been trending for the past 24 hours on South African Twitter as hundreds of users changed their profiles to resemble Afrikaners.

Tweeting in broken Afrikaans, users translated popular Afrikaans terms with phrases such as “assoblief” for please, “fumbleer” for fumble and “kontrol” for control being born @_uSboh asking for money to flee the country on Twitter (supplied) 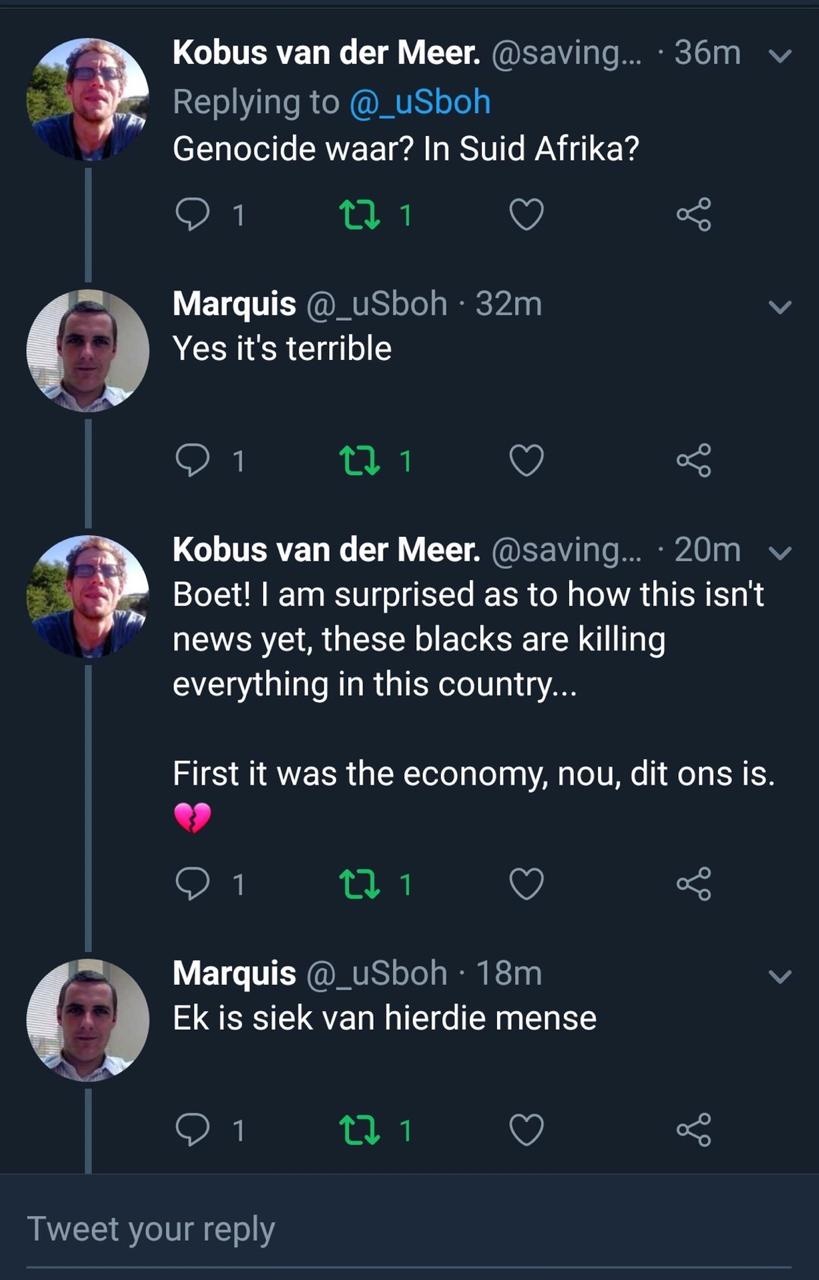 “He acted like a white Afrikaner trying to get money to escape the country,” Louw told Business Insider South Africa.

“And then Twitter just ran with the whole idea.”

Louw said it died down by Friday morning, when people most people restored their former profile pictures and names.

“Generally the response was positive, most people found it funny,” he said. “People who couldn’t understand Afrikaans hated it.”

My thumb after tweeting in #Afrikaans last night???? pic.twitter.com/nXmdEAoGAe

I'm sure Google translate has broken some record today#Afrikaans