Why Siamese cats have become scarce in South Africa 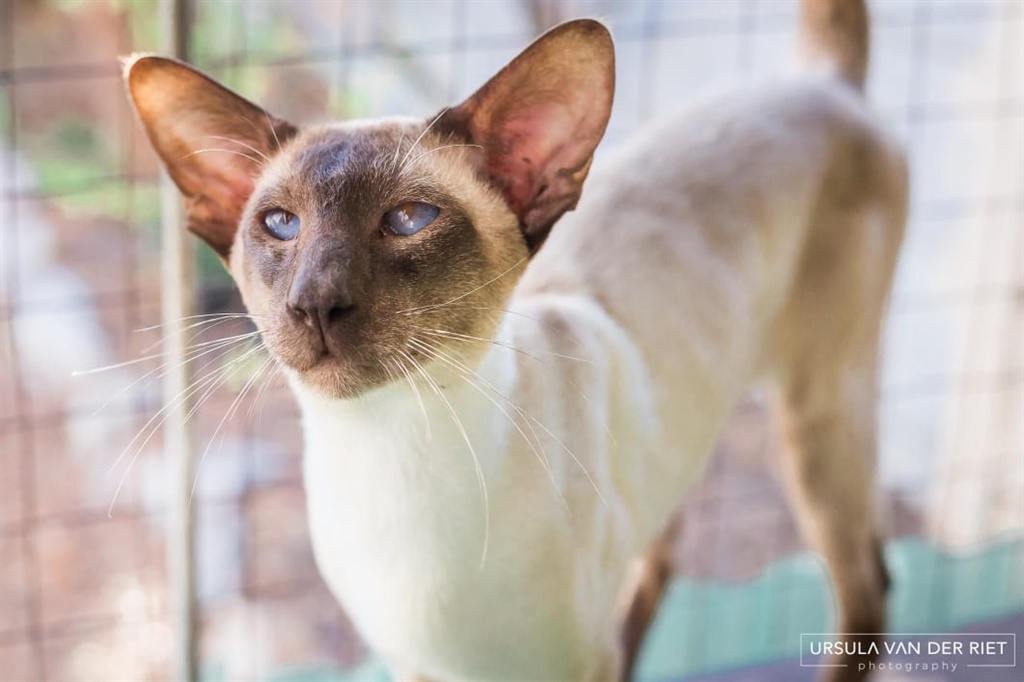 Steeped in legend and instantly recognisable, the elegant Siamese is an icon of feline beauty and grace.

Once upon a time – and not too long ago either - there were breeders aplenty and kittens were freely available. Lavish cat shows featured row upon row of gorgeous exhibits in all the Siamese colours. Today, it’s a different story. There are far fewer breeders around, kittens are hard to come by and hardly more than a handful of Siamese can be seen on show benches.

Cape Town-based breeder Marlene van Dyk, a long-time member of the Siamese Breeders’ Group of South Africa, has been breeding show quality Siamese since the eighties and has a houseful of rosettes to prove it. She says: “It’s been coming because a lot of the breeders were older and have given up breeding - they’ve retired from breeding and there aren’t any youngsters coming up.” Gauteng breeder Elizabeth van Renen adds that breeder numbers have dropped over the last two decades as people started having many more demands on their time and resources, and many more leisure options.

Pet homes are also increasingly restricted in the number of cats they can keep, either because of finances or because many more people are now living in places where cats are not welcome.

An additional factor is that backyard breeders have moved on to breeds which are currently fashionable and in high demand, such as the Maine Coon, Ragdoll, Munchkin and Sphynx, says Van Renen.

Van Dyk offers another explanation: “Maybe it’s also because there are a lot more other breeds around than there used to be in the olden days, so maybe people are now going for the new fashion breeds.”

She points out that prices of Siamese kittens were kept down because there used to be so many of them around. Now that there are far fewer kittens, “we can’t just suddenly put the price up”, adds Van der Riet. It would certainly be an incentive for someone with money on their mind to rather go for a breed whose kittens can fetch higher prices, such as the Maine Coon – the breed of the moment. Van der Riet says: “You really need to have a passion for breeding and for improving the breed. It’s not about making money – you don’t make money, in fact you lose money on the deal. You need good, ethical breeders that are breeding towards the standard, breeding for health and not doing backyard breeding. I don’t think there are many people like that around.”

Another possible reason for the decline in popularity of the Siamese breed could be its contemporary looks. Van Dyk, who is the kitten officer for the Siamese Breeders’ Group, says: “A lot of people still enquire about the old-fashioned Siamese. They are not keen on the ‘over-typed’ modern Siamese, they don’t like the fly-away ears.”

However, Van der Riet points out that many people don’t really know what a Siamese should look like. The fondly-remembered cat they grew up with may have had blue eyes and a pointed coat colour, but its rounded features were those of an ordinary house cat and not a pure-bred feline with a proper pedigree.

Apart from fewer breeders, the kitten crunch could also be because of a shortage of studs - male cats used for breeding purposes. “One of the reasons could also be that breeders can’t afford to import, it’s just too expensive. It’ll probably cost you about R40,000 at least to import from the UK, and more to import from elsewhere,” says Van Dyk.

Van der Riet, who has imported studs from Slovakia and the UK, tentatively puts a price tag of R50,000 to R60,000 on an imported stud. “You need to put money into getting new bloodlines. People don’t have that kind of money because of the economy, and because the exchange rate is so poor. That’s a huge problem.” What can be done to reverse this trend? Van der Riet says breeders need to work together and make their studs available to other breeders. She explains that it’s not going to help the gene pool if breeders import new bloodlines which are then not fully utilised to benefit the breed, and suggests that they pool resources to make importing affordable. “Maybe saying ‘well, I can’t afford R60,000 but maybe I can put down R20,000’ – perhaps that’s an option if you don’t have the money.

“We need more brood queens but we definitely need more studs. There are not enough breeders, and not enough cats. That’s why we don’t have kittens - you need both of those!”

Shrinking shows are a global trend Another significant factor is that cat shows have become so much smaller. Cat shows matter, says Van Renen, because serious breeders aim to improve not just the beauty but also the health and temperament of their chosen breed. Cat shows present an opportunity to measure and display their progress, so that the next generation will conform more closely to the breed’s show standards.

Siamese breeder and cat show judge Lynel du Toit confirms that this is a worldwide phenomenon. “It is a global trend - definitely in Europe, which includes the UK, as well as Australia and New Zealand.” Van Renen affirms this: “The cat fancy in other countries has also shrunk, which impacts all breeds.”

So, does the Siamese breed have a future in South Africa? Van der Riet pulls no punches: “If you don’t have more cats and breeders willing to spend the money to import cats and keep and breed them, there won’t be any more Siamese left in the country.” But she adds that she can’t see that happening in the long term: “I won’t let it happen as long as I’m breeding.” Van Renen says: “Siamese, as any other breed, will be bred as long as there are passionate breeders wanting to work with the breed, and passionate pet owners out there who adore them.”

Van Dyk points out that the Siamese is one of the oldest cat breeds around. “It’s a natural breed, it’s not a man-made breed.”

Siamese cats are loud, intelligent and interactive with super affectionate natures, says Van der Riet. “It’s almost like having a dog, but in a cat form. They’re low maintenance, they’re very easy to look after and they eat anything. What’s not to love?”

Related Links
The 5 rarest cat breeds in South Africa, including a werewolf cat which costs R15,000
The real story behind canned lion hunting in SA
Watch: This pet owner goes paddleboarding with his cat
Next on Business Insider
13 benefits of sex that can improve your mental and physical health